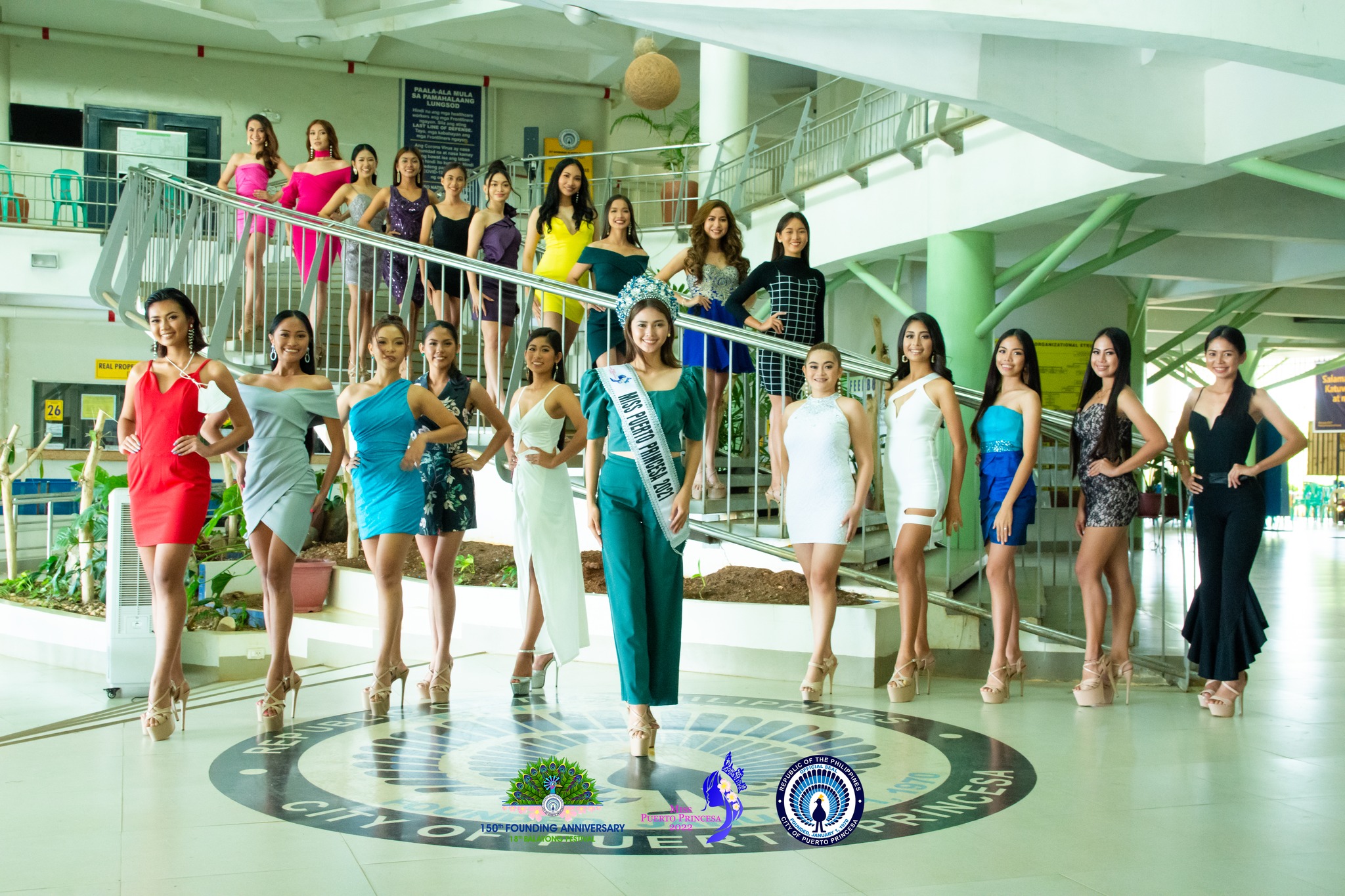 Last February 19, twenty empowered and inspiring ladies who are set to represent their barangays and communities in the Miss Puerto Princesa 2022 Pageant were presented in front of the local media during a Press Conference held at the Hue Hotels and Resorts Puerto Princesa. It was the kick-off event for the sesquicentennial celebration of the 150thth founding anniversary of the City of Puerto Princesa and the 18th celebration of the city’s famous Balayong Festival that highlights the history, beauty, and resiliency of our town for the past 150 years. 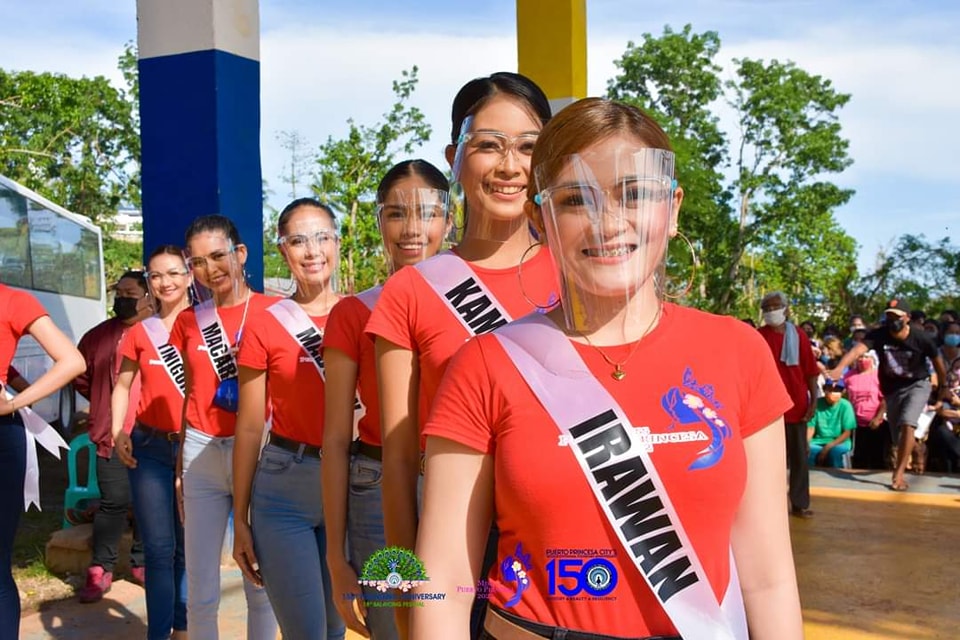 As early as December 2021, the Miss Puerto Princesa (MPP) organization along with the reigning queen, Jemimah Joy Zabala who represented Palawan State University during her 2021 stint has been on a quest to find a worthy successor in the different barangays, schools, and community groups in the city.

For this coming edition of the beauty pageant, it will still embrace the three key roles that they established since 2021, to be A ROLE MODEL, A HARBINGER OF HOPE, AND A RALLYING POINT. MPP organization upholds these three pillars to play its part in the fight and recovery from the two major crises that our town is facing today – the current COVID-19 situation and the severe devastation brought forth by the Super Typhoon Odette to our Kababayans, particularly those residing up North. 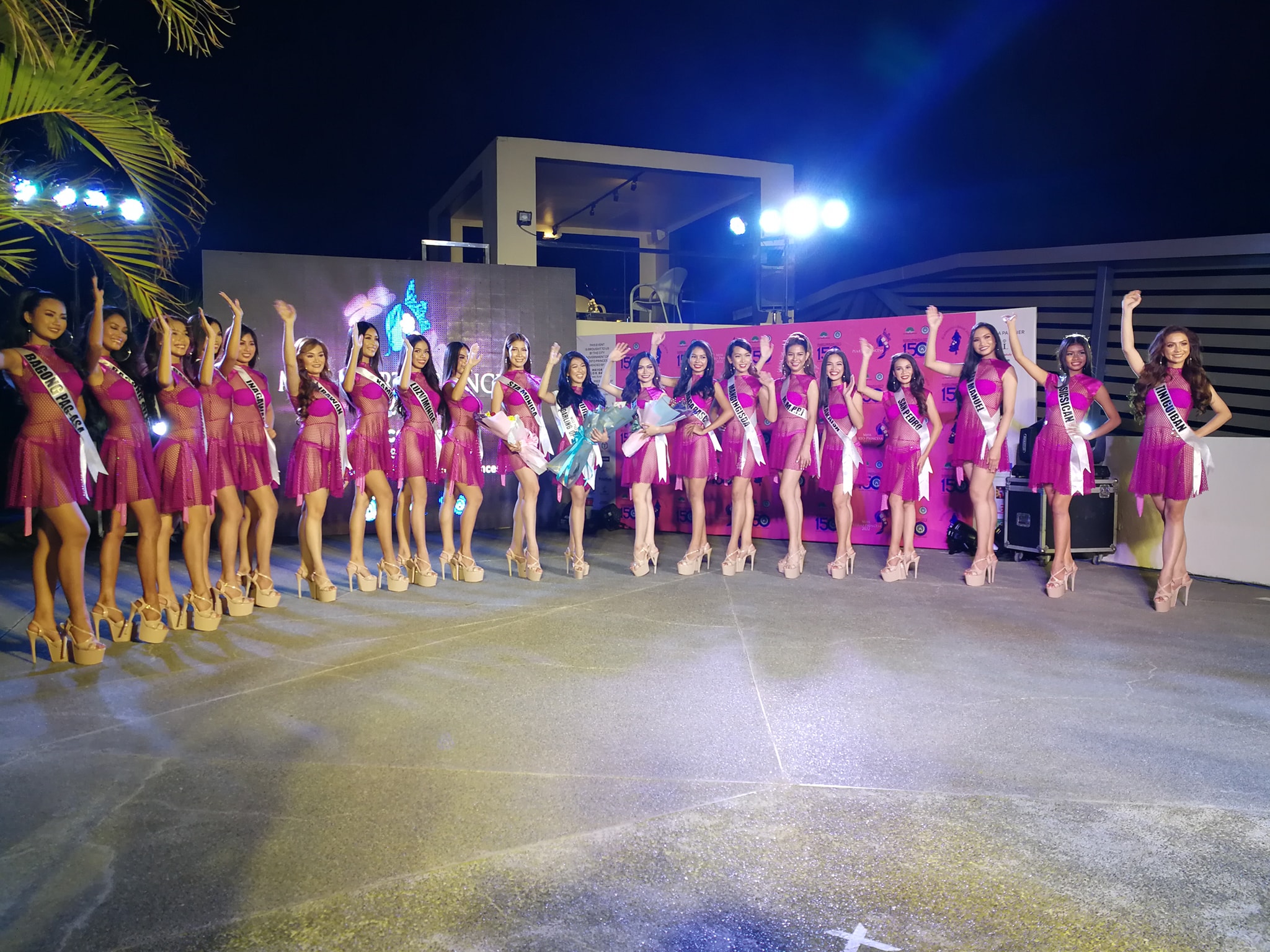 During the media presentation, all of the 20 dazzling candidates strut their stuff on the runway wearing swimsuits and dress from Sonny Boy Mindo Wardrobe, and shoes from Jojo Bragais. Each of the ladies proved they are incredibly unique, charismatic, confident, dynamic, resilient, and a woman of substance – all of which are qualities that a true queen shall possess. Most of them are fresh faces in the pageant scene while some are also local (barangay) pageant veterans. This year’s set of pageant hopefuls are also very diverse – there is an online seller, a COVID survivor, a call center CSR, a Tourist Tour Guide, a former missionary in the United States, a representative of public market vendors, candidate that champions education through teaching free to Out-of-School Youths (OSYs) and runs a livelihood program to help young parents, and proud Person with Disabilities (PWD) member.

After the opening number and quick swimsuit round, the girls were put into hotseat oneby-one for the much-anticipated moment of the night – the question-and-answer round together with the members of the press. All the girls were given fair chance to answer the questions without a time limit. Some of the most interesting and intriguing questions that were asked by the press are about the qualities of the next president, their advice for the first-time voters, women empowerment, and their stand on several relevant social issues like abortion, divorce and samesex marriage. While most of them exuded intelligence effortlessly and were able to perform with grace under immense pressure, some felt very challenged with question thrown at them and buckled due to nervousness.

At the end of the night, three candidates were given special awards as chosen by the members of the press. Jonamie Mangcucang from Barangay Sta. Monica bagged the Miss Body Beautiful award, Miss San Miguel, Theressa Mae Bertos was chosen as the Face of the Night, while awarded as Darling of the Press is Miss Sta. Lourdes, Jonalyn Galleno. All of them took home a bouquet and cash prize.

After the Press Conference, fans will still get to know more about the 20 stunning contenders in a series of official pageant activities and events. Last February 14, the ladies visited the victims of Typhoon Odette in Bgy. Macarascas and Bgy. Binduyan for their Gift-giving and feeding program where 1,400 individuals including children received food packs and meals from org donors. In the upcoming weeks, supporters and a panel of judges will be able to witness and measure the ladies’ grace, wit, and charm in the Closed-door Interview, Talent Competition, Preliminary Competition and other public appearances.

The coronation of the most prestigious pageant in Puerto Princesa will be on March 3, 2022, at the Princesa Garden Island Resort and Spa and will be witnessed by the fans via facebook live on the official pages of Miss Puerto Princesa and City Information Office. This is the first time that Miss Puerto Princesa coronation night will be held in a private hotel\resort as the venue, this is due to some safety protocols and unavailability of City Coliseum, which in the past is the home court of the City Queen’s. Coliseum is now a vaccination venue of the City Government. 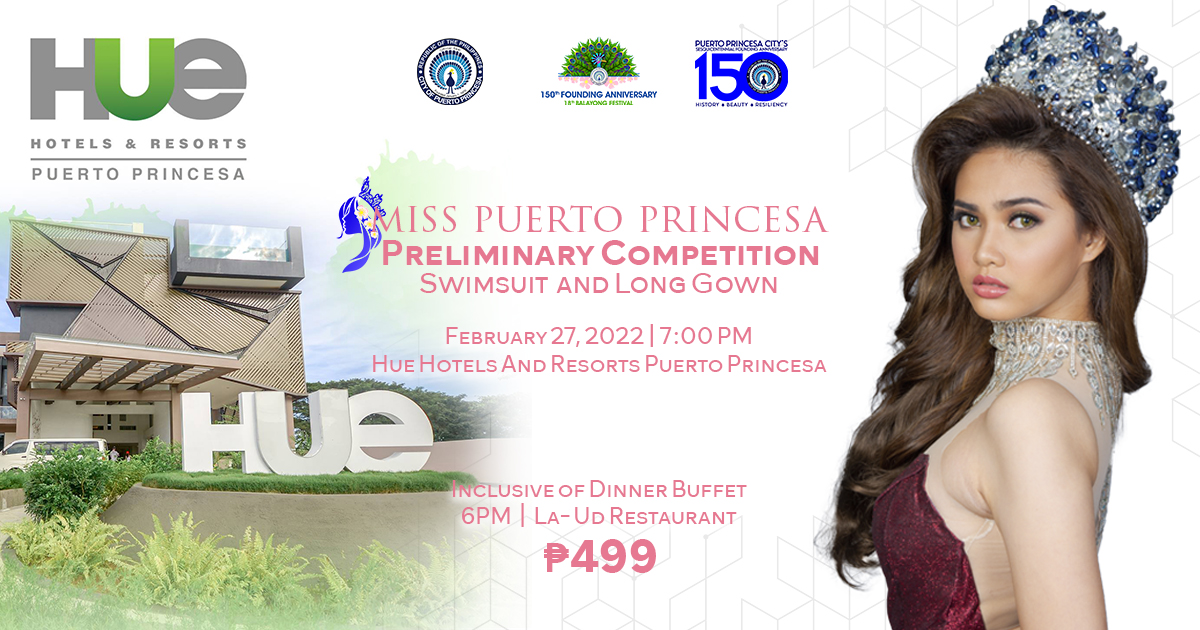 This coming Feb 25 at 5 in the afternoon, this ladies will showcase their talent at SM City Puerto Princesa.