On September 15, 2017, the first SM Mall in MIMAROPA officially opened its doors to the public by SM Executives headed by Mr. Hans T. Sy, chairman of the Executive Committee of SM Prime Holdings, Inc.

Envisioned as Palawan’s premier mall, SM City Puerto Princesa is a resort style complex that reflects the province’s tropical feel while integrating SM’s innovative design approach. For the past 3 years, SM Prime Holding’s 64th mall served shoppers in Puerto Princesa as well as residents of the nearby towns in Palawan.

With The SM Store and SM Supermarket as its major anchors, SM City Puerto Princesa brings to Palawan a mix of SM mainstays like SM Appliance Center, ACE Hardware, Watsons, Surplus, Miniso, Kultura, and Sports Central; as well as national and global brands in its 185 food and retail shops.

Eating out options include specialty restaurants, and international and local food   chains. Dining in the mall is experiential, not only because of the exciting food choices, but also because its two levels of restaurants give diners amazing views of the Puerto Princesa Bay and Thumb Peak.

The mall also brought great entertainment to Palawan with its three state of the art cinemas and two Director’s Clubs. Indeed, lifestyle in Palawan has never been the same again. 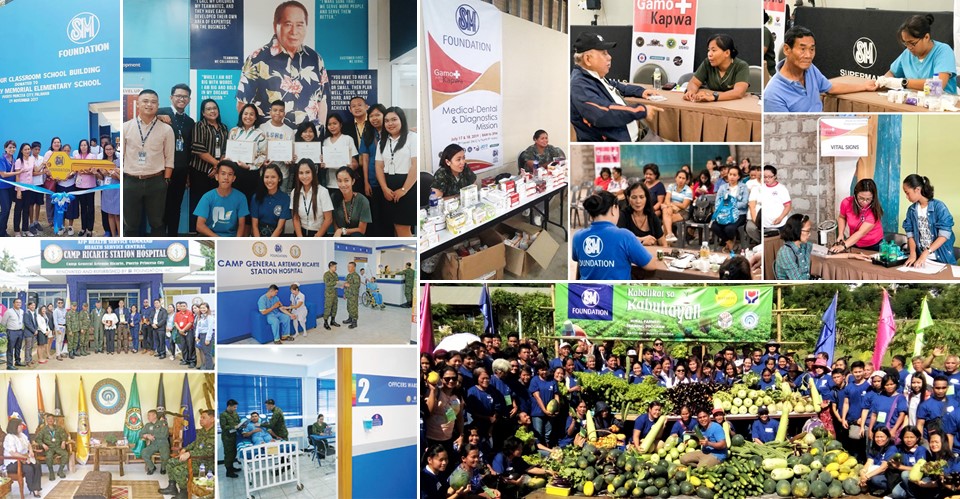 For three consecutive years, the City Government has awarded the SM Group as the top taxpayer in Puerto Princesa City. This greatly boosts the economic development of the City as it maintains to be one of the fastest growing local economies in the country.

The mall also gives employment opportunities to more than 3,000 local residents of Palawan. This does not include yet the number of local suppliers supported by SM through its operational and retail needs. True to its mission of becoming a catalyst of economic development.

Part of SM’s mission is to create opportunities for a richer, better quality of life of the community it serves. In just a span of three years since it opened, SM City Puerto Princesa with the support of SM Foundation, has already donated a school building, rehabilitated a government hospital, provided livelihood opportunities to urban farmers, supported Palaweño college scholars, rendered medical, diagnostic, and dental care to more than 5,000 locals.

The same importance has been given by SM to breastfeeding moms, women, children, PWDs, and the environment thru various SM Cares programs.

Even during this pandemic, SM City Puerto Princesa is one of the very first to show generosity to the community by waiving its rents to affected tenants and continuously paying its employees in full during lockdown. Several donation drives were also administered like donation of PPEs and medical supplies to local front liners, donation of Kalinga packs to several communities as well as to PUV drivers and fire victims.