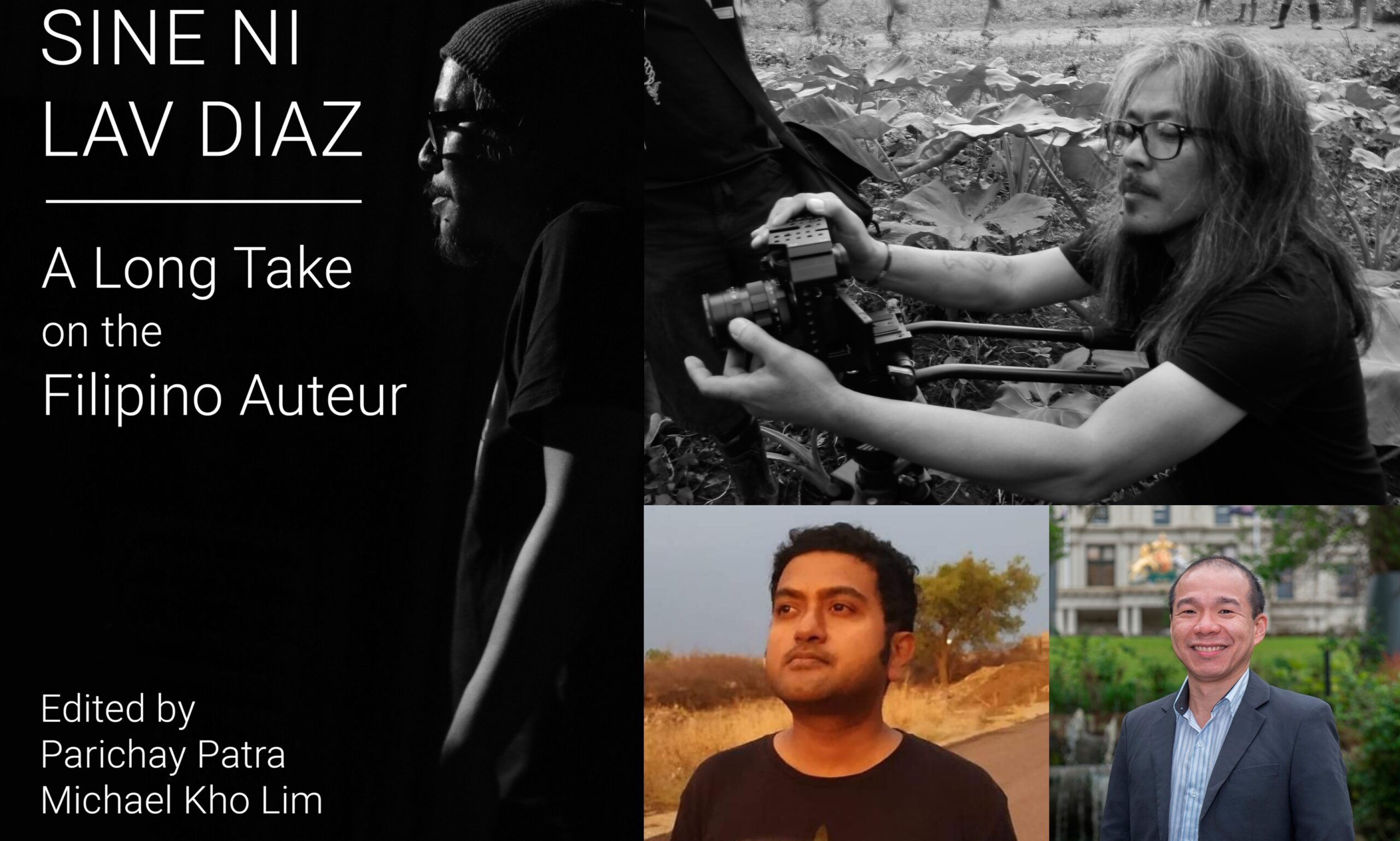 SINE ni Lav Diaz: A Long Take on the Filipino Auteur, a book detailing the life and works of celebrated Filipino filmmaker Lav Diaz, is hot off the press as the Intellect Books (UK), De La Salle University, the Cinemalaya Foundation, Inc. and the Cultural Center of the Philippines launched it on August 16, 2021, live stream via the CCP and Cinemalaya Facebook pages.

The first book-length study on the groundbreaking auteur, the collection takes a critical look at his career and corpus from various perspectives, with contributions from cinema studies researchers, film critics, festival programmers, and artists.  It offers a nuanced overview of the filmmaker and the cinematic traditions he belongs to for film enthusiasts, researchers, and general readers alike.

Though Diaz’s contributions to slow and durational cinema are well known and his importance in contemporary world cinema is beyond doubt, the director remains largely unexplored in cinema studies.  The book addresses this research gap, situating Diaz at the crucial juncture of new auteurism, Filipino New Wave, and transnational cinema, but it does not neglect the industrial-exhibitional coordinates of his cinema.

This original collection considers Lav Diaz and his works without being confined to a specific approach or research method. On the contrary, it touches on nearly every major contemporary academic approach to cinema. 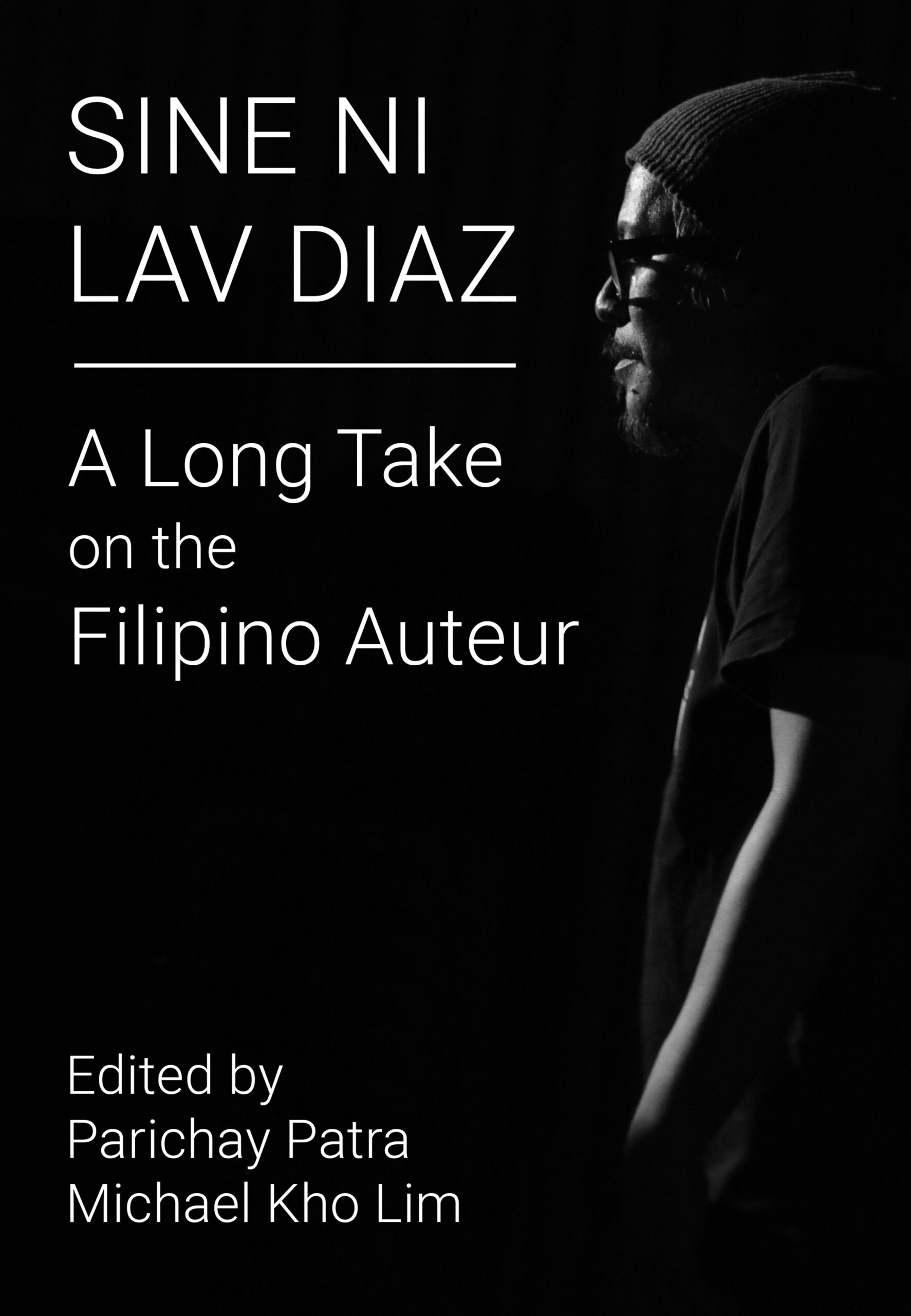 The book was edited by Parichay Patra and Michael Kho Lim.  Patra is an assistant professor of Film Studies at the Department of Humanities and Social Sciences, Indian Institute of Technology Jodhpur, India. He is currently working on his monograph on the Indian New Wave of the 1970s.

Lim, meanwhile, is a lecturer of Media and Cultural Policy, and acting course director of the Master’s program in Cultural and Creative Industries at Cardiff University, UK.  He is the author of Philippine Cinema and the Cultural Economy of Distribution (Palgrave Macmillan, 2019), co-editor of Re-imagining Creative Cities in Twenty-First Century Asia (Palgrave Macmillan, 2020), and co-author of The Media Kit: A Frame-by-Frame Guide to Visual Production (Anvil Publishing, 2008).  He currently sits as Assistant Secretary on the National Committee on Cinema under the Sub-commission on the Arts of the National Commission for Culture and the Arts.

The book cover features a photo of the director on the set of Ang Hupa (The Halt), taken by Cielo Bagabaldo, a Filipino filmmaker who produces, directs and edits short films, music videos and online content. A DLSU-CSB graduate, she continues to explore different sides of new media and uses her multimedia skills in creating content for various audiences.

The Sine ni Lav Diaz book launch is part of the 2021 Cinemalaya Philippine Independent Film Festival, happening until September 5, 2021. Watch the films in competition and exhibition via ktx.ph.