As governments and humanitarian organizations all over the world are trying to respond to COVID-19, other diseases have not stopped spreading. One such disease is tuberculosis (TB), which killed approximately 1.4 million people in 2019.

Treatment for TB can take anywhere from six months to two years. Some of the medicines used have toxic side effects. Many patients are unable to complete the treatment, while some contract forms of TB that are resistant to the drugs used for treatment. This is called DR-TB.

DR-TB is a global health emergency. The pandemic threatens to make the situation worse.
Filipino Medecins Sans Frontieres/Doctors Without Borders (MSF) doctor Marve Duka observes, “With COVID-19 happening, the focus is taken away from TB and other diseases. There has been a 50% reduction in diagnosis and treatment in recent months.”

This is a global problem, as resources shift to responding to COVID-19. These factors risk increasing TB transmission, morbidity and mortality, due to delays in TB diagnosis, treatment and prevention. In an April 2020 survey of 20 high-burden countries, at least 40% of national TB programs reported that TB facilities were being used for COVID-19 response.

This is a cause for concern in India, Indonesia, Philippines and South Africa, four countries that account for 44% of global TB cases. Between January to June 2020, there was a 25-30% reduction in the reported number of people diagnosed with TB in the first three mentioned countries, compared to the same 6-month period in 2019.

Research and development for TB treatment

While pharmaceutical companies are racing to develop COVID-19 treatments, vaccines and tests, MSF continues to work to end TB. One way MSF is doing this is through TB PRACTECAL, a clinical research project started in January 2017 with partners in medical research and the ministries of health in affected countries. Through a clinical trial compliant with international standards for good clinical practice, the project aims to find short, tolerable and effective treatments for people with DR-TB.

In 2019, 32-year-old South African electrician Bonginkosi Emmanuel Mkhize became the 240th patient to enroll in TB PRACTECAL. “I decided to take part in TB PRACTECAL because I wanted to make a difference for my children’s future,” says Bonginkosi. “Having a shorter treatment for MDR TB would mean so much for me and people like me.”

Current MDR-TB treatment involves taking up to 20 pills daily, for between nine and 24 months. By testing six-months, all-oral, once-a-day regimens, TB PRACTECAL hopes to radically improve the lives of people suffering from the disease.

Bedaquiline is the first new TB drug to be registered since 1963, and the first to be effective against DR-TB. The World Health Organization (WHO) recommends bedaquiline as the backbone of DR-TB treatment, to replace older, more toxic drugs that have to be injected daily and can cause intolerable side effects, such as deafness.

In April 2014, delamanid was conditionally approved by the European Medicines Agency, and has since been used in combination with other drugs to treat DR-TB, including XDR-TB.

In light of the COVID-19 pandemic, WHO has advised that people with DR-TB in the safety of their homes by using all-oral regimens instead of injections that require people to go to clinics. Being oral drugs, both bedaquiline and delamanid can play a crucial role in offering an all oral regimen.

But access to these drugs had been mostly hampered by one major obstacle: price.

Since 2012, Johnson & Johnson (J&J), the pharmaceutical corporation that holds patents on bedaquiline, has been selling the drug for nearly US$1,200 per treatment course, out of the reach of many who need it. In July 2020, price for bedaquiline was finally lowered to US$1.50 per day after a long campaign by people with TB, civil society and treatment providers including MSF.

However, this price is still not available to all countries. MSF continue to urges J&J to further reduce the price, and to offer the lower price to all countries with a high DR-TB burden, so that more lives can be saved.

Delamanid continues to be one of the most expensive drugs for DR-TB. In June 2020, Mylan, which licenses the drug from the patent-holder Otsuka, announced the price of US$940 for a six-month treatment course for South Africa. This discounted price is still too high, and is not available to any other high burden country. Researchers from the University of Liverpool have calculated that delamanid could be produced and sold at a profit for much less – ranging from $5-16 per month if the drug is scaled up by national TB programmes.

Ananth Ganesan, MSF Access Campaign’s Regional Advocacy Officer. “At this time, when governments and humanitarian organizations are racing to keep this pandemic in check, it is even more urgent to make sure diseases like tuberculosis do not take more lives.” 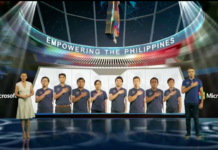 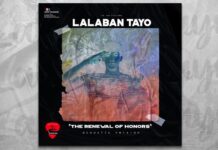 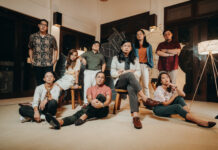