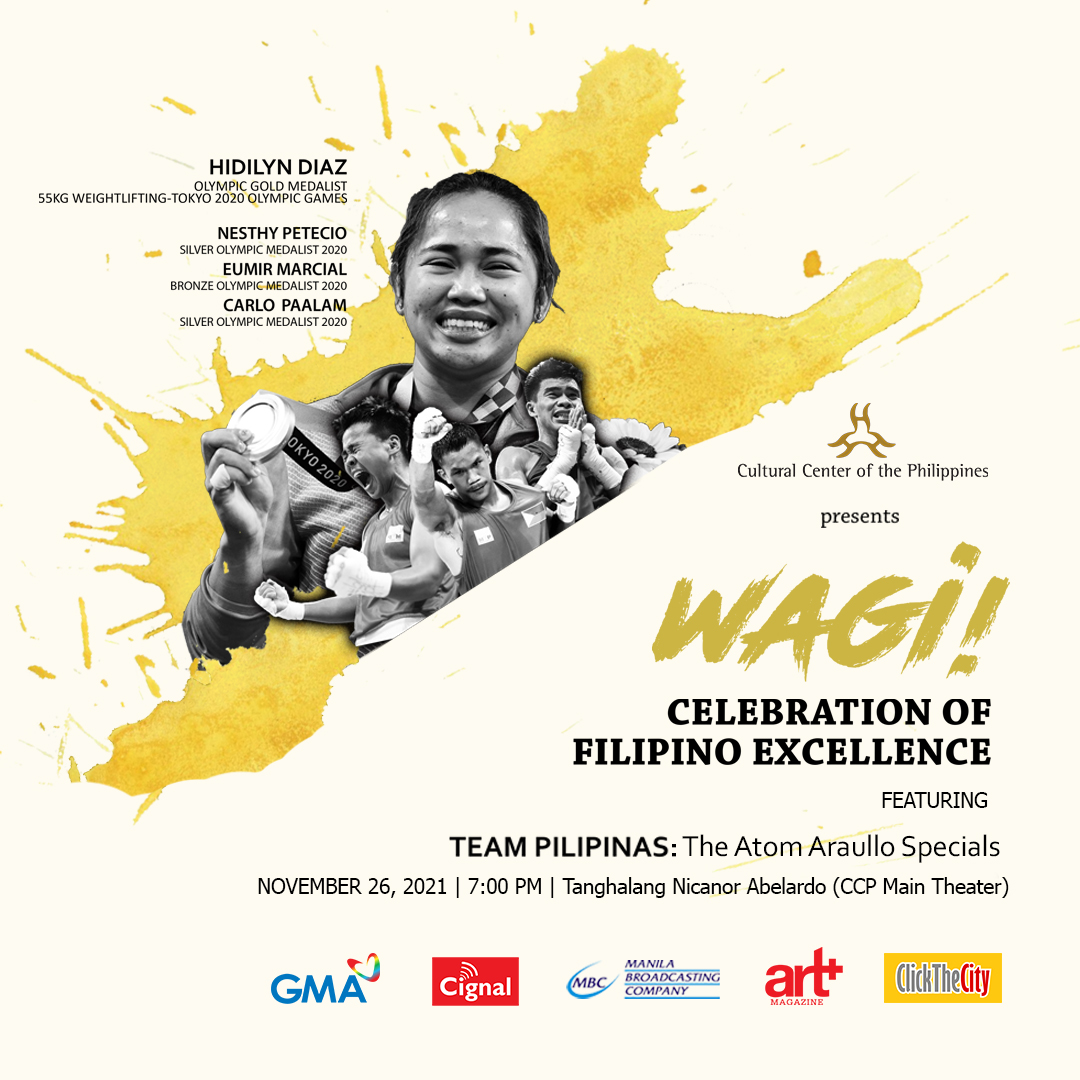 FILIPINO winning spirit and sportsmanship make the podium finish in the second installment of WAGI! Celebration of Filipino Excellence, a series of film screenings to pivot the re-opening of the Cultural Center of the Philippines and celebrate Filipino excellence.

A special program and a moderated discussion with Hidilyn Diaz (Olympic Gold Medalist in weightlifting) and boxers Nesthy Petecio and Carlo Paalam (Olympic Silver medalists), and Eumir Marcial (Olympic Bronze medalist), will be held on November 26, 7PM, at the Tanghalang Nicanor Abelardo (Main Theater). The talk will be moderated by international sportscasting veteran, Mr. Noel Zarate. This will be followed by a screening of “Team Pilipinas: The Atom Araullo Specials,” a documentary by broadcast journalist Atom Araullo of GMA Network.

The 58-minute film chronicles the journey of these Filipino athletes to sports success, highlighting the Philippines’ best Olympic performance since 1924 until the 2020 Tokyo Olympics.  It honors weightlifter Hidilyn Diaz who is the first Filipino to bring home an Olympic gold medal, boxer Nesthy Petecio who is the first Filipino woman boxer to win an Olympic silver medal, boxer Carlo Paalam who won the silver in the men’s flyweight division, and boxer Eumir Marcial who brought home a bronze medal in the men’s middleweight division.

Tickets are now available via Ticket2Me. Get yours for FREE at bit.ly/WagiTeamPilipinas.

To ensure that everyone will have a safe theater experience, please read CCP’s new normal health protocol at http://bit.ly/CCPNewNormalProtocol.