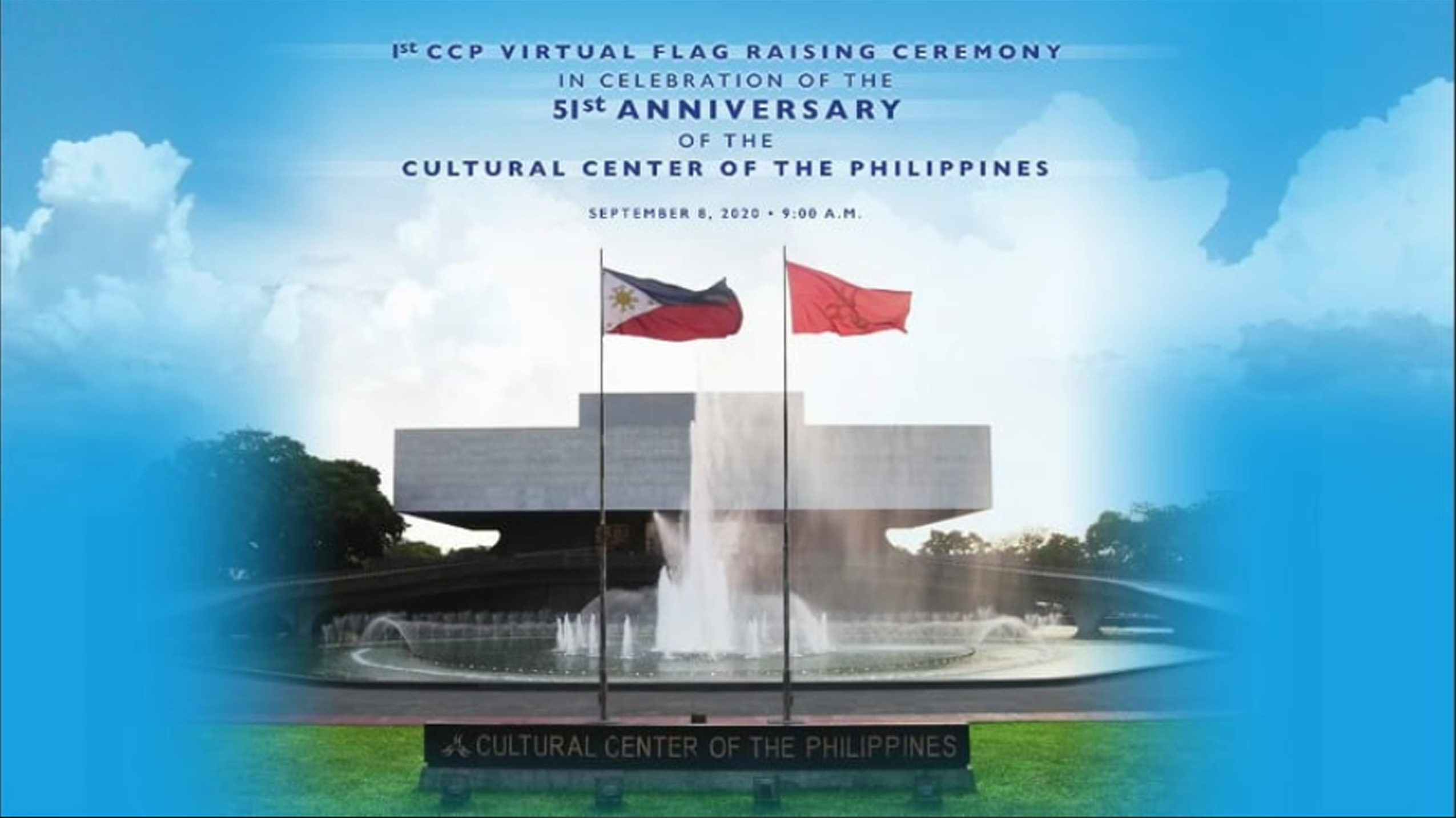 SIX months into the coronavirus pandemic, the Cultural Center of the Philippines is seeking to normalize its operations, keeping the whole complex a safe ground and actively migrating to the digital platforms to make arts and culture still in the forefront of the social development in the country, while keeping as many artists’ livelihoods as possible.

On September 8, 9am, the Center held its first flag ceremony since it locked down on March 15.

Spearheaded by the CCP Human Resource Management Department, the virtual flag ceremony – which was streamed live on the CCP Facebook page – also capped the celebration of the CCP’s 50th anniversary, which began in September 2019, and signals the beginning of the journey to another 50 years of art making.

Part of the program was the tribute to artists, cultural workers, arts and culture advocates, media friends, and employees of CCP who passed away during the pandemic.

In February this year, CCP decided to cancel Pasinaya, its Open House Festival, one of the biggest events produced by the center.  The Festival would have been a super-spreader of the virus if the management decided to push through.  A month later, the CCP locked down its theaters and buildings.

While the theaters remain closed, the CCP migrated its artistic programs online and launched CCP Online, streaming its digital archives in HD.  The CCP made historical milestone with the launch of the digital version of the Virgin Labfest in June, followed by the Cinemalaya Philippine Independent Film Festival, and other programs.  These endeavors have provided jobs to artists and technical staff.

“We are doing our best to take care of the welfare and safety of our employees.  If there are any shortcomings, we are trying to overcome and improve.  We are making the best in this trying time.  In this time of difficulty and uncertainty, let us still count our blessings,” shared CCP VP for Administration Rodolfo Del Rosario.

At the Board level, CCP Chairperson Margie Moran-Floirendo shared that this situation has given the trustees the time to clarify and work on their respective roles in the CCP, in accordance to the law and their mandate to fulfill it.

“You have now active Board Members who are taking their positions seriously to improve our role as trustees at the CCP.  Maybe, and I am certain providentially, they have time to be more involved.  This might be the worst time in our lifetime due to the serious economic downturns; however, as institution, we have to last more than a lifetime.  Theaters existed for 2500 years, surviving pandemics and wars.  There are reasons for us to come out stronger, and achieve our missions and visions more than ever.  In so doing, we can’t leave our artists behind.  Our job is to prepare the CCP for better normal, adapting to the needs of our stakeholders and audiences,” enthused CCP chairperson Moran-Floirendo. 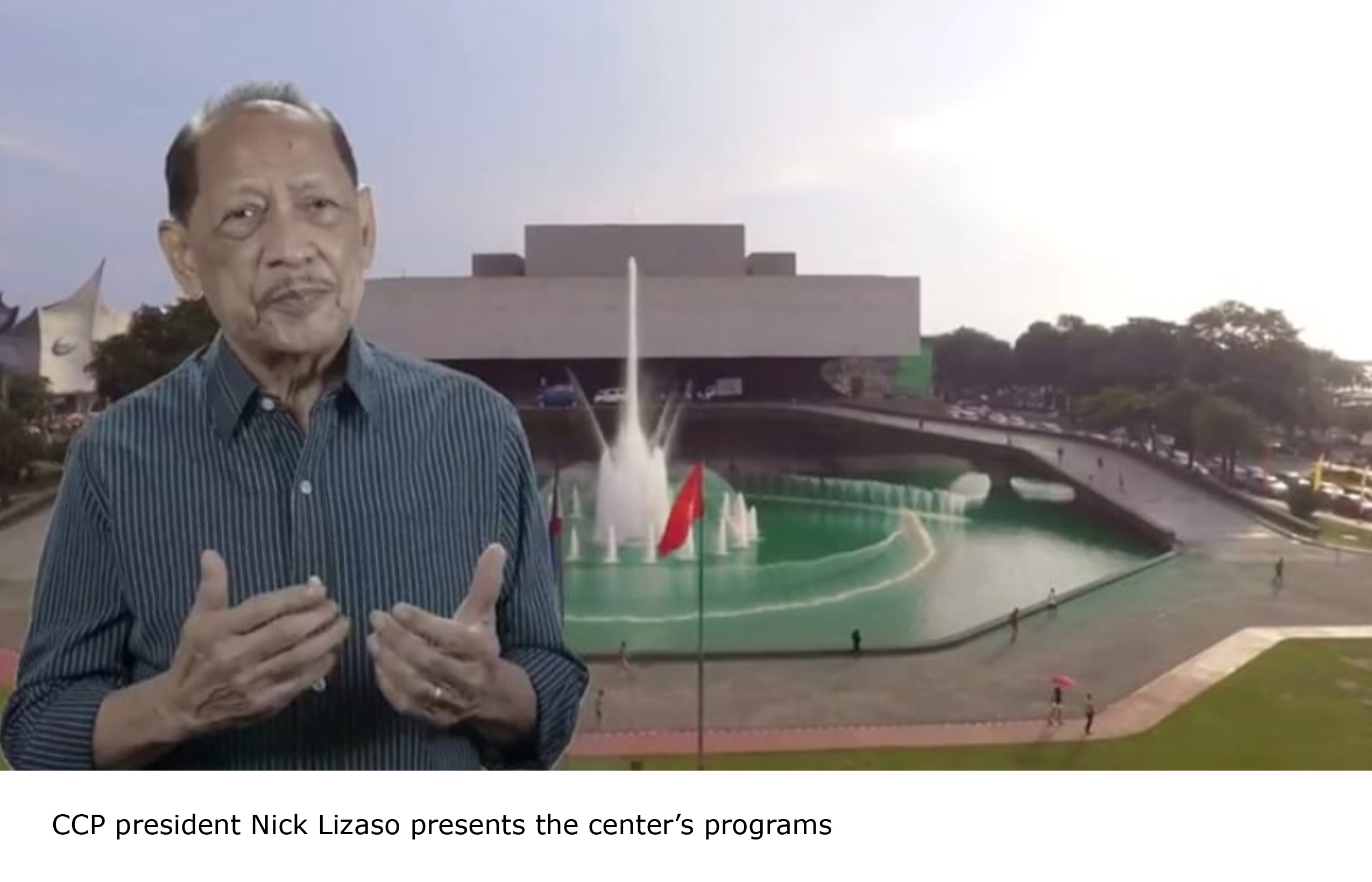 CCP President Arsenio “Nick” Lizaso expressed his gratefulness to all people involved in the preparation and realization of the 50th anniversary and urged everyone to continue to strive to make 51st anniversary more accessible and significant for our people.

To culminate the 50th anniversary, the CCP will still hold a light and sound show on its front facade, which will be live streamed on its Facebook page so that everyone can watch and participate.  The center also plans to launch the CCP digital time capsule as well as special videos in collaboration with its resident companies and other artists.