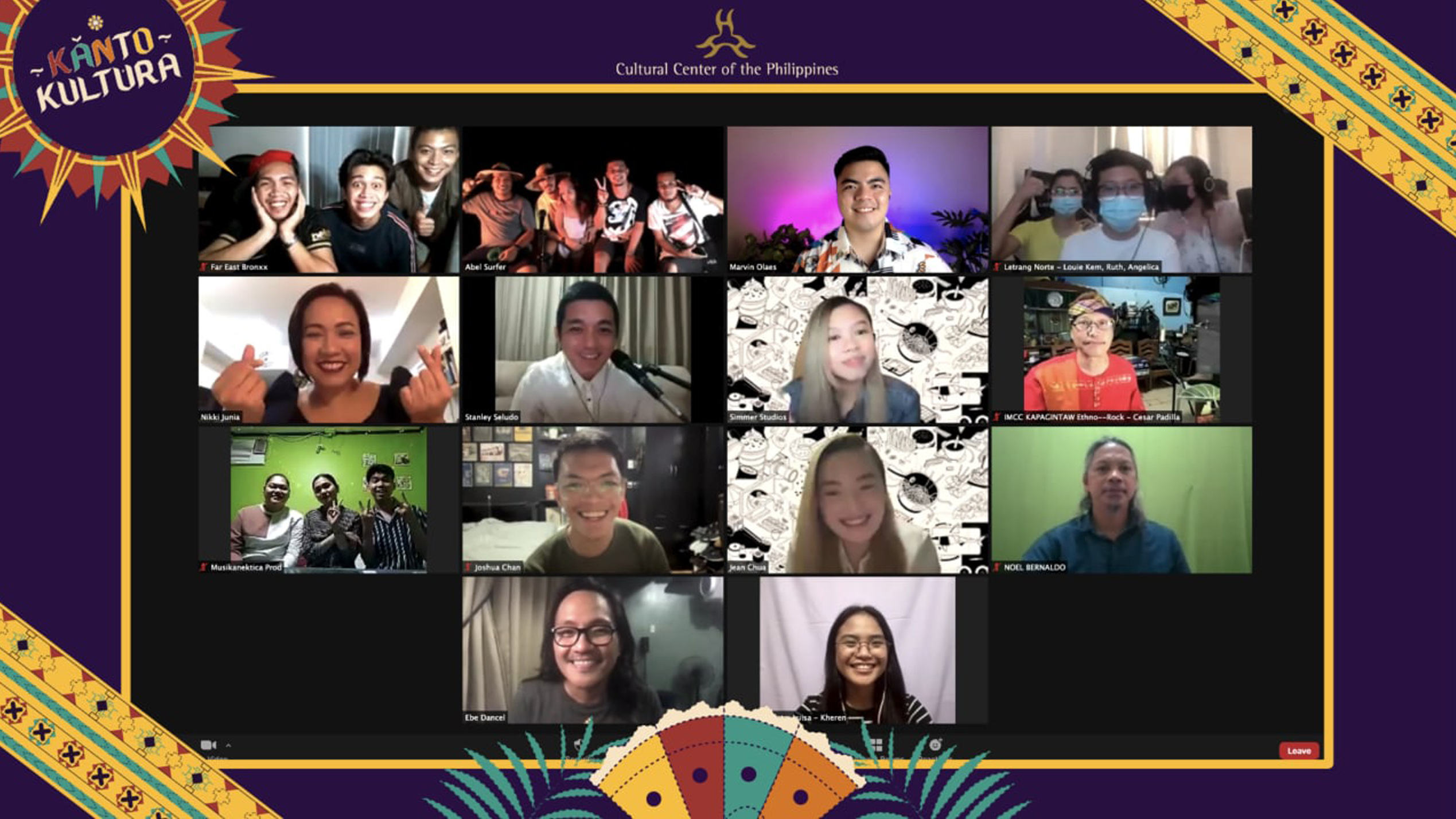 GROUPS from Tuguegarao City, La Union, Las Piñas City, Lanao Del Norte, and Taguig City were among the top winners announced in the first-ever online band competition Kanto Canta via live-streaming at the official Facebook pages of the Cultural Center of the Philippines and Kanto Kultura last June 30, 2021.  Letrang Norte from Tuguegarao City of Cagayan who sang and composed “Tahanan” bagged the grand winner spot while Abel of La Union who sang and composed “Reseta” and The Bratcave of Las Piñas City who sang and composed “Pag-ibig ang Tulay” got the second and third place, respectively. The fourth placer was from Lanao Del Norte with the band called IMCC Kapagintaw Entho-Rock Band with their song composition “Anihan Na”, and Far East Bronxx of Taguig City with their song composition “Bakit Sa’yo Pa Rin” took the fifth spot.

The panel of Judges was composed of renowned artists from the music industry.  It included Filipino folk singer and composer, and a recent SUDI Awardee by the NCCA, Noel Cabangon; The King of Philippine Acoustic Pop, Nyoy Volante; Founding member of pop-R&B band Southborder, Jay Durias; and Kanto Canta project leaders and members of CCP Board of Trustees, Michelle Nikki Junia and Stanley Seludo.

The Kanto Kultura trophy was made by Dan Raralio, a prominent sculptor and recipient of the CCP Thirteen Artists Awards.

The Cultural Center of the Philippines together with PAGCOR launched a project series billed as Kanto Kultura, a celebration of culture and the arts featuring Filipino artists on February 15, 2021. The said project is a brainchild of CCP Board of Trustees’ Nikki Junia, Stanley Seludo, and Dr. Jaime Laya with the support of the CCP Board of Trustees Chairperson Margarita Moran-Floirendo and CCP President Arsenio J. Lizaso.

Kanto Kultura seeks to encourage Filipino talents to create artistic content that showcases innovation and creativity.  With Kanto Canta as its first online band competition, encouraged the artists to incorporate our very own indigenous instruments into their compositions, in the hopes of discovering a new sound that can help find a niche in the global audience parallel to the phenomenal K-pop.  This project also aims to provide an avenue for different forms of artistic expression such as music, broadcast and film, literature, theater, dance, and visual arts.

The live-streamed program can be viewed on Facebook, facebook.com/kantokultura.  For more details, contact the CCP Marketing Department at (02) 8832-1125 local 1409/1800 or email (ccpkantokultura@gmail.com) for inquiries about the event. (PR)