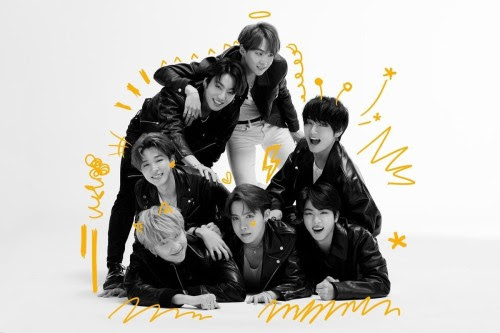 Global superstars BTS (@BTS_twt) will be celebrating their 7th anniversary on 13 June with a range of content expected to be released on Twitter, titled #2020BTSFESTA. Twitter will add to the festivities by launching BTS emojis.

The emojis will be automatically generated when people on Twitter use hashtags related to the group or anniversary. Also, the emojis that will be used for hashtags such as #BTS, #2020BTSFESTA, and #BTSARMY are designed in black to support the #BlackLivesMatter movement – a change in style from the purple emojis and ‘7’ logo used for their last album release.

Through this opportunity, BTS will become the first K-Pop group to receive their own face emojis for each member of the team. The emojis are available in both Korean and English hashtags from 13 June until 30 June, 2020 KST.

The list of hashtags that will generate BTS emojis:

Yeon Jeong Kim, Head of the Global Kpop & K-content Partnerships at Twitter said, “Twitter is the best place for Kpop fans to see what’s happening and participate in trending conversations. We are excited to celebrate BTS’ 7th anniversary, and help ARMY interact with fellow fans as well as BTS members through a special feature and improved experience.”

BTS has over 26.3 million followers on Twitter and communicates with ARMY from all over the world on a daily basis.. When the band released their highly-anticipated album, MAP OF THE SOUL : 7 on 21 February 2020, 17 million Tweets related to BTS were generated within 48 hours. Fans from all over the world were on Twitter to check out the #MAP_OF_THE_SOUL_7 conversations and #BTS updates.

Come join us on Twitter to participate in conversations about your favorite Kpop idols and stay connected with other Kpop fans from around the world!

Twitter, Inc. (NYSE: TWTR) is what’s happening in the world and what people are talking about right now. On Twitter, live comes to life as conversations unfold, showing you all sides of the story. From breaking news and entertainment to sports, politics and everyday interests, when things happen in the world, they happen first on Twitter. Twitter is available in more than 40 languages around the world. The service can be accessed at twitter.com, on a variety of mobile devices and via SMS. For more information, visit about.twitter.com or follow @TwitterKorea. For information on how to download the Twitter and Periscope apps, visit twitter.com/download and periscope.tv. (PR)