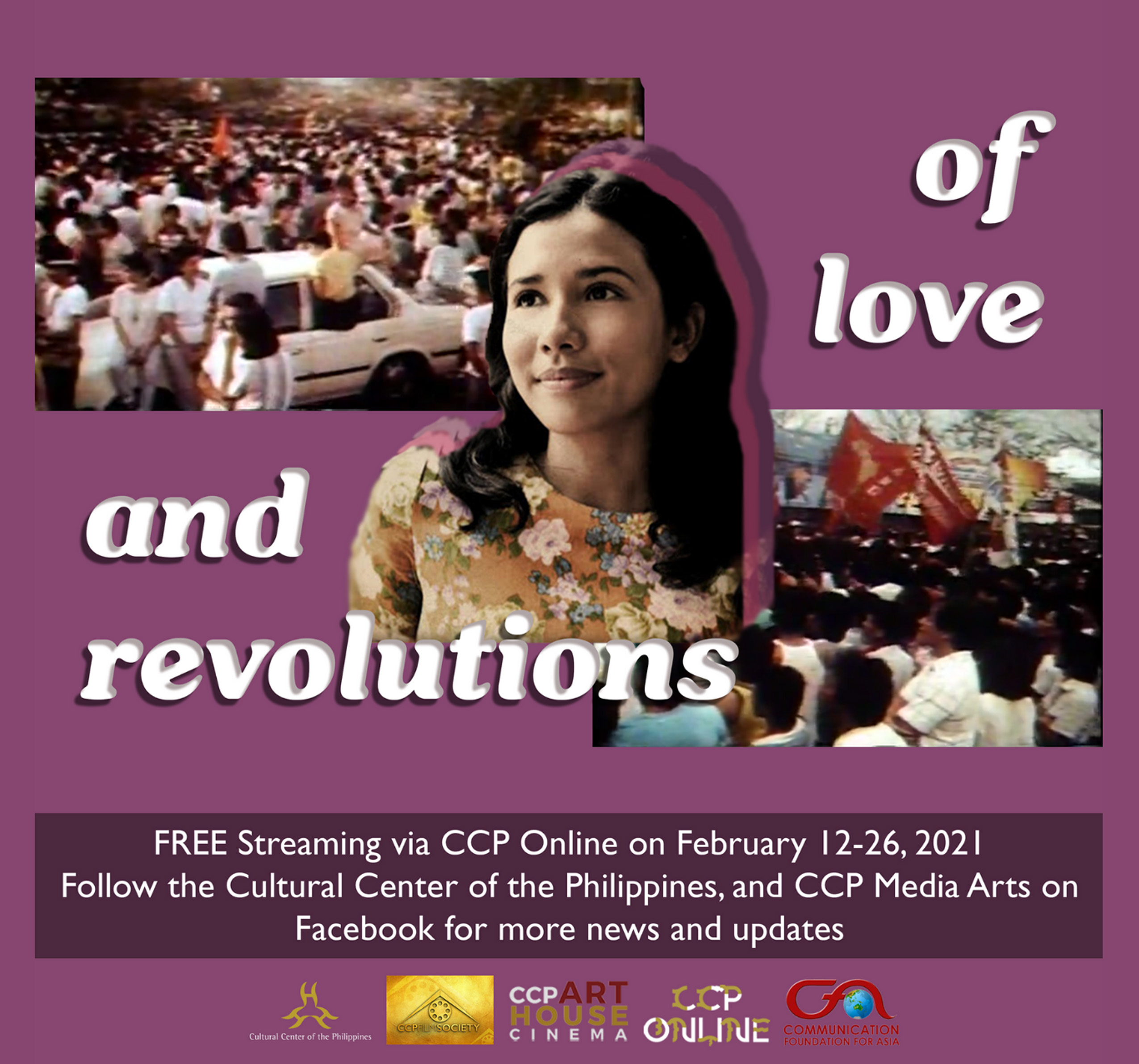 WHAT better way to celebrate the month of love and arts than the screenings of endearing films and documentaries from the archives of Cinemalaya and Gawad Alternatibo, as well as some well-loved Philippine cinema classics?

Whether you’re single or coupled, relive those kilig moments with CCP Arthouse Cinema’s “Of Love and Revolutions,” a special Valentine’s Day cinematic offering featuring stories of love and revolutions in different types and forms, from February 12 to 26, 3PM via CCP Vimeo Channel.

Flirt with cupids in “Ligaw Liham,” a film directed by Jay Abello and Manny Montelibano. Set in a town where mail is still a necessary means of communicating to the outside world, it tells about the story of Nor, the town simpleton, who falls in love with a beautiful married woman.

Love for the country rules in “Signos,” “Sister Stella L.,” “EDSA People Power: The Philippine Experience,” “Revolutions Happen Like Refrains in a Song,” and “In the Middle of the Night.”

A translated narration by Jose F. Lacaba of “To Those Who Follow In Our Wake” written by Bertolt Brecht serves as a poignant voice in the film. Compiled and edited by De Leon, the documentary was a collaborative effort of several filmmakers including Jose F. Lacaba, Sylvia Mayuga, Ricardo Lee, Ding Achacoso, Joe Cuaresma, Lito Tiongson, and Jovy Zarate.

Most of the personalities shown and interviewed in Signos became the inspiration behind the characters portrayed in the acclaimed film “Sister Stella L,” starring actress Vilma Santos and also directed by Mike De Leon. It won the Gawad Urian’s Best Picture in 1984, Best Director, Best Screenplay, and Best Actress (Vilma Santos).

“Sister Stella L,” tells the story of the social and political awakening of a nun as she becomes involved in a labor strike and becomes engaged and empathizes with the plight of the workers and their fight for justice and freedom.

Meanwhile, “EDSA People Power: The Philippine Experience” is a series of video clips shot during the People Power Revolution stitched together in remembrance of the role of the people in toppling a dictator.  It was directed by the Filipino People, and Eva Mari Salvador.

“Revolutions Happen Like Refrains in a Song” is director Nick Deocampo’s love song about the historical struggle of the Filipino people that led to the 1986 People Power Revolution.  Social and historical, as well as personal, the film captures the life of Filipinos in the clutches of poverty, prostitution, and dissent, intertwined with the story of the transvestite Oliver, and the filmmaker’s own personal experiences and history.

A historical and social view of Filipino life caught in the throes of poverty, prostitution, and revolutionary change, the documentary film chronicles the filmmaker’s personal history as it intersects with the social upheaval of the past 20 years climaxing in the 1986 People’s Power Revolution.

In the Middle of the Night puts the spotlight on President Duterte’s infamous War on Drugs. Awarded first prize during the 2017 Gawad Alternatibo, director Bryan Kristoffer Brazil documents the different yet similar cases of brutal killings in the Philippines that have become so rampant and the aftermath – the lives that were rendered insignificant, the love lost, the injustice, the fear, the pain and the struggles of the families left behind by the “war”.

All screenings are free.  To watch the films, go to vimeo.com/ondemand/ofloveandrevolutions and use the promo code RADICALOVE.  *The CCP Vimeo on Demand page will only be accessible on Feb 12, 3 PM (PST) onwards.