Twelve Filipino child-artists were awarded on Thursday by children’s rights groups in a poster-making competition aimed to demonstrate the dangers of tobacco companies and their products.

In the traditional poster-making category that allowed the use of physical materials such as watercolor and acrylic, 12-year-old John Henry Luna Jr.’s poster ‘Mulat na Bulag’ won first place in the 10-14 year old age group while Errol Caringal’s ‘The Outturns of Ash’ gained the top prize in the 15-17 age group.

“Tobacco companies are targeting children and young people as the next generation of consumers of their deadly products to sustain their business,” said Romeo Dongeto, executive director of PLCPD and co-convener of CRN Philippines.

“These artworks remind us to take time and listen to children and young people in their clamor for a  tobacco-free future,” he added.

“We have to remind grown-ups constantly: there are 117,000 deaths every year due to tobacco related illnesses in the Philippines, 269 billion pesos in annual socio-economic losses, 12.5% student-smokers as of 2019, and 23.8% adult smokers,” said ImagineLaw Executive Director Atty. Sophia San Luis. 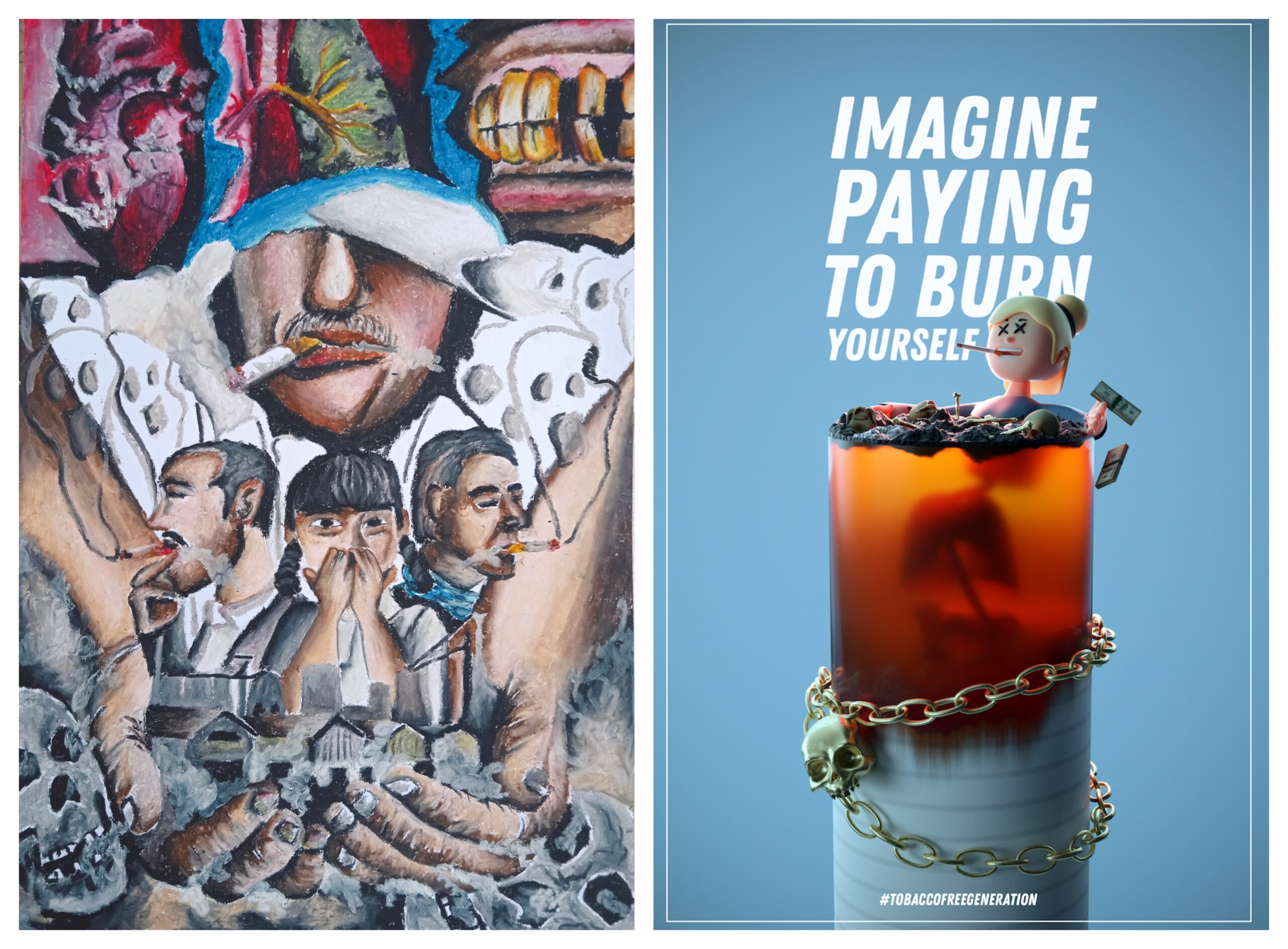