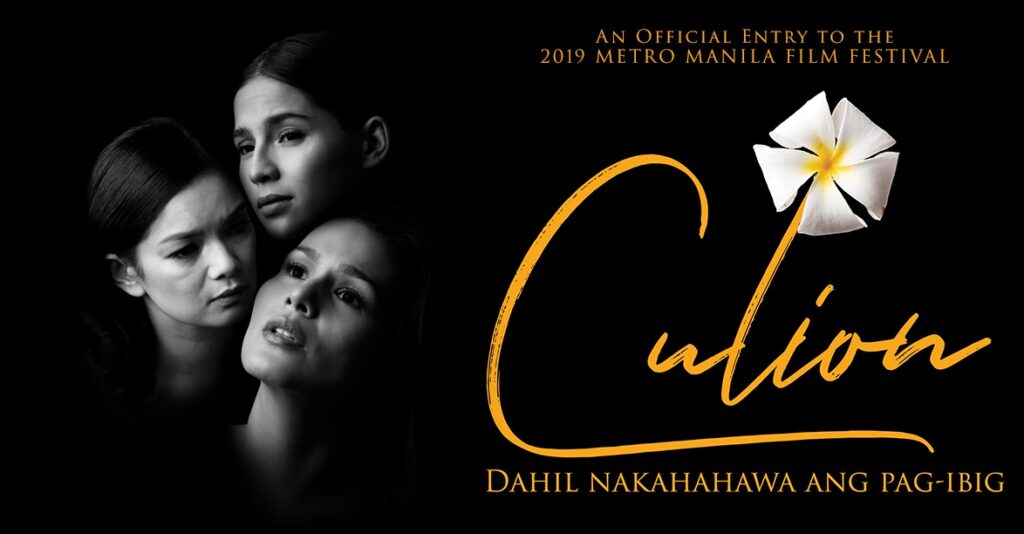 If you grow up in Palawan in the past decades, I’m sure you are aware that Palawan is known in two things, Malaria and Leprosy, and the last is identified in the island municipality of Culion. For the past many years, this was erased and we are now known as the world’s best island.

Being a Palaweno, we always longing for history, something to complete us, understand the past and learn from it, Culion is something most of the young generations have no knowledge and deeper understanding, I myself don’t have that much information either.

Culion, the movie in competition now in Metro Manila Film Festival 2019 perhaps will give you some but not all the answer needed, it’s a tale of three love that evolve in a sanctuary that start in making love and end in another creation of love.

Somehow it start on a very slow pace, for the past 30 minutes it focus on establishing characters, not just the three main lead actress but the whole ensemble, who I guarantee perform and give their all to the best in this Alvin Yapan movie.

The movie will teach Palawenos on how important learning history thru drama is, how the isolation started, and how does it feel to be isolated, and how you cope up with that. The film didn’t narrate how someone can get affected, or how you can cure it, but it let you understand that stigma do exists and must stop right now.

The scene that Iza Calzado reading notes from a dead leprosy patient is one of my favorite, it discuss a list of things to what to expect to see and not to see, if you will be in Culion. That scene will carve in your heart, and will make you realize, it is true and yes it is happening.

One touching scene that for me should be given enough time is the part they should feel the festive Christmas season,  that is one heart-breaking moment since you are watching this during holidays, however it was cut abrupt in a middle where you already started imagining things, and that song is carrying you back to that period.

Culion take me to a time when I was given a chance to visit it, the beautiful Church on top of the hill, the beautiful sceneries that I was able to see before and didn’t change until now, and the drama in the history that made me understand its foundation, the people and their own story that was made and was left in Culion.