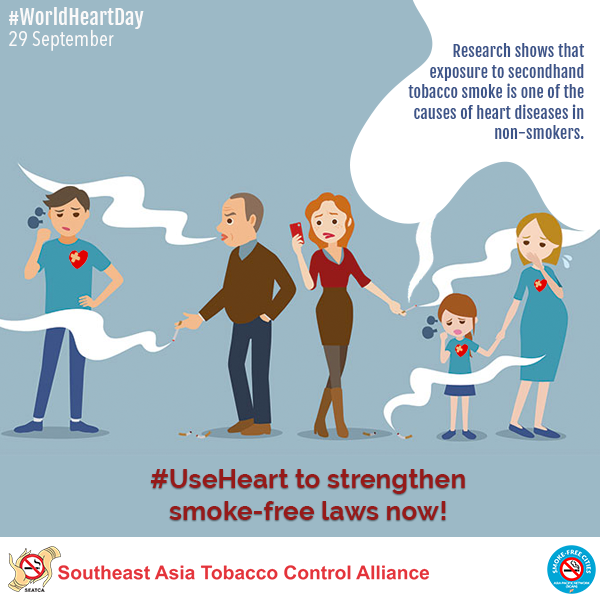 Through its promotional group, the Foundation for a Smoke-Free World (FSFW), Philip Morris International (PMI) is sponsoring a report called ‘Tobacco Transformation Index’ to white-wash the addiction and harms of its business.

“There is no genuine transformation; this tobacco company-funded report is just another publicity stunt to promote its new products and justify its business,” said Dr. Ulysses Dorotheo, executive director of SEATCA.

Although PMI publicly claims it is transforming and shifting away from cigarettes, cigarettes form the bulk of industry profits, and cigarette sales in the industry’s top three markets in the region (Indonesia, Philippines and Vietnam) are expected to barely change in the next six years. In fact, PMI and other transnational tobacco companies continue to register many new cigarettes brands, clearly showing their intention to sell even more cigarettes to maximize profits at the expense of public health.

Moreover, despite now admitting, after decades of hiding and denying the evidence, that cigarettes are harmful, tobacco companies have no plans to recall their cigarettes from the market, refuse to admit liability for injuring their customers, and refuse to compensate victims harmed by their products. About 500,000 people are killed every year in the ASEAN region by tobacco-caused diseases.

Similarly, as they have done since the 1950s, tobacco companies continue to oppose and challenge government interventions to reduce cigarette use. Such evidence-based tobacco control measures under the WHO Framework Convention on Tobacco Control (FCTC) include making public places smoke-free, banning tobacco advertising, promotion and sponsorship, standardized packaging, and increasing taxes on tobacco products.

“In addition to increasing cigarette sales and undermining policies to reduce cigarette use,  the tobacco industry is now aggressively and deceptively promoting  supposedly “smoke-free” products such as e-cigarettes and heated tobacco products (HTPs) as part of its revamped “smoke-free” image,” added Dorotheo. “The blatant theft of the term “smoke-free” by PMI and FSFW not only misleads the public into believing that e-cigarettes and HTPs are harmless alternatives to cigarettes, but also sabotages the WHO FCTC and genuine smoke-free initiatives,” he said.

The term “smoke-free” has been used for decades by the global tobacco control community and recognized by the public as referring to tobacco use, and most public health officials consider e-cigarettes and HTPs as new ways of smoking. The WHO has said that describing e-cigarettes and HTPs as “smoke-free” creates confusion and is a false claim, as studies have shown that emissions of these products contain toxicants found in cigarette smoke. WHO also says e-cigarettes are “undoubtedly harmful” and are not safer alternatives to regular cigarettes. Further, HTPs are tobacco products, and should be regulated the same way as other tobacco products.

In 2016, PMI announced its “smoke-free future” premised on switching cigarette smokers to its so-called “reduced risk” heated tobacco products. This is reminiscent of the industry’s promotion of light and mild cigarettes as “less harmful”, which were later proven to be no less harmful than regular cigarettes.

In 2017, PMI announced its financial support (USD 960 million for 12 years) for FSFW, whose purported goal is to “eliminate smoking.” This wholly PMI-funded foundation presents itself as a tobacco control organization but, unsurprisingly, is fully aligned with PMI’s “smoke-free future” — not eliminating tobacco use but switching smokers to e-cigarettes.

Since then, FSFW has been funding research and lobbying for both the use of e-cigarettes and the acceptance of the tobacco industry as a partner in tobacco control, similar to past industry front groups, the Council for Tobacco Research in the 1950s and Center for Indoor Air Research in the 1980s. (PR)