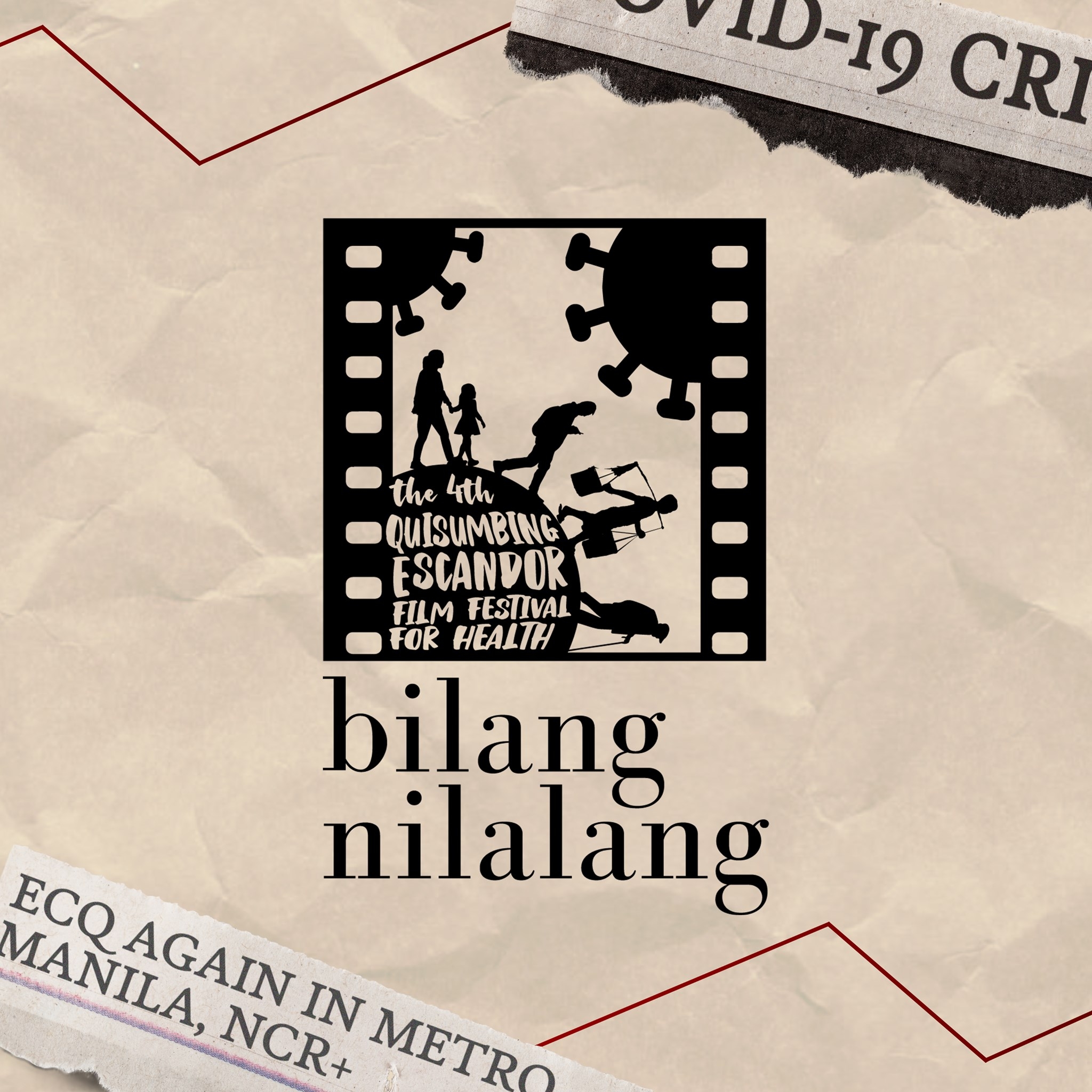 THE Cultural Center of the Philippines in partnership with the Quisumbing-Escandor Film Festival for Health will launch the online film screening for the 4th Quisumbing-Escandor Film Festival for Health (QEFF4) opening on October 15 and running for two weeks until October 29 on the CCP Vimeo platform.  The Awards Night will be held on October 30.  QEFF films will also screen on Cinemata online video platform right after the festival run to reach a more targeted audience in the Asia Pacific region.

In its current edition, QEFF4 features short films from 8 film finalists and 13 film proposal finalists, all of which reflect the unique stories of the Filipino people during the COVID-19 pandemic.

As the cases of COVID-19 continue to rise across the country, the people’s empathy and concern for the tragedies happening every day have waned. “In its current iteration, QEFF4 wants to focus on the stories behind the individuals affected by the pandemic”, said Benjamin K. Valdez, Co-Head of the QEFF4. “The films from our finalists are compelling and definitely capture the essence of our theme ‘Bilang Nilalang’. We hope that more people get to see these insightful and relevant films.”

This pandemic pushes the need to surface the unheard stories of our fellow men. QEFF4 provides a platform for these people to share the struggles and challenges they faced during these trying times with the hopes of informing policies on pandemic preparedness and response. In addition, this film festival aims to create an archive that represents the greater narrative of the Filipino people during the pandemic for future generations to see.

These films will be added to a film library which will be distributed to partner schools, agencies and organizations all over the country. Government agencies, non‐governmental organizations, medical institutions and other concerned parties will be able to use these films for their own health education and advocacy programs.

The winner of this year’s film festival will be determined by judges from various esteemed institutions including the World Health Organization-Western Pacific, Department of Health, Film Development Council of the Philippines, Cultural Center of the Philippines, and Philippine Association of Communication Editors.  The Gawad Quisumbing-Escandor will be given to the film submission that best embodies the film festival’s advocacy, having effectively depicted the most pressing, stirring and most controversial health issue.  The award comes with a grand prize of Php 100,000.00 and a trophy. Meanwhile, the winner of the Best Film award will get Php 75,000, the first runner-up Php 45,000, and the second runner-up Php 30,000.

The Quisumbing-Escandor Film Festival for Health (QEFF) is a nationwide film-making competition and film caravan organized by the Mu Sigma Phi Fraternity of the UP College of Medicine. Since its inception in 2008, it has aimed to promote awareness about the most pressing health issues in the country through film. The film festival also aims to establish a network of active advocates for health and to create a digital library of films used as a resource for health advocacy and education.

More details about the film festival will be announced in the coming weeks. Stay tuned for more updates about #QEFF4 #BilangNilalang through its Facebook page at www.facebook.com/QEfilmfest.