“As we celebrate our teachers this world teachers’ day, it is high time for the Duterte administration to heed the calls of our teachers and honor them by providing a long overdue substantial salary increase,” Castro said. “P31 billion is way less than the measly increase provided by the 4th tranche of the SSL 4 and a far cry from the substantial salary increase teachers and other government employees have been demanding from the Duterte administration.”

“Public school teachers and other government employees have long been calling for a substantial increase in their salaries. Meanwhile, government is so quick to call them ‘too ambitious’ even to the extent of calling those who rally on the streets fighting for their basic rights as terrorists,” Castro added. “The Duterte administration prioritizes its budget in funding policies to suppress, harass, criminalize and terrorize critics, dissenters and those fighting for their rights. They should instead prioritize budget for social services including a substantial salary increase for government employees who are at the forefront of providing services for the Filipino people.” 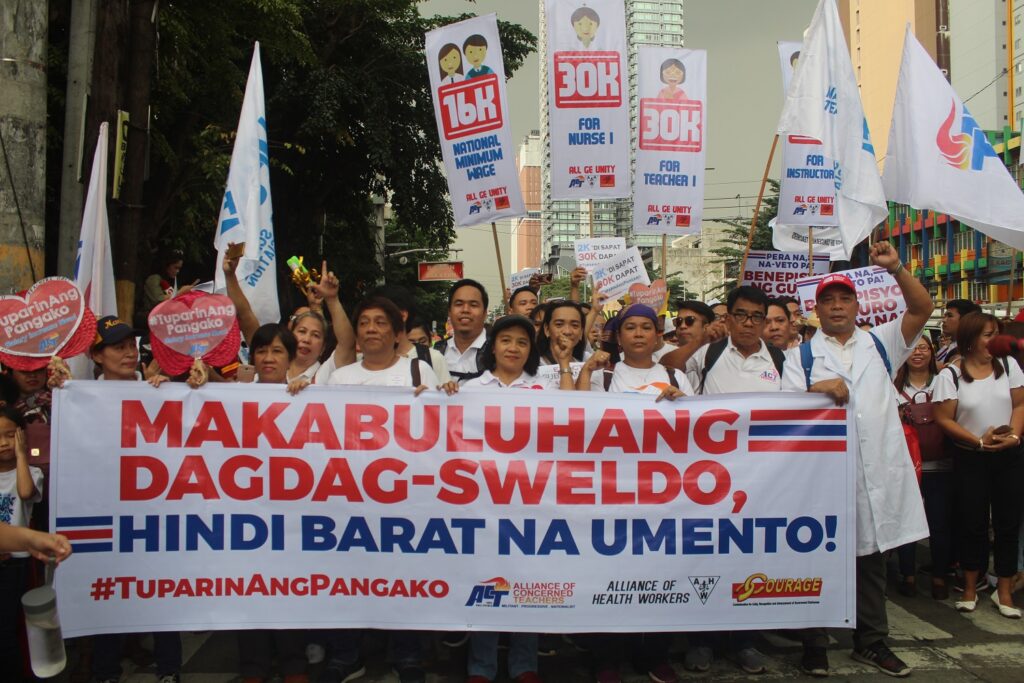