The Cultural Center of the Philippines bring in Palawan stage the tribute play for Jose Corazon Dela Cruz aka Huseng Batute last Nov 12 and 13 at the VJR Hall of Palawan Capitol. The modern zarzuela was first stage in CCP May of 2018 in celebration of his 86th Death anniversary, it was titled “Ang Pagbabalik Tanaw sa Unang Hari ng Balagtasan” is now travelling to different Cities and provinces in the Philippines.

Batute is born in Sta. Cruz Manila in 1894, he was a newspaper columnist, poet and lyricist, and was the first Hari ng Balagtasan in 1926 and 1929, a Filipino Literary form of debate and was rebirth in the current setting as Fliptop or rap battle or even Spoken words poetry. 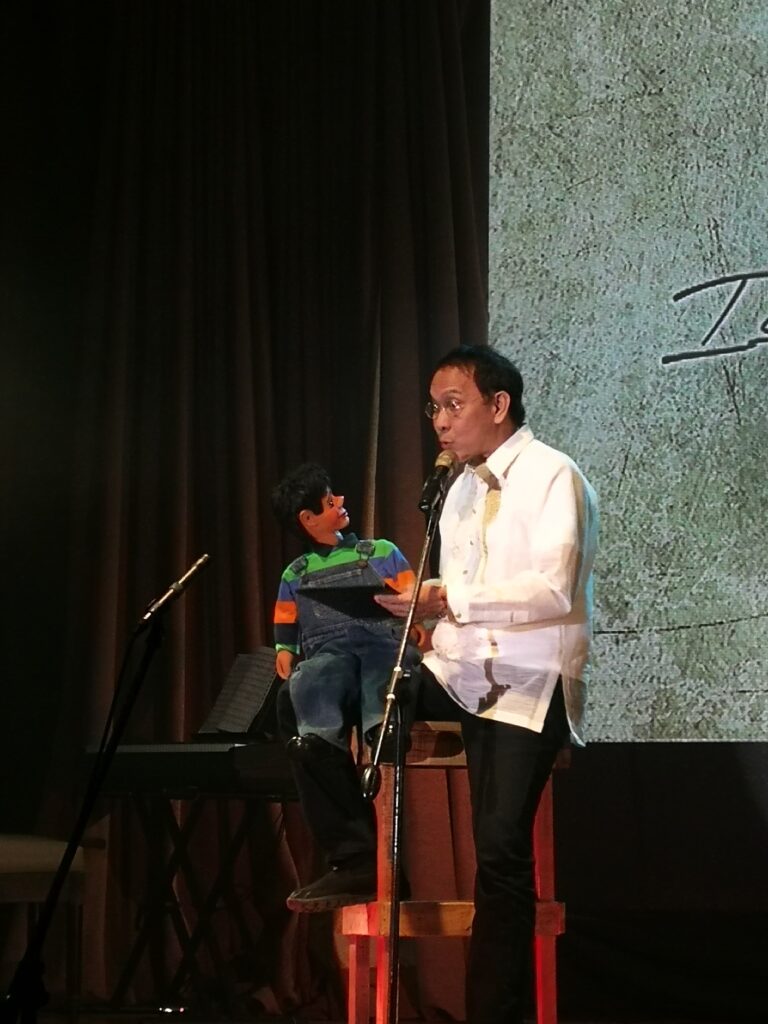 Some of Batute’s past work includes Mga Dahong Ginto, Gloria, and poems that made into kundiman songs are Pananagutan, Arimunding-munding, Dalagang Pilipina, Ang Dalita, Madaling Araw and the patriotic song “Bayan Ko”.

The show open with a scene on how Batute write poems, next is song performance of Pananagutan, followed by a two host giving a lot of details and trivia about Dela Cruz’s identity like his true name is Jose Cecilio Dela Cruz but he choose to use Corazon since its means heart in Spanish.

My most favorite part of the show is the remake of Balagtasan that Batute won and reconnect it to its latest form which is the rap battle, the topic of the debate is the butterfly versus bee to the heart of a beautiful flower, this part is very entertaining and it capture the young and old audience.

But the main highlight of the show is where they sing the kundiman songs written by Batute, it was so lovely hearing at the same time watching it on stage, I admit I was surprise to know those facts given especially the finale part where they all sing “Bayan Ko”, I wasn’t aware that it was Batute who give those words, that song all I know is used as the theme of People Power revolution in EDSA.

Even though its called zarzuela that my expectation is still a musical play, Ang Pagbabalik Tanaw sa Unang Hari ng Balagtasan is more of a show, a variety one to be called since they involve its audience in a contest part doing balagtasan, it was entertaining though especially for students who watch the show. There is no particular play or dialogue was shown about Dela Cruz history, it’s all singing, puppet stint, debates and poetry reading aka spoken words performances.

Entertaining and informative, and will make you realize how rich our own literature. The said performances is free to the public, overall they had four shows in Puerto Princesa, it is presented in cooperation with the Provincial Government of Palawan thru the Culture and the arts program headed by Ceasar Sammy Magbanua.