Fun Run lovers that are lovers, take a chance to this Fun Run event happening at 4am, Sunday Feb 16 at Puerto Princesa City, dubbed as the first Lavapalooza is organized by the Class of 1990 from Puerto Princesa Pilot Elementary School, to raise funds for the special education program of the said school.

Registration for couple is P600 with race kits but depends on the stock available, winners will get a fabulous dinner, second placer is a spa treatment while the third placer will get movie treat.

Below is official press release of the said event regarding the explanation of their logo concept.

A shoe, footprint and track are often used to symbolize running, movement and stepping forward. This part of the logo depicts the mission and vision of the Puerto Princesa Pilot Elementary School Class of 1990, that is to pay forward to the alma mater and the community it serves.

The community, as represented by the peacock, is representing the city of Puerto Princesa, a symbol parallel to the official logo of the city’s seal. The kissing peacocks depict lavapalooza, the expression of love done through kissing amongst couple in the hearts’ month, specifically the month of February. The colors used for the kissing peacocks represent the typical colors of gender, pink for femininity and blue for masculinity.

Moreover, the heart shape and running feet of the kissing peacocks depict the LGBT (lesbian, gay, bisexual, transgender) six-band rainbow (red, orange, yellow, green, blue and purple) colors, thus, embracing an activity that opens up to couples of all ages and gender orientation. The race track in black shade, symbolizes the bold and brave expression of love among the couples of the city of the Puerto Princesa and hopefully transcends to the entire province of Palawan.

The watermarks in the track represent an event that imprints memory and history. Lastly, the race track symbolizes a path to a continuous endeavour of the class to pursue this activity with a cause on an annual term. The first lavapalooza fun run is an event organized in celebration of the 30th anniversary of the Puerto Princesa Pilot Elementary School (PPPES) Class of 1990.

The event is a fund-raising activity for the benefit of the PPPES Special Education Program, who caters to nearly 200 special children in the program. Logo Designed Created by: Florante C. Solina (Choi Solina) Logo Conceptualized by: James Michael and Joane Mata & Eumer Montecillo Writeup by: Joane Rabang Mata, PPPES Class of 1990, v.02/2020 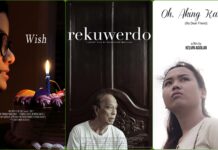 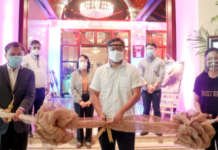 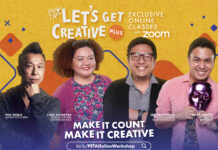 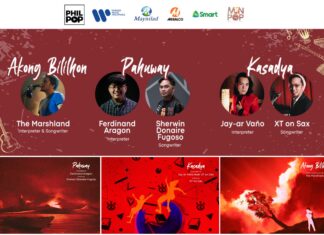 October 23, 2020
PhilPop, the country’s premier songwriting competition, has officially released the songs from the finalists of the Mindanao cluster on Spotify and other digital platforms...