The much-awaited sequel of Walt Disney’s Maleficent is set to be released in theaters nationwide this October, billed as Maleficent: Mistress of Evil will again showcase Angelina Jolie as the evil fairy, but the exciting part this time is the war between the evil fairy and Queen Ingrith played by Michelle Pfeiffer, the mother of handsome Prince, the love interest of Aurora who happens to be the surrogate daughter of Jolie.

Is it love wins in the end? that’s what we are going to see in Cinema this October. 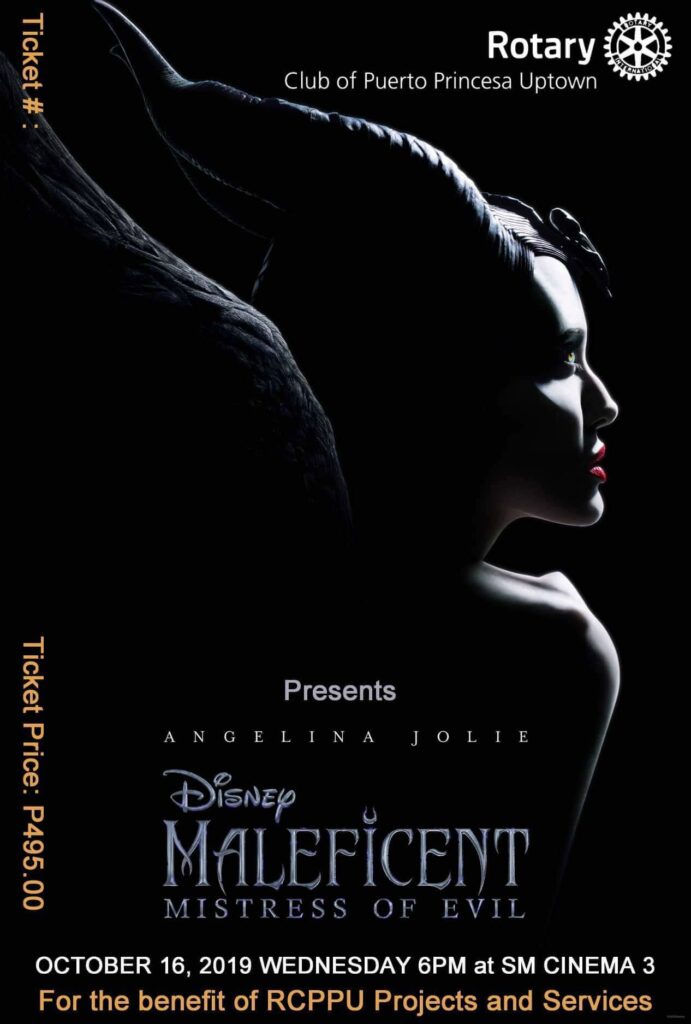 For a charitable cause, the Rotary Club of Puerto Princesa Uptown under the leadership of their Chapter President Albert Umali is holding a block screening of Maleficent: Mistress of Evil come October 16, 2019, 6 pm at SM Puerto Princesa Cinema 3.

Tickets for the screening is P495 for one person, the proceeds of the event will go the different projects of RCPPU and other services, for the reservation you may contact Yolly Parker-Dixon at mobile nos. 0910.228.7010.

Or shoot them a message through the Facebook page of RCPPU, or just go directly at SM Cinema ticket outlets to get your ticket in advance.