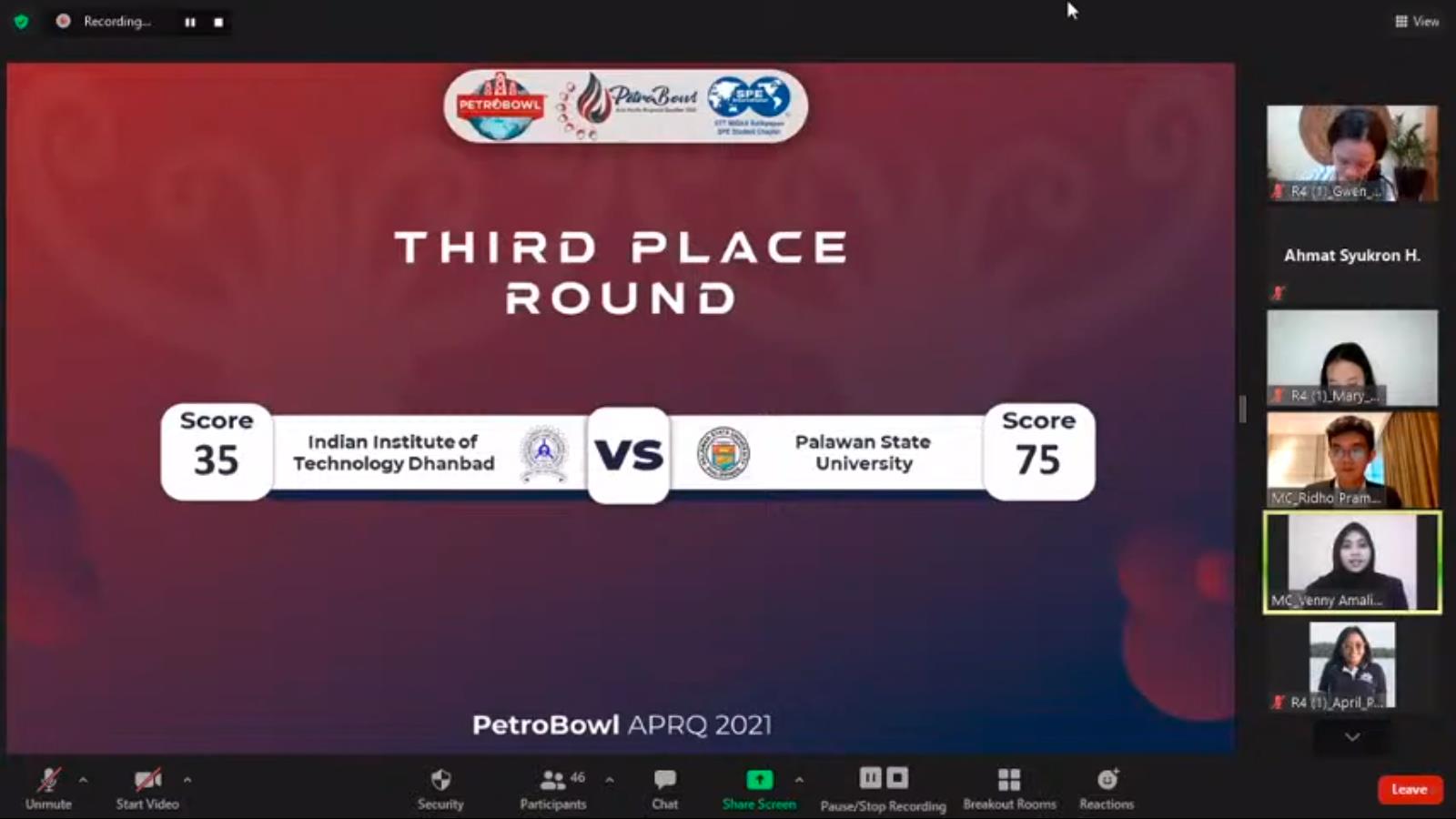 A team of Bachelor of Science in Petroleum Engineering students from Palawan State University finished third place in the recently concluded Asia-Pacific Petrobowl Regional Qualifiers 2021, advancing them to the Petrobowl World Championship 2021.

As the result of the Quarter Final Round, the Team PalSU triumphed at 85-45 and was announced as one of the Top 4 teams advancing to the Petrobowl World Championship 2021. The best 4 universities competed the next day, on July 11 (Sunday), for the Top 4 Final Round. Team PalSU was paired against Bandung Institute of Technology (Indonesia) in the semi-final round, but Team Bandung took the lead with 145 over the negative (-) 25 of Team PalSU.

The Top 5 was completed by Pertamina University (Indonesia) after winning against Batangas State University (Philippines) and Universiti Teknologi Petronas (Malaysia) for the Top 5 position. Petrobowl World Championship 2021 will be held later this year with regional qualifiers from Africa, Asia Pacific, Europe, South America and Caribbean, Middle East, and North America. Palawan State University will be the lone Philippine university to compete in the said event. 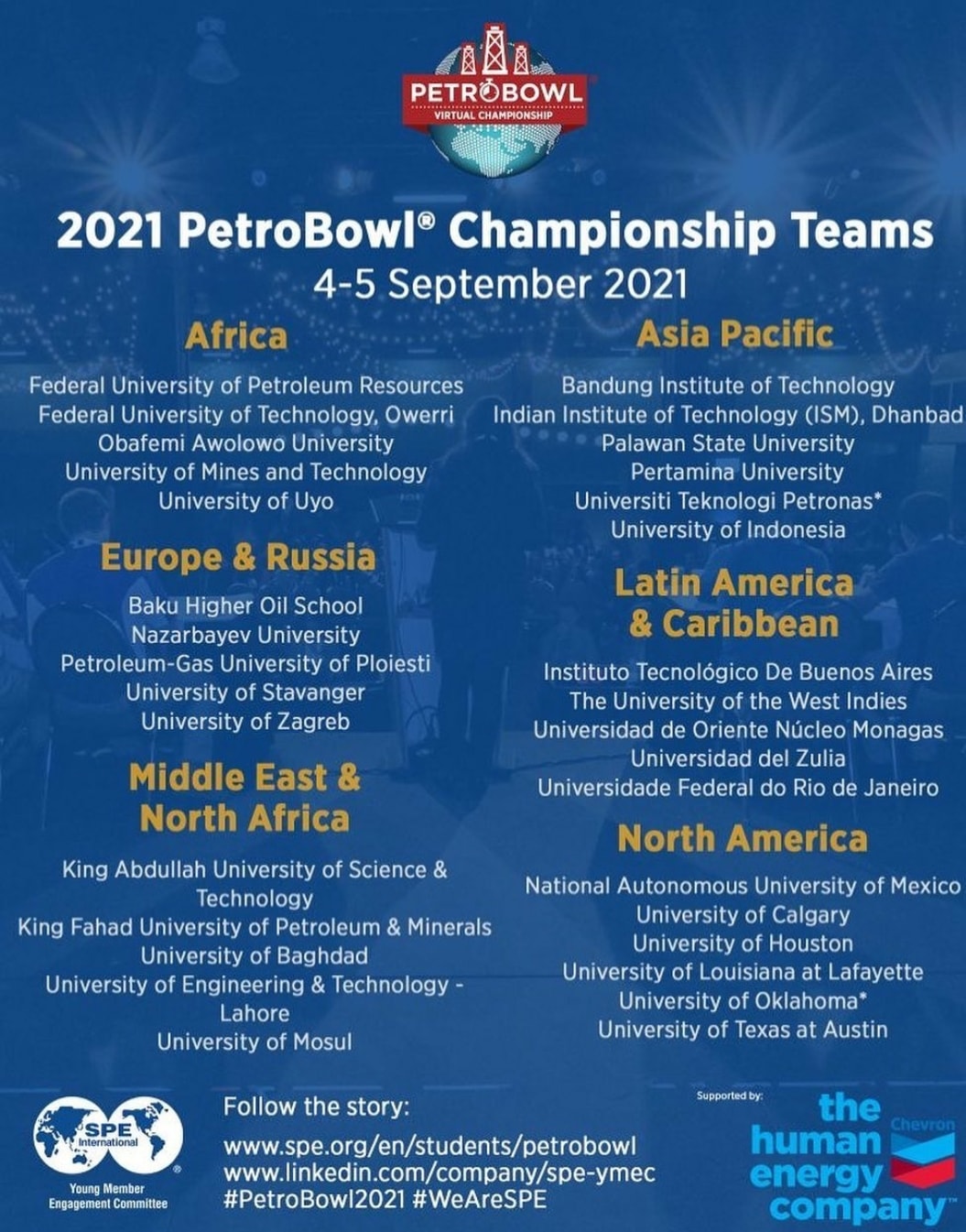 The “Petrobowl” is an annual international quiz competition in which schools from around the world offering a Bachelor of Science in Petroleum Engineering program contend against each other by answering technical and industry-related questions. (Jared Ignacio/PR)