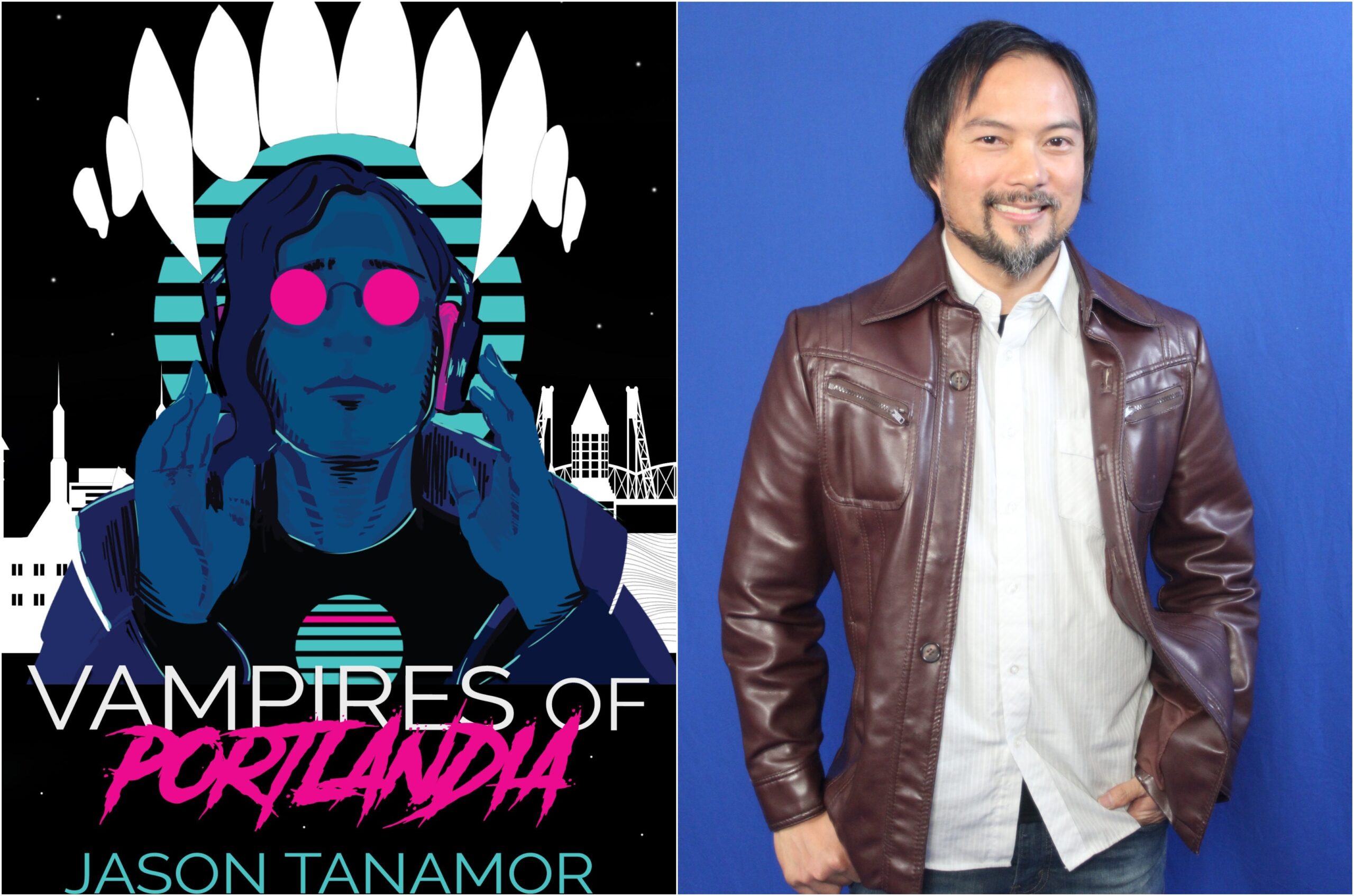 ONE of the famous folklore of Fillipinos is the aswang, a mythical creature that eats you alive and usually haunt you when you’re lonely and alone at midnight, each region particularly in Visayas and Mindanao has their own version of Aswang, some fly in the air and some just crawl the ground up to your roof.

This classic tale of aswang is the center of the novel entitled “Vampires of Portlandia” written by Filam Author Jason Tanamor, the book was inspired by their moving to Portland, Oregon in the USA and the surrounding made him finish the book, one note he mention is the appearance of crows every fall/winter that is so creepy to imagine.

“I started writing the book almost immediately, as the surroundings contributed to setting up the world in “Vampires of Portlandia” nicely. The book took about nine months to write, as everything came together rather quickly,” Tanamor said.

The book will serve as a tourist guide for Portland, as he use actual places in the story and its beautiful sites, plus he aims of reintroducing the aswang to mainstream readers and they deserve a spot after worldwide hit for zombies.

“I did a lot of research on the general characteristics but wanted to create my own interpretation of what aswang meant. Mainly because the family of aswangs that immigrates to Portland, Oregon is a typical family just trying to live in peace. They’re not vicious monsters as depicted in lore. I want readers to resonate with the aswang siblings, but I also want them to be a part of this cool and interesting lore. The vampires are just like you and I; they just happen to be aswangs,” Tanamor explain

Tanamor is a Filipino-American born and raise in the United states, he is the critically acclaimed author of “Anonymous” and “Drama Dolls”, his writing have appeared in more than 250 publications worldwide, he was able to interview high profile celebrities like Billy Corgan of Smashing Pumpkins, Pete Rose, Dane Cook and former US President Barack Obama.

Vampires of Portlandia has 422 pages, and it’s a Urban fantasy book, Tanamor is planning to launch it this September in Portland but have to check first if it will push thru since pandemic continues, it is now available in different book platforms online in paperback and also digitally.

“If you’re one to read too deeply into things, this novel is essentially about a family of Filipinos immigrating to America for a better life. The difference is they’re aswangs, which makes them even more different. My main hope is to just tell an entertaining story and give people an inside look at a culture that is highly underrepresented,” Tanamor said in closing.

Currently the book can be pre-order through the publisher’s website and online retailers in print ($14.99) and digital ($6.99) formats, or purchase it directly to Tanamor site http://www.tanamor.com/p/vampires-of-portlandia.html .