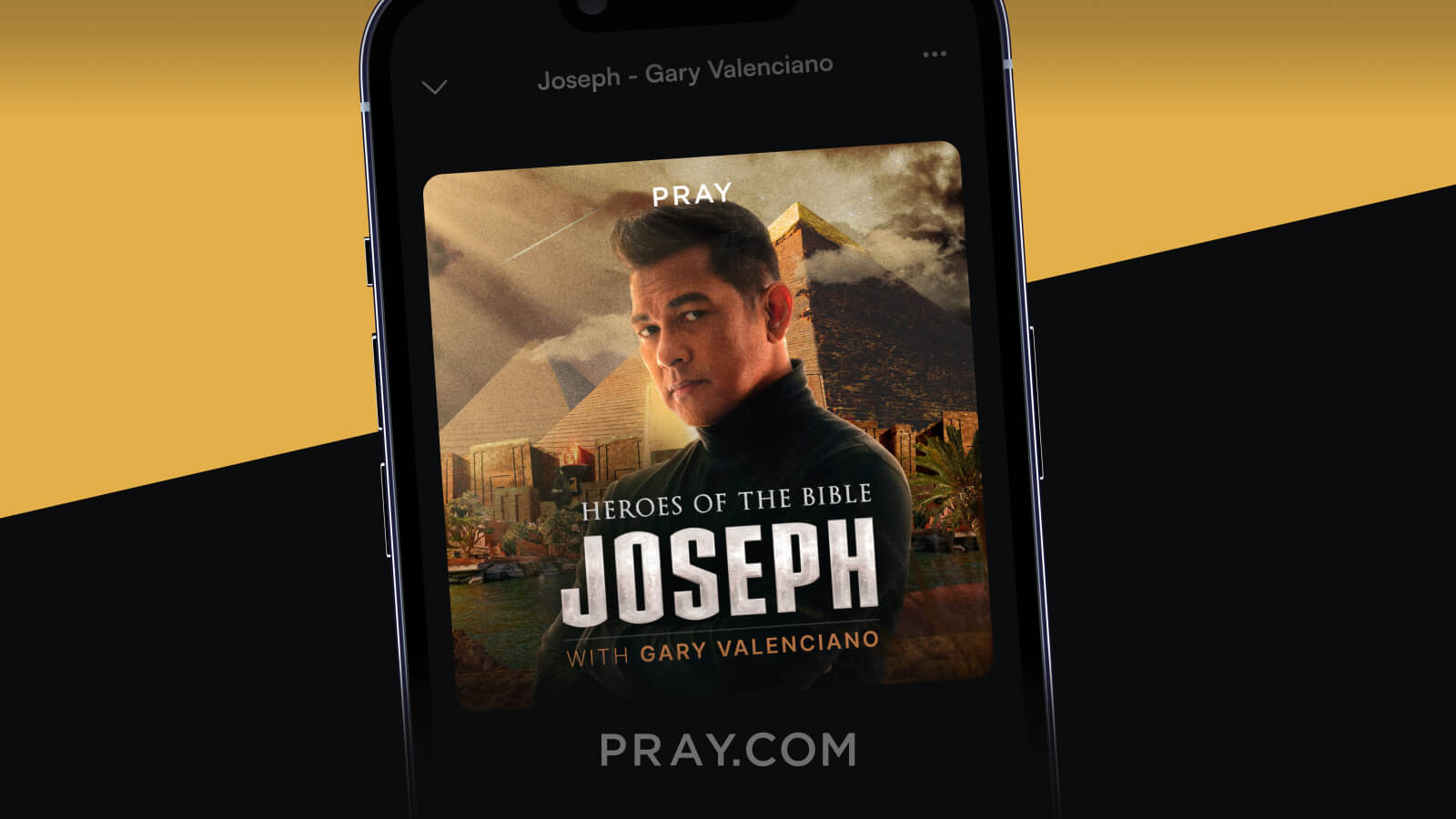 With a powerful line-up of inspirational and Bible-based content, Pray.com launches a new series, “Heroes of the Bible: Joseph,” to grow its audio collection and offer a new perspective on heroes found in Scripture. Immersing listeners in a memorable cinematic audio experience, Filipino-Puerto Rican superstar Gary Valenciano—known by fans as Gary V “Mr. Pure Energy”—voices the story of Joseph and helps offer insight for modern-day heroes of the faith.

“Gary is a breath of fresh air with some of the best vocals we’ve ever heard. Pray.com has been working together with Gary for the past year, and nothing but magic has been produced,” said Max Bard, Pray.com VP of Content. “He has a voice that feels like he’s giving you a hug. And with the brand-new release of Joseph, you will get to experience his range and the Bible come to life.”

Inspired by the book of Genesis from the Bible, this audio series introduces listeners to the flawed hero, Joseph. This beloved son of Israel is bestowed a coat of glimmering colors, showcasing his favor over his brothers. However, his father’s favor puffs him up with pride, which ultimately becomes his downfall. Joseph’s brothers sell him into slavery, forever changing the trajectory of his life.

“Joseph was a hero who went through a lot, and you’ll hear all of that when you get to listen to his story in ‘Heroes of the Bible,’” Valenciano said. “I have so enjoyed working with Pray.com on this content, as they’re not just professionals, the PRAY team is also passionate about putting the Word of God across in a manner that caters to everyone.  This Joseph story is written in a way that it can really be accepted and appreciated by people today.  It’s slightly reimagined, and I tried to put in what I personally felt would have been the drama going on between Joseph, his brothers, his father, the coat, the dreams, Pharaoh, and all the other characters that played a role, the butler, the baker.”

Valenciano is no stranger to the story of Joseph or the unbelievable events that characterize his life. In fact, Valenciano secured a role acting as Joseph’s father, Jacob, in the 2022 production of “Joseph the Dreamer,” taking place at the Maybank Performing Arts Theater in the Philippines. 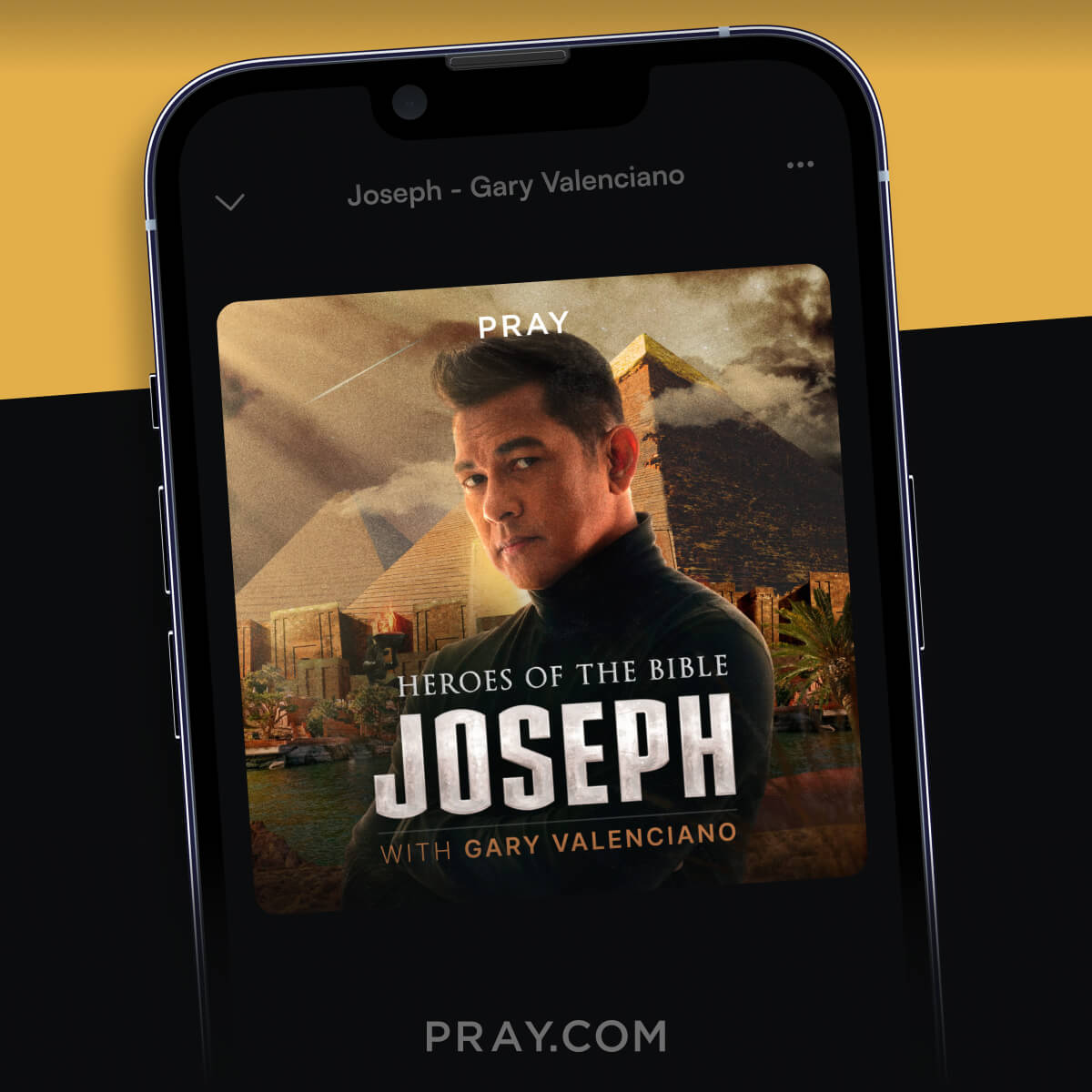 He previously portrayed Joseph in the 1999 run of the musical. “At the time when I was asked to do ‘Heroes of the Bible’ content featuring Joseph—his story and everything that he went through—I had no idea that its release would fall right alongside the timeline of the musical,” Valenciano added.

As Valenciano guides listeners to discover and experience how God eventually redeems Joseph’s unfortunate circumstances, he invites people on a journey of excitement and entertainment. The biblical story of Joseph provides an example of a historic hero who trusted God. This modern adaptation should be able to offer valuable takeaways for people to do the same in their own lives today.

“Gary’s content has been so impactful for us to listen to, and we can’t wait to share such an engaging and inspiring story with our listeners,” said Bard. “This new version freshens up the language to meet people where they are, while still holding true to the holy Word of God.”

Watch the trailer of “Heroes of the Bible: JOSEPH”