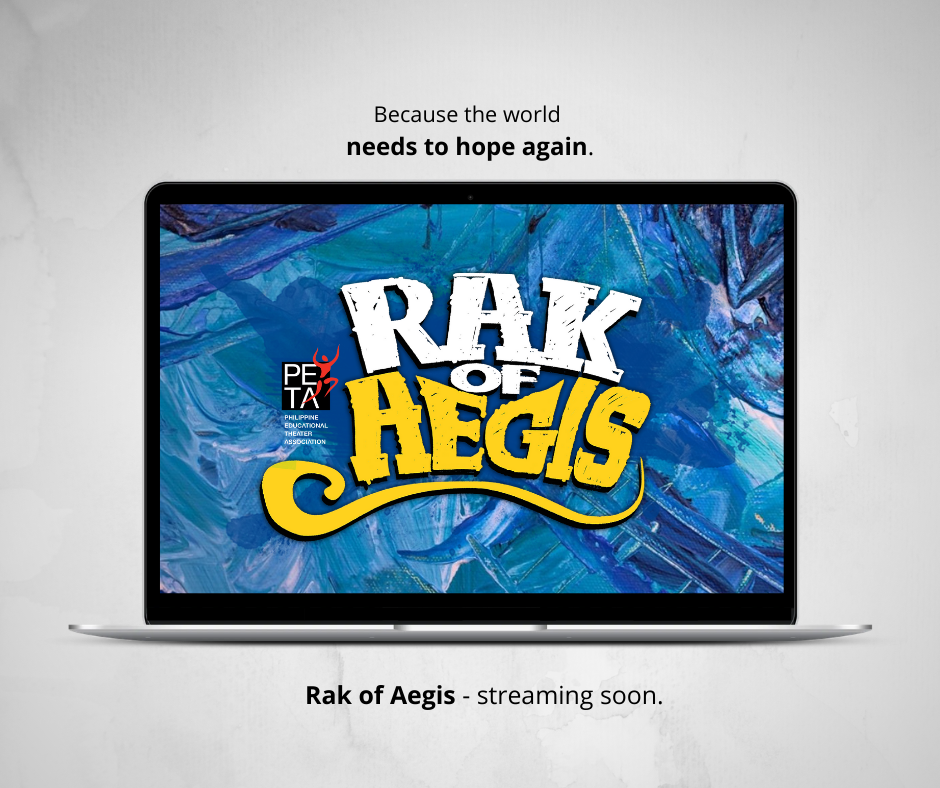 A treat for theater fans and OPM lovers! Philippine Educational Theater Association (PETA) together with Organisasyon ng Pilipinong Mang–Aawit (OPM) and The Philpop Musicfest Foundation (Philpop) are proudly presenting the pay-per-view streaming of the jukebox musical Rak of Aegis on 31 July, August 1, 7, 8, 2021 via www.ticket2me.net.

Rak of Aegis Online is the banner project of PETA’s fundraising campaign dubbed as #TakePETAbeyondCOVID, and a part of the Linggo ng Musikang Pilipino (LMP) 2021 celebration.

Featuring songs from the popular 90’s band Aegis, the jukebox musical tells the story of impoverished community Barangay Venezia, which has been submerged in floodwater for two months.

Since 2014, Rak of Aegis has captured the hearts of audiences with its humor, music, the message of resiliency, family, and community. Now, finally, Villa Venezia and its well-loved residents will grace the screens, with a newfound relevance to the show’s message.

This streaming of Rak is a testament that the resilience of those in Villa Venezia exists not only in the play, but also in the Filipinos trying to navigate through the COVID-19 pandemic, and in the artists who have strived to thrive and survive despite the crisis currently faced by the local theater industry.

Tickets for Rak of Aegis Online will be available online by May 2021.

The streaming cast as well as further ticketing details will be announced soon.