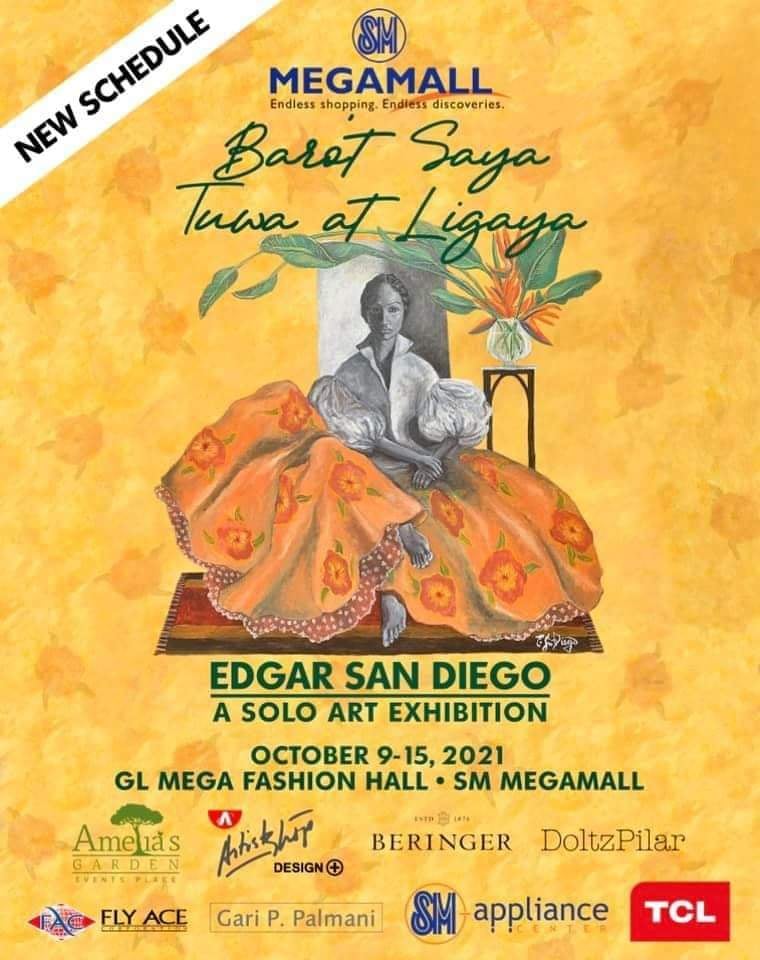 The theme of the exhibit is a ‘Tribute of Joy to the Filipina and her Traditional Dress amidst the Pandemic.’

Edgar’s love for the beautiful Filipina, traditions, costumes and production design is evident on his paintings, keeping in mind that the colors are bright and the subjects are happy in creating positive vibes which we need most in this pandemic. He chose to deal with beautiful characters in their colorful costumes and nostalgic scenarios. 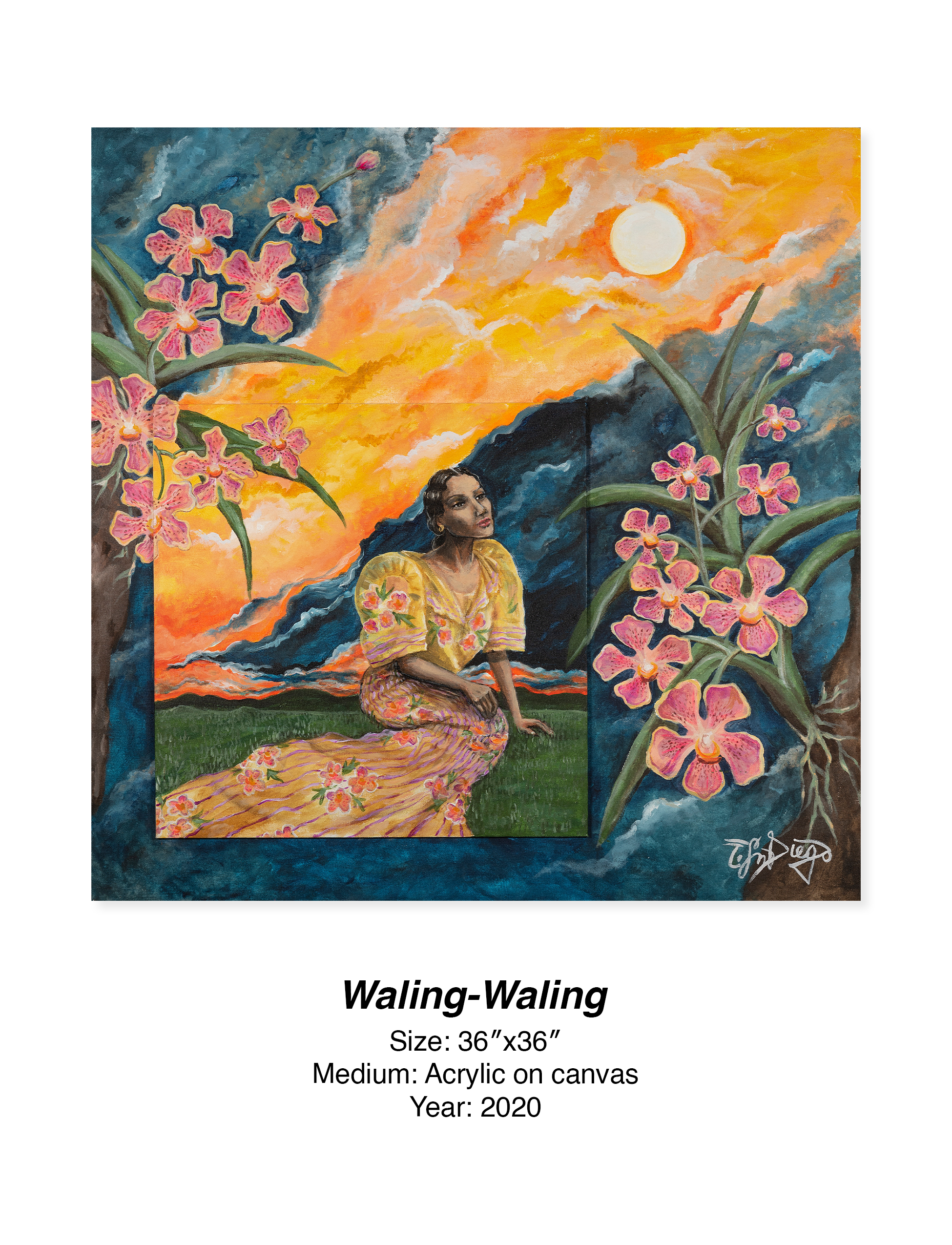 Why this crossover from fashion design to visual arts ?

“I turned 60 last March 13, 2020. And then after 2 days, the lockdown was imposed. I thought that it was only going to last for a month or two. So to keep me away from boredom, I cleaned the house, reorganized my cabinets and do things that I neglected when I was busy with my dress shop. However, when I ran out of things to fix, I decided to pick up my brushes and called my canvas supplier. Luckily, she was open all the time to accept my orders. What I did was to order an extra 4 to 6 canvases which eventually gave me no excuse to stop.”

“I shared posted some of my early works on Facebook while daughter Abby posted them on her Instagram account. The favorable remarks and thousands of likes were heartwarming and encouraged me to create more. The choices for the artworks included in this exhibit is also based on how much people reacted to them.”

For his women of style and substance, Edgar’s inspiration comes from  Frida Kahlo, Tamara de Lempicka, Betsty Westerndorp, among others.

Before Edgar San Diego became a fashion designer, he used to hand-paint on formal clothes for established designers during his UST Fine Arts days. He was also a display-window artist at the Plaza Fashion Mart where he had a chance to meet fashion directors, models and more designers whom he we will eventually work with after college.

In 1981, he was invited and became the youngest pioneer of the Fashion Designers Association of the Philippines where he eventually served as president for 4 terms. 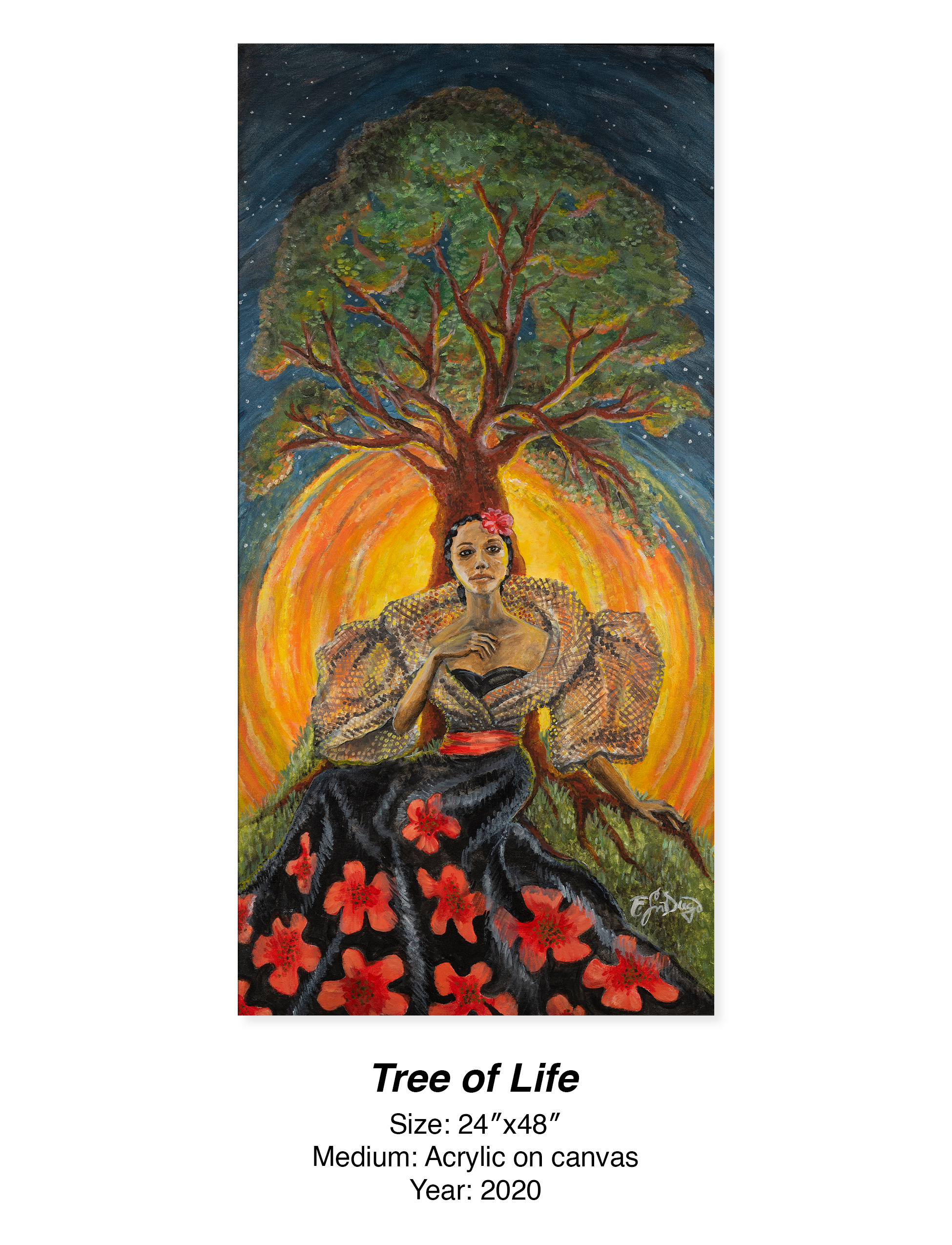 “Haute Couture Designer of the Year” in the Manila Fashion Designers Awards in 1989.

“Grand Prix Best Costume Award” in Carnival in Rio in Manila, which brought him to Rio de Janeiro, Brazil 1990

5 time winner in the Annual Flores de Mayo at The Manila Hotel.

Philippine representative to the 1989 Asean Fashion Connections in Singapore

Awarded as one of the Outstanding Alumni of UST College of Fine Arts and  Don Bosco Technical Institute. 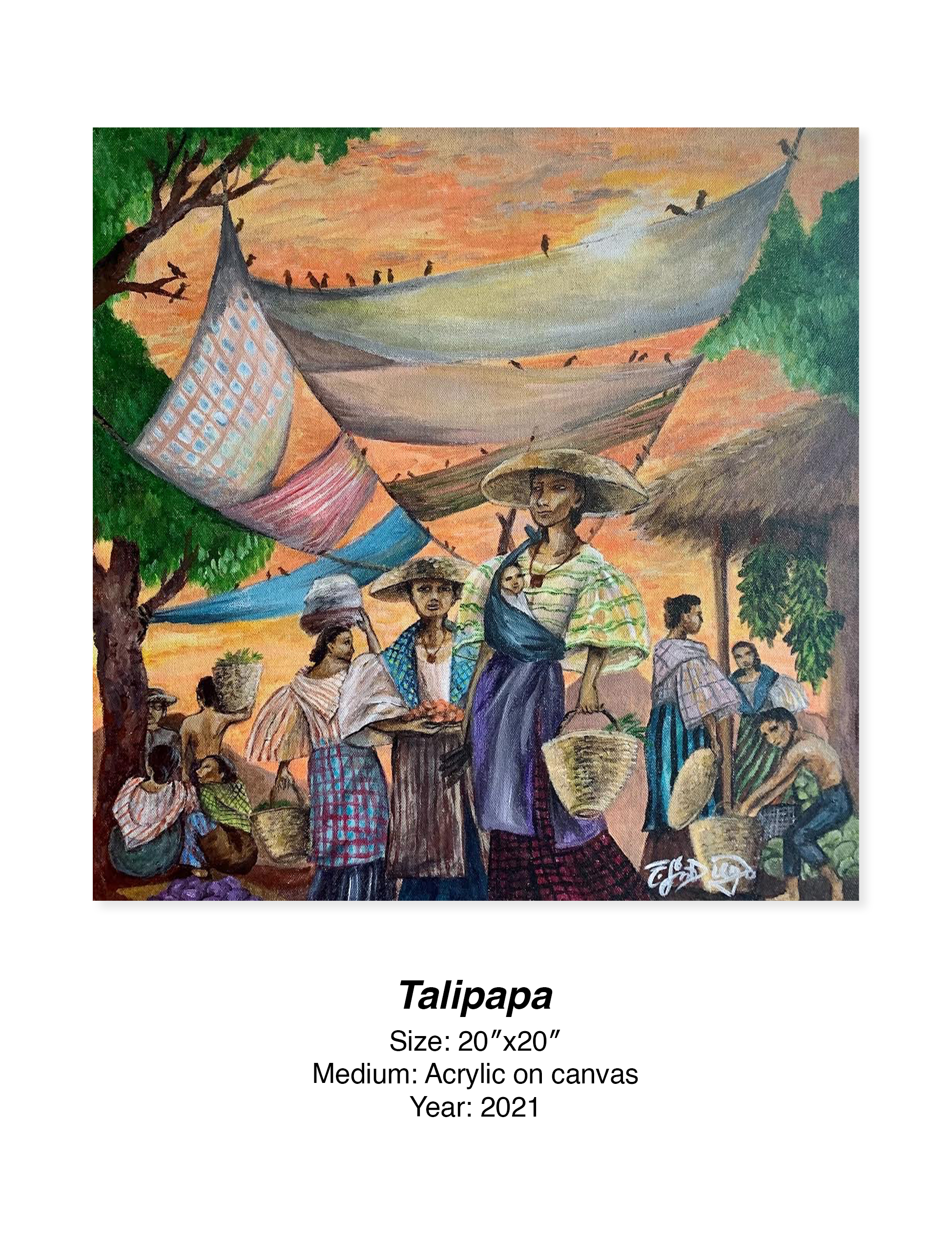 As a costume designer, Edgar’s credits include Repertory Philippines’ “The Wizard of Oz”, “The Man of La Mancha”, “M Butterfly”, “Aladdin”, “The Sound of Music”, etc. ;Trumpets’ “The Lion , the Witch and the Wardrobe” , and “Little Mermaid” and New Port theater’s “ Priscilla, Queen of the Desert”. 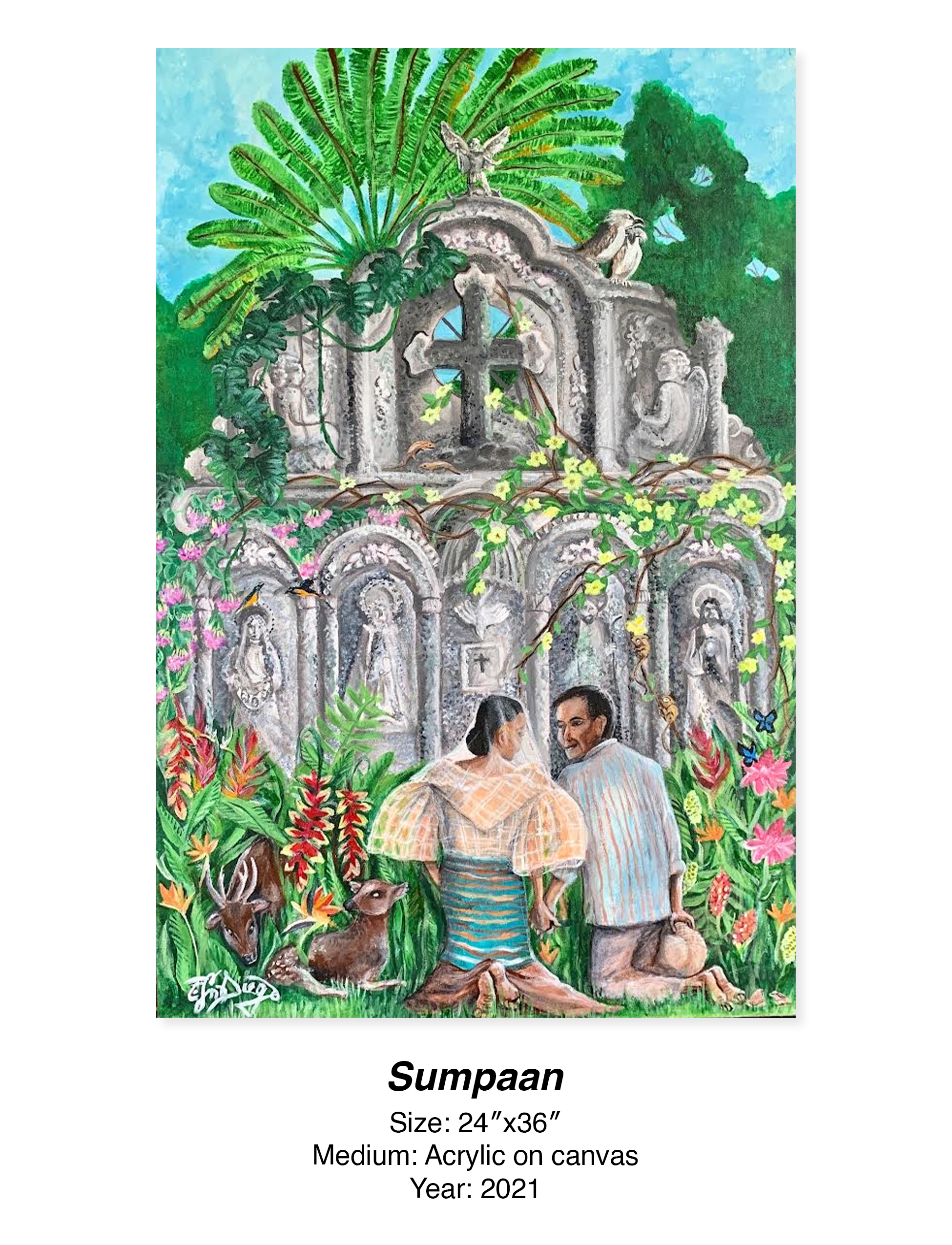 A percentage of the sales will be donated to Special Services of Jose Reyes Medical Center through Mr. Rheez Chua.