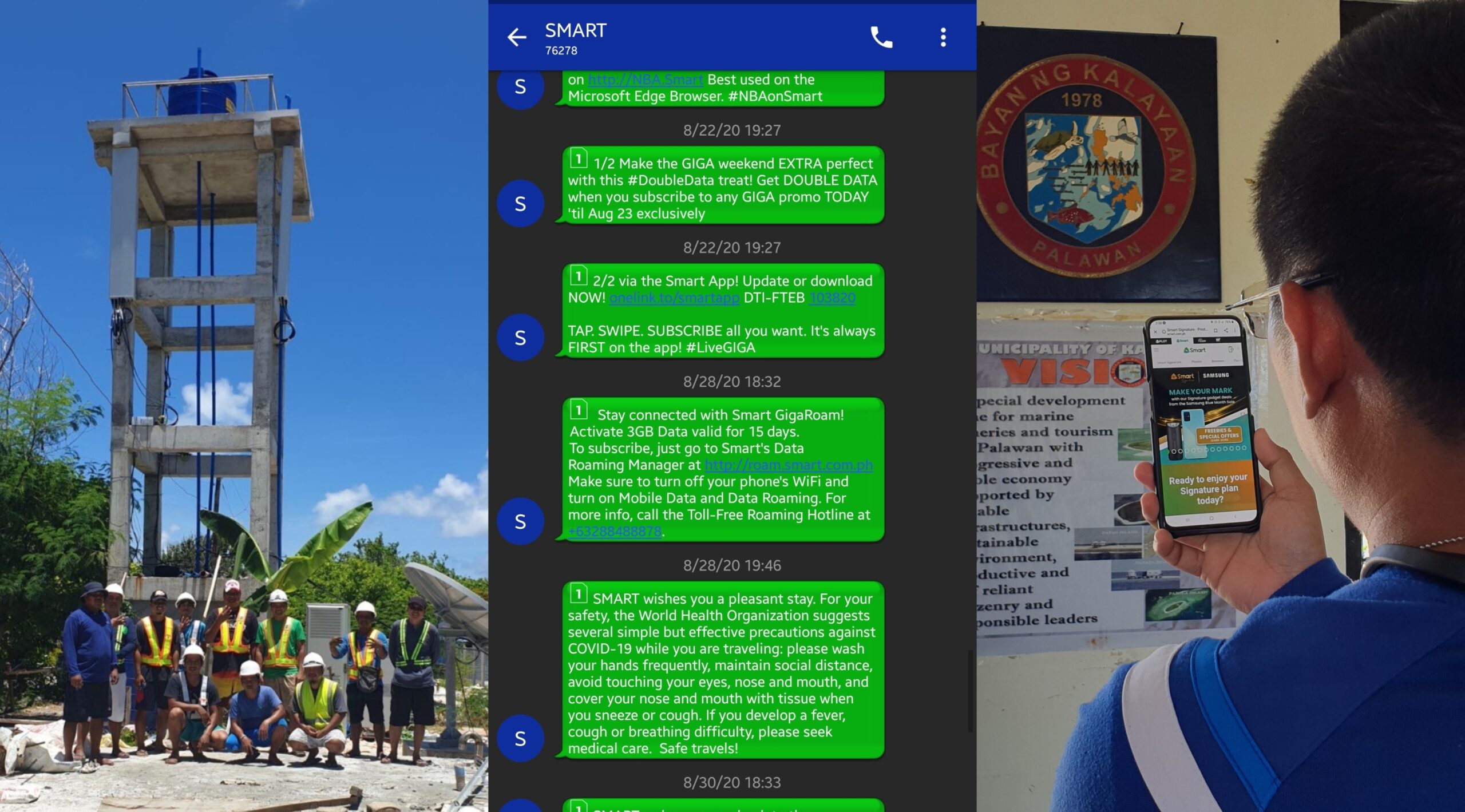 Despite challenges due to the island’s location in the West Philippine Sea, PLDT wireless subsidiary Smart Communications, Inc (Smart) has recently fired up its 4G/LTE service in Pag-asa Island in the municipality of Kalayaan, the country’s most remote cell site, located some 500 kilometers from the capital city of Puerto Princesa, Palawan.

Residents of Pag-asa Island can now use mobile data to communicate with family members and loved ones via chat apps and video calls, share photos, send emails or watch videos online.

In an email sent from Pag-asa Island, Smart engineer Edbert Aquitania shared a screenshot of the message he received upon firing up the LTE site: “Welcome back to the Philippines!” it said.

This development marks another step towards improved communications for the people of Pag-asa, who were first connected via mobile communication in 2005, when Smart turned on its 2G service on the island.

“The activation of LTE in Pag-asa island is proof of our continued commitment to give our customers access to our services, wherever in the Philippines they may be, regardless of the challenges,” said Mario G. Tamayo, senior vice president and head of Network Planning and Engineering at PLDT-Smart.

This LTE activation is part of Smart’s continuing rollout of its LTE services nationwide. To date, Smart’s high-speed broadband service is available in 93% of the country’s cities and municipalities and serves 95% of the population.

This rollout is part of PLDT and Smart’s sustained investments in their network, which have totaled some Php260 billion from 2015 to 2019. Amid the regained momentum of its network rollout efforts following the easing of lockdown restrictions, PLDT has leveled up its target capital expenditures for 2020 back up to about Php70 billion.