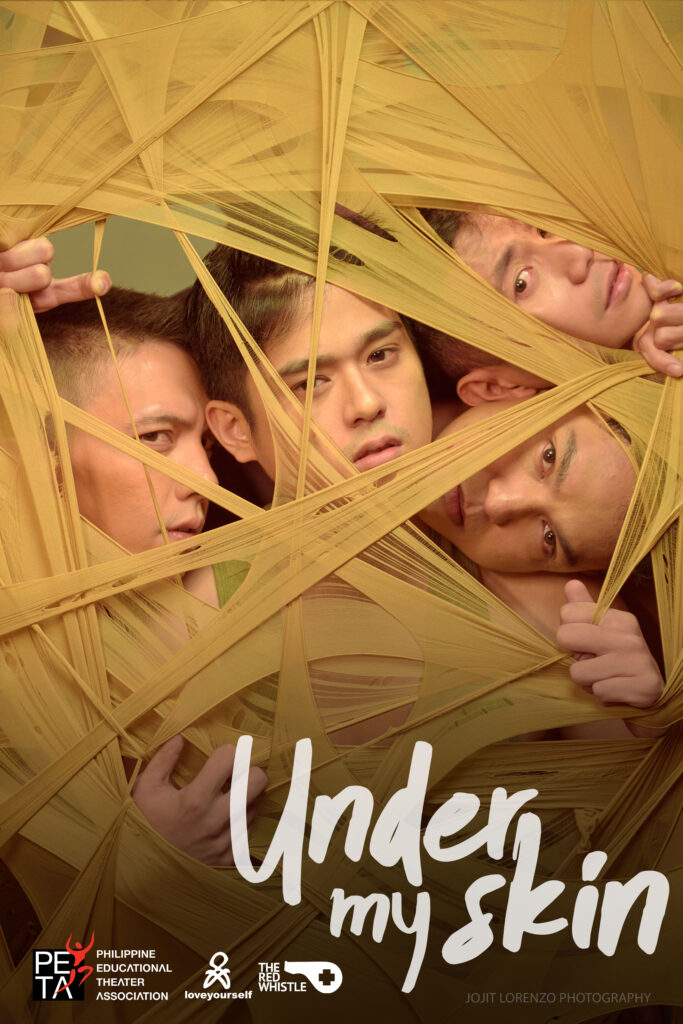 The Philippine Educational Theater Association (PETA) stages Under My Skin, written by Rody Vera and directed by Melvin Lee, as its 52nd Theater Season finale. The play reflects PETA’s advocacy for raising awareness and starting conversations towards pressing issues, which now sheds light on the different faces behind HIV and AIDS.

Under My Skin is an anthology drama about the stories of Filipinos living with HIV. We are introduced to a number of characters affected by the epidemic, and their stories are woven together by epidemiologist Dr. Gemma Almonte, who ultimately hopes for a change in public perception, an increase in compassion, and a society afflicted not with ignorance and prejudice, but with compassion and understanding.

A commissioned piece requested by TV and film director Andoy Ranay in 2016, playwright Rody Vera shares that Under My Skin is actually based on people he personally knows and loves. “I decided to write in multiple stories that will somehow mirror the overwhelming increase of HIV cases. And yet nobody seems to be as alarmed, thinking that it’s just a ‘gay’ disease,” Rody says.

UNAIDS reports cite the Philippines as the No. 1 country with the fastest-growing HIV epidemic in the world, with an estimate of 70,000 cases by the end of 2018. According to the HIV/AIDS & Art Registry of the Philippines under the Department of Health, there are 35 newly diagnosed cases of HIV every day as of June 2019. It’s an alarming spike from the data of 2008 that reports only one new case per day and the ages affected are now becoming even younger. To combat this global epidemic, UNAIDS established 90-90-90 –a new target for HIV treatment by 2020: 90% of all people living with HIV will know their HIV status; 90% of all people with diagnosed HIV infection will receive sustained antiretroviral therapy; 90% of all people receiving antiretroviral therapy will have viral suppression.

It is because of this that PETA chooses Under My Skin to take center stage in the launching of the “Acting on HIV” campaign. In partnership with advocacy organizations LoveYourself and The Red Whistle, and with the support of UNAIDS and Unilab, Under My Skin exhibits Rody’s intention to use theater as a platform to educate and stir action. “I wanted to address the misconceptions, the fears, as well as the opportunities for correcting these,” he says.

Director Melvin Lee believes that it is a timely avenue to discuss and confront topics such as this in order to spark conversations among the people. “A change in mindset is important, that HIV is not just a ‘gay’ issue since it can affect anybody of any age. It is not simply a private concern, but one that is a public concern. The spread of HIV is a multi-faceted issue,” says Melvin. He also shares that the challenge of Under My Skin is how to present the different stories as truthful as possible. “The material’s strength is the authenticity of the stories and it has to be told in the rawest form and truthful fashion,” he says.

Under My Skin will be a significant addition to the current efforts of HIV advocacy plays in the country’s theater scene, but Melvin and Rody believe that this will be a standout play, especially with PETA’s evident tradition and success in tackling sensitive topics through the arts in the past. “The play will not only provide the pertinent information about the disease but it will also showcase the wide range of characters that will inspire compassion and humanity in audiences,” Melvin shares. “In doing so, then we will hopefully affect them and we can contribute together in the eradication of the stigma on HIV.” Likewise, Rody hopes that both audiences and artists will be moved on an individual level, and also up to the levels of implementing policies and supporting initiatives to address HIV and AIDS. “Under My Skin addresses not only the nature of the disease but also how society views it, their perceived carriers, and the patients,” Rody explains. “It covers medical, political, social and economic factors. It even covers religious and moral issues. Dealing with HIV is not just about dealing with the virus alone.” 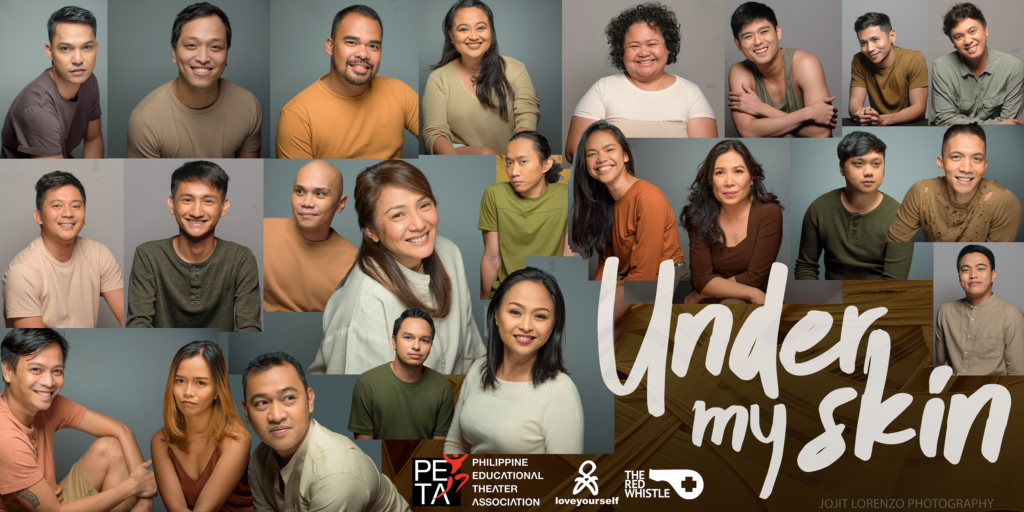