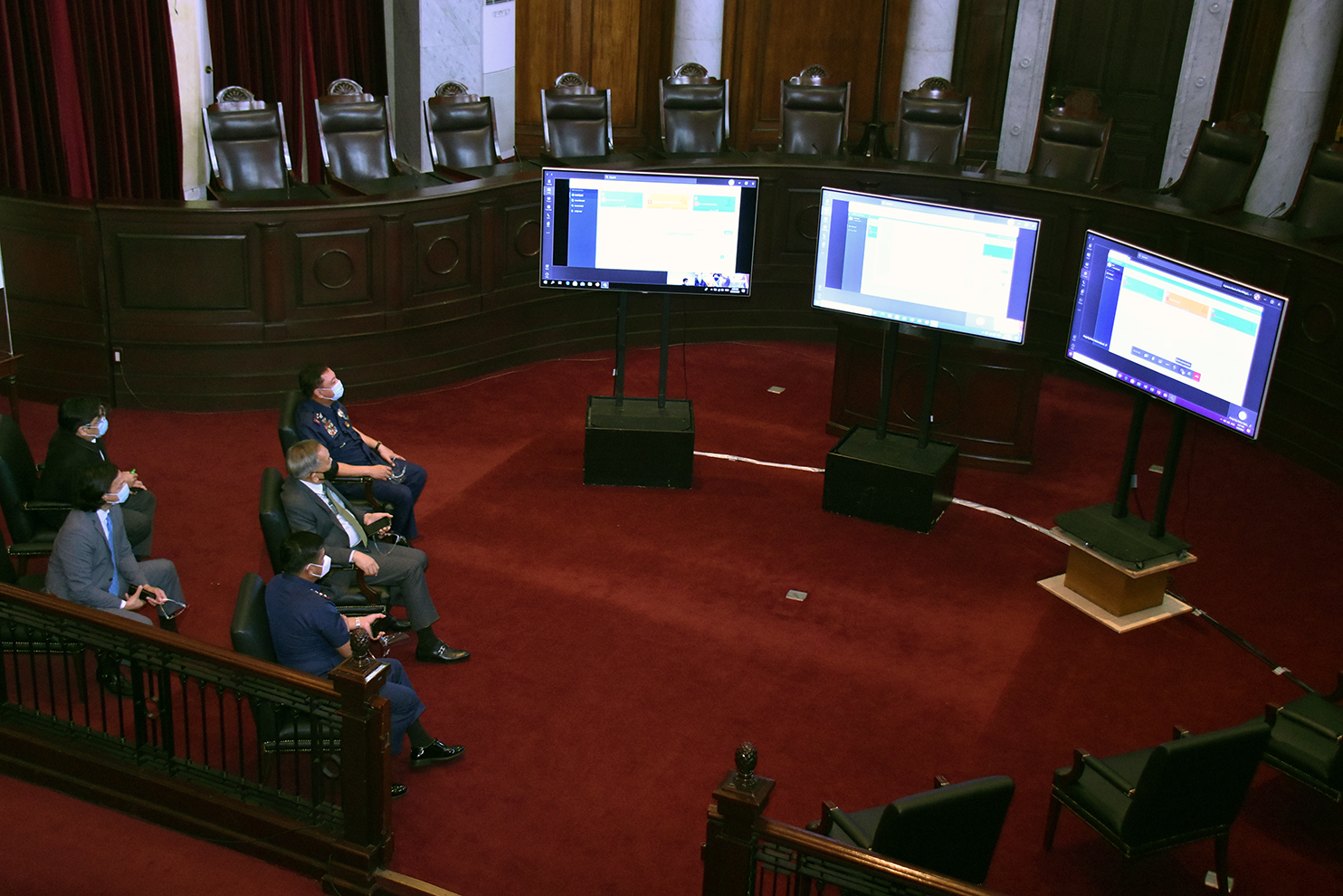 The Philippines’ justice system has taken a significant digital leap forward as the Supreme Court of the Philippines formally institutionalized videoconference proceedings for all its courts nationwide.

Utilizing Microsoft 365—a unified communication and collaboration platform with innovative Office web applications, intelligent cloud services, and world-class security—transparent proceedings and fair justice is becoming more available for more Filipinos at all levels of the justice system, even amid the ongoing community quarantine throughout the nation.

The Supreme Court recently approved the Guidelines on the Conduct of Videoconferencing, allowing remote appearances in court proceedings from individuals across and even outside the Philippines.

“On January 16, 2021, videoconferencing was formally institutionalized, and the guidelines and the conduct of video conferencing became effective. For the first time in its 119-year history, the Philippine judiciary has blazed a new trail by allowing remote testimony from parties situated in even in different parts of nation and the globe,” said Honorable Jose Midas P. Marquez, Court Administrator of the Supreme Court of the Philippines.

The Supreme Court chose Microsoft to be one of its key partners in their digital transformation journey and invested in Microsoft 365 because the solution is cost-efficient and ensures security and compliance. Moreover, it is interoperable with the judiciary’s other projects, and Microsoft supported the necessary skilling for their IT team throughout the pandemic.

“We are privileged to work alongside the Supreme Court of the Philippines in this historic achievement where remote appearances from parties across and beyond the country are now part of court proceedings. The leaders of the national judiciary aspire to provide Filipinos with innovative and accessible citizen services, and we’re fully committed to empowering them with the right technology solutions to do so—today and in the future,” said Microsoft Philippines Public Sector Director Joanna Rodriguez.

During Microsoft’s recent “Asenso Pilipinas: Building Digital Resilience” Summit, Marquez shared how the Supreme Court of the Philippines embraced innovation to spark digital transformation throughout the 27,000 courts across the country under its jurisdiction.

“At present, all courts are authorized to conduct videoconferencing hearings bringing the total to 2,715 courts. I am pleased to note that from May 4, 2020, to January 8, 2021, while parts of the country are still on varying forms of a lockdown and with hardly any mentoring, almost 170,000 video conferencing hearings in both civil and criminal cases have already been conducted by our judges with a success rate of 80%.”

According to Marquez, the imposition of the Enhanced Community Quarantine (ECQ) at the onset of the pandemic brought challenges across all judicial levels.

In the early months of the pandemic, Community Quarantine and reported infections of Persons Deprived of Liberty (PDLs) with COVID-19 in different detention facilities restrained the movement and travel of PDLs, judges, and court personnel.  At that time, Marquez said, the judiciary worked with a skeletal workforce and was mandated only to act and resolve matters filed before the courts electronically.

“This was as much as we could do as we did not have any official regulating platform to mount video conferencing hearings which was badly needed at that time”, Marquez Said.

The Supreme Court evaluated various tools in the market that will enable them to launch virtual court hearings immediately. After assessing the full spectrum and balance of Microsoft 365 with their security, privacy, and compliance requirements through collaborative workshops, the Supreme Court decided to avail the solution for a trial.

With the substantial capability to launch virtual hearings, the Honorable Chief Justice Diosdado M. Peralta issued Administrative Circular 37-2020 for the pilot testing of hearings of criminal cases through videoconferencing in select courts in cities nationwide on April 27, 2020.

In just over a week of the pilot testing, 4,683 PDLs were released, and after two months, 21,375 videoconferencing hearings were conducted by judges. As of October 2020, more than 81,000 PDLs and children in conflict with the law were released through virtual court hearings.

Moving forward, the judiciary is aware that there are still improvements to be made, and enabling more technology will allow the courts all over the country to be more efficient, effective, and responsive. “This should reduce, if not totally eliminate, the biases that could stall exponential technological developments to enhance and expedite the administration and dispensing of justice,” according to Marquez.

He added that with more people gaining access to the internet and accustomed to technology, virtual access to justice could be a reality in the country sooner than later. (PR)