Before it became Elitista Circle of Models, there is Palawan Discovery Productions founded of course by no other than Thom Favila, former pageant enthusiast who became a household name in making young girls and boy conquer a big stage of pageantry in the world’s best island.

His Fashionista King And Queen has continue for many years, making it a platform for those wannabee in improving their self confidence, and make their hometown proud in bringing a crown. Favila’s biggest contribution is no other than Janicel Lubina, the lass from Narra who take home the second Binibining Pilipinas Crown for Palawan. 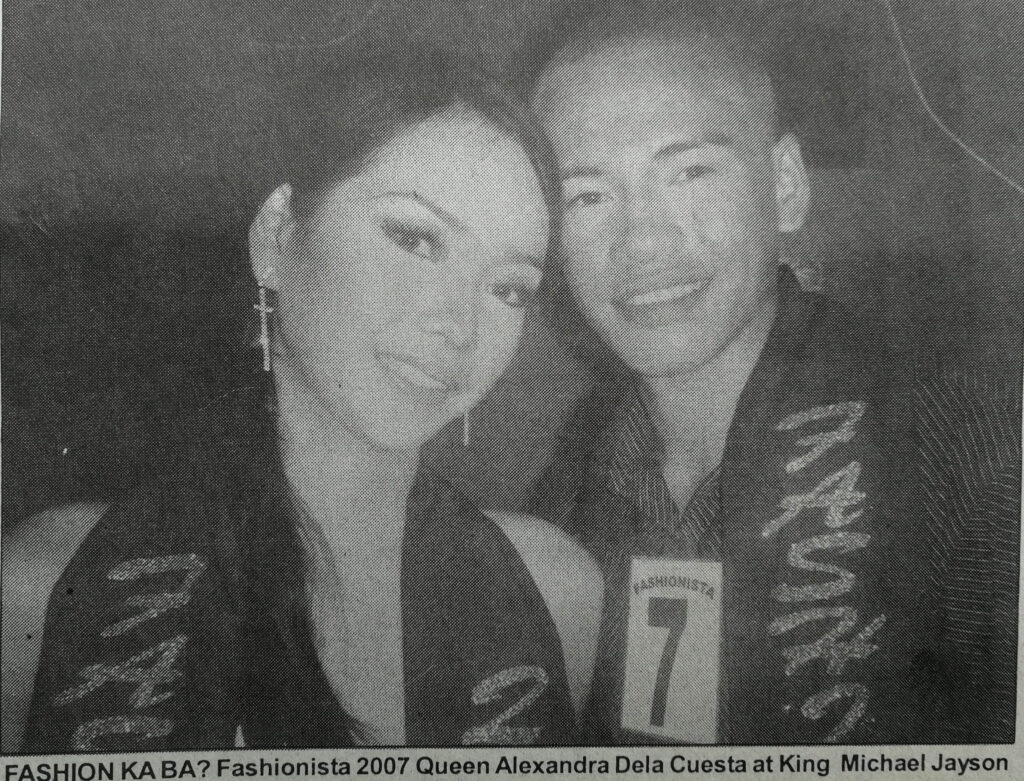 Thom’s passion for beauty start in Palawan Discovery productions that produce his very own Fashionista King and Queen, and later on form his own group of models called Elitista, to which his personal boutique is also name after. 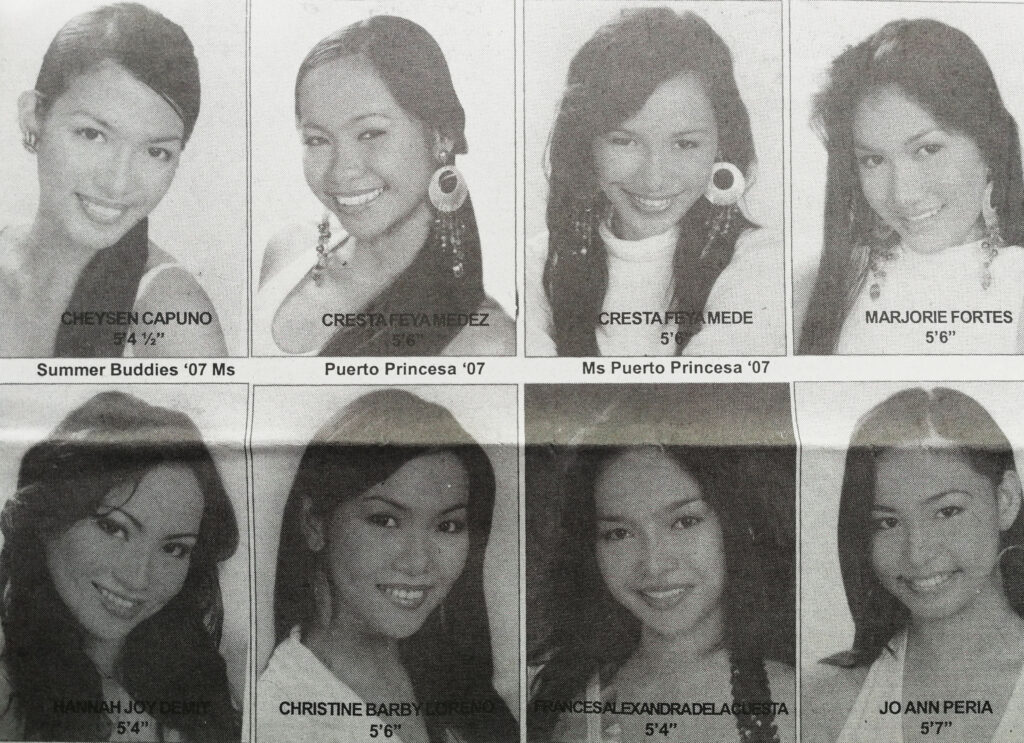 Here’s our feature before in Bandillo Ng Palawan about the first batch of talents, handled, trained and groom by Favila. 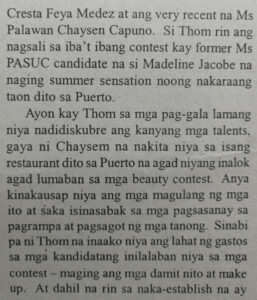 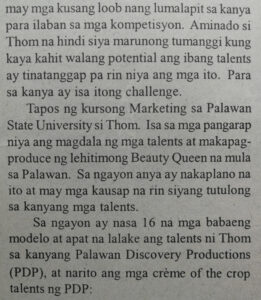