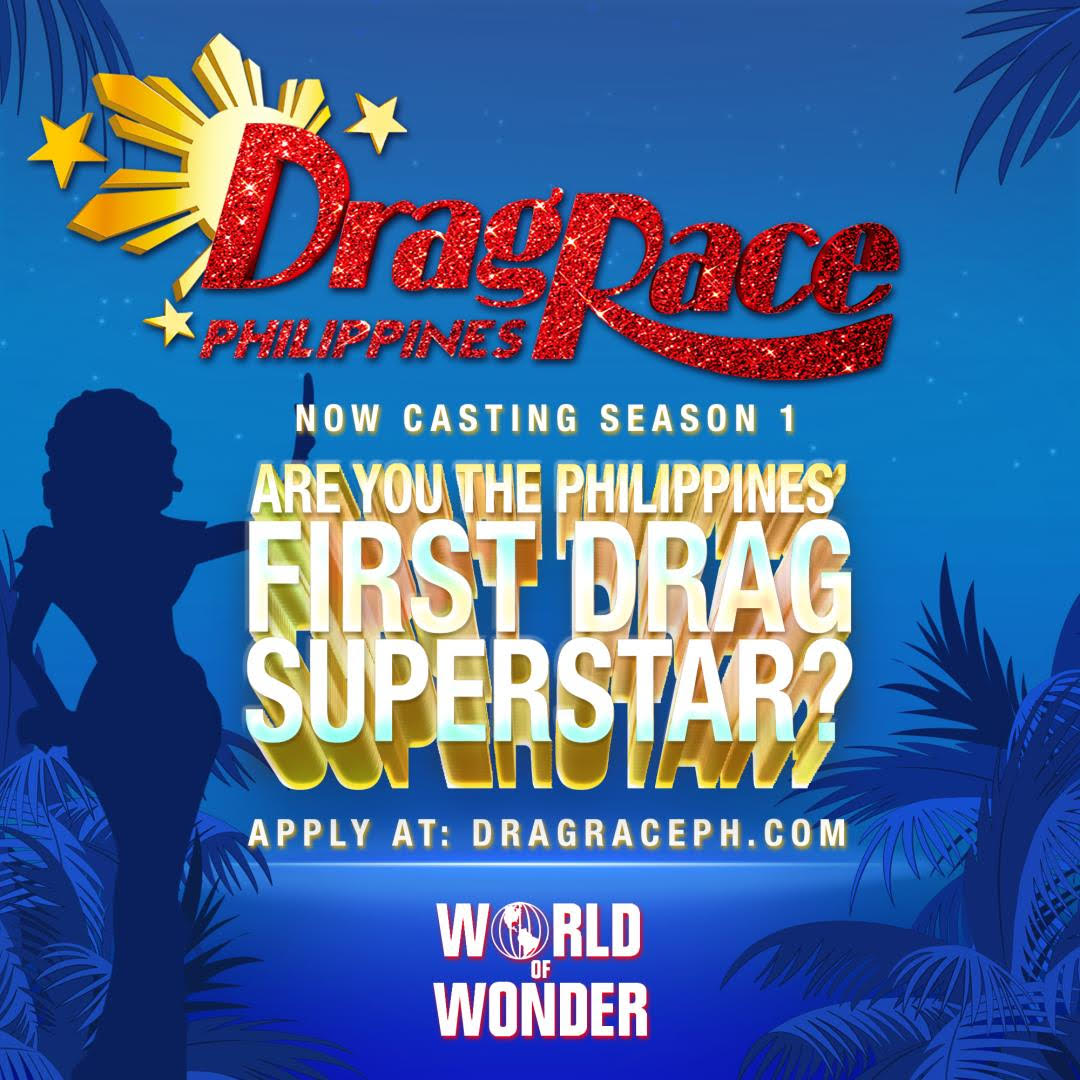 The Latest International Version of the Global Phenomenon Will Premiere Worldwide Exclusively on WOW Presents Plus.

Media company World of Wonder announced today the next international iteration of the Emmy-winning franchise, Drag Race Philippines. The series will premiere exclusively on WOW Presents Plus globally. The Filipino version of the worldwide franchise joins existing formats across Thailand, Chile, Canada, Holland, the UK, Spain, Australia and New Zealand, and Italy.

“The Drag Race franchise has shined a spotlight on so many incredible queens from around the world and we are so excited to introduce audiences to the dazzling queens of the Philippines.” said World of Wonder co-founders Randy Barbato and Fenton Bailey. “WOW Presents Plus was created to serve as a springboard for underrepresented voices, so we are thrilled to exclusively premiere Drag Race Philippines on the platform for our global viewers.”

HERE. The host, judges, cast, and premiere date of Drag Race Philippines will be ru-vealed at a later date.

A cultural staple produced by World of Wonder since 2009, the RuPaul’s Drag Race franchise is available in 193 countries through network partners and the WOW Presents Plus SVOD. The series has a total of 19 Emmy wins, making it the Television Academy’s most-awarded reality competition show in history. In 2018, Drag Race became the first series to win Best Reality-Competition Program and Host in the same year, a feat it repeated the following year. The Drag Race universe created by World of Wonder now encompasses numerous spin-off series on both linear and streaming; the world’s largest drag culture convention, RuPaul’s DragCon; merchandise lines; albums; and a Las Vegas Revue.