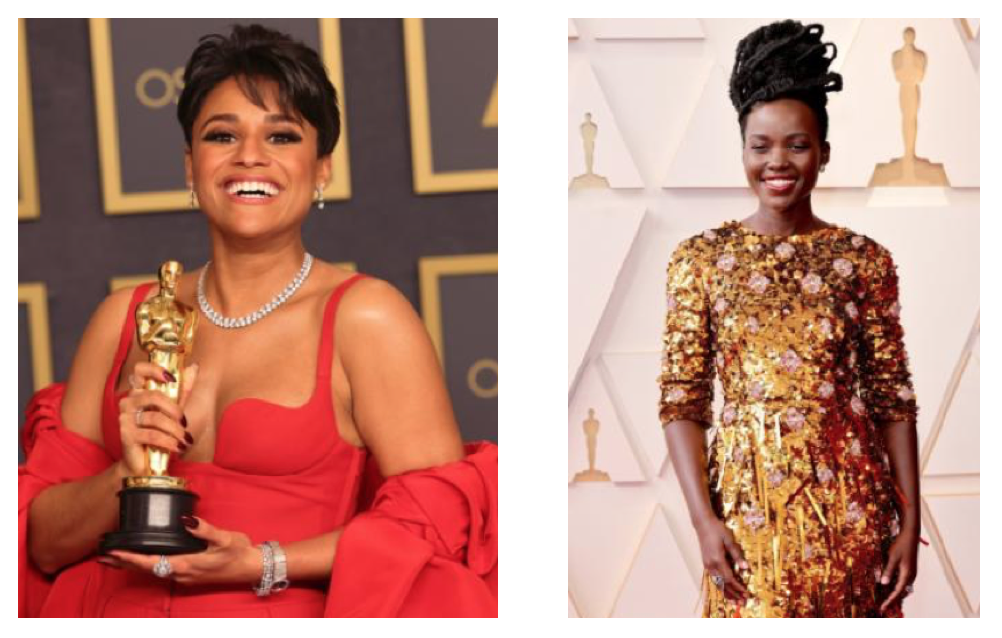 “Oscars night was spectacular in every way! When we chose the jewellery to wear for the big night, I put on the diamond necklaces from De Beers and the pieces immediately evoked light and music from within. Each one really spoke to me for this moment and it was the perfect way to celebrate this incredible evening. And I know De Beers is committed to sustainability which is a win for me,” Ariana said of her De Beers Jewellers look for the evening. 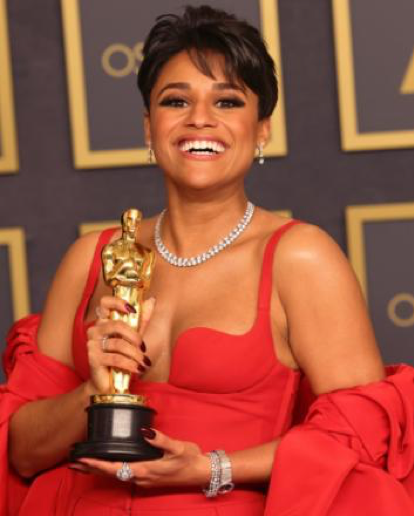 Zadrian Smith, half of Ariana’s styling team Zadrian + Sarah said of the look, “As Ariana’s Academy Awards look is so unique and individual, we needed jewellery that was going to stand apart as well. We chose stunning natural diamonds from De Beers, who had pieces that measured up to the magnitude of this moment.” Sarah Edmiston added “…And when we found out that the earrings and necklace she’s wearing were named ‘Drops of Light,’ it felt serendipitous. Ariana is such a light, illuminating the spaces around her.” 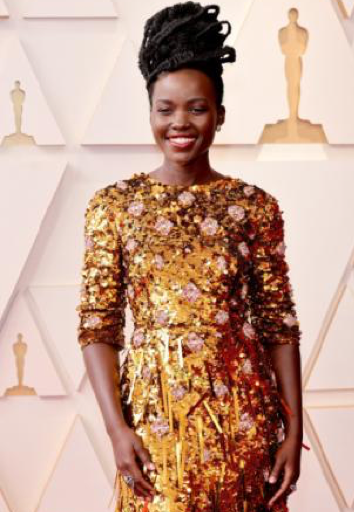 “We paired the most extraordinary De Beers jewellery with Lupita’s gold fringe gown. The Light Rays crown ring from The Alchemist of Light collection could not be more perfect because it mimicked the detailing of the dress. The pink and yellow diamond earrings and statement ring from the Reflections of Nature collection added the perfect pop of colour. You don’t ever want your jewellery to compete with your dress, rather you want them to enhance each other. These pieces effortlessly did just that,” said stylist Micaela Erlanger of Lupita’s Oscars look.

About De Beers Jewellers
Founded in London, with a flagship store on Old Bond Street and a presence in the most exclusive locations around the world, De Beers Jewellers is the pinnacle of luxury diamond jewellery. Building on De Beers’ 130 years of expertise, the House glorifies the world’s most beautiful diamonds through creativity and craftsmanship in bold, distinctive designs.

De Beers is committed to ensuring all the diamonds it discovers create a lasting positive impact for people and the places where they are found. This comes with a pledge to build a better future – one that is fairer, safer, cleaner and healthier, in which communities thrive, ethical practices are maintained, and the natural environment is protected.

De Beers Jewellers has 30 stores globally and ships to 15 markets via www.debeers.com.