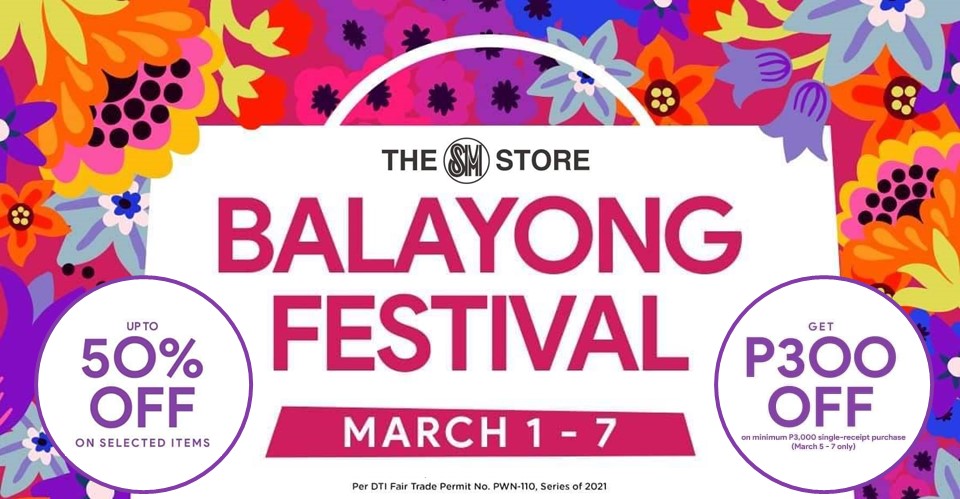 Puerto Princesans could enjoy the Balayong Festival as early as March 1 at The SM Store Puerto Princesa, which offers special festive deals of up to 50% off on great finds.

Both offers are valid for in-store and Call to Deliver transactions with some exclusions posted at cashier stations. Per DTI Fair Trade Permit No. PWN-110, Series of 2021.

Mallgoers could enjoy these perks at The SM Store from 10 AM until 8 PM.

SM City Puerto Princesa started its vibrant celebration this year of the annual Balayong Festival as early as February 12 with a colorful yet regulated parade.

Until March 3, 2021, supporters of Miss Puerto Princesa candidates may still cast their votes at the special voting site located at The Event Center of SM City Puerto Princesa. The candidate with the highest votes will receive SM Shopper’s Choice Award during the coronation night.

Balayong Festival is annually celebrated simultaneously with the Founding Anniversary of the City Government of Puerto Princesa every 4th day of March. (PR)