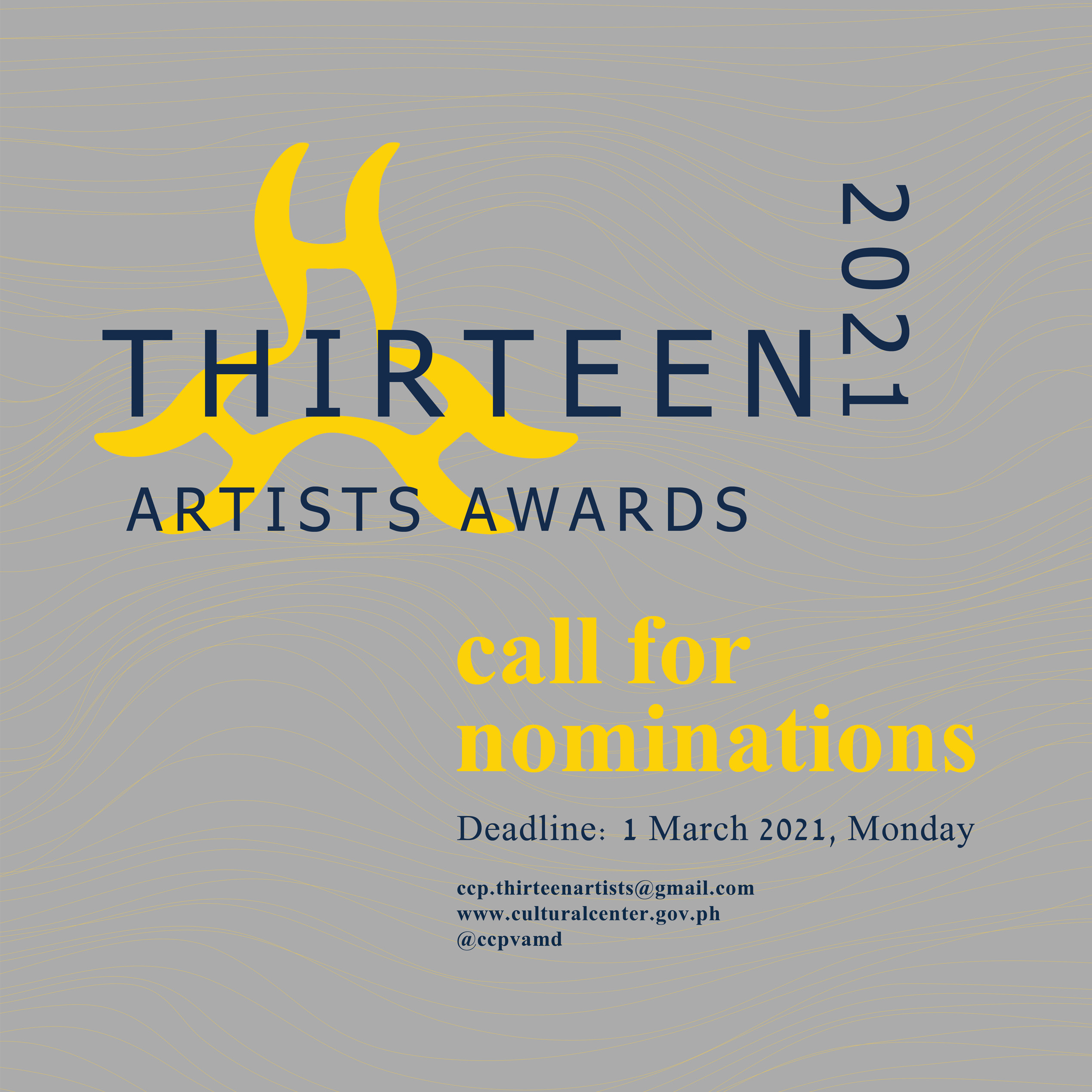 THE Cultural Center of the Philippines, through its Visual Arts and Museum Division is now accepting nominations for the 2021 Thirteen Artists Awards.

Since its first presentation 50 years ago, the THIRTEEN ARTISTS AWARDS (TAA) started as a curatorial project of the Cultural Center of the Philippines (CCP) Museum under the directorship of its first curator Roberto Chabet.  The TAA was created in order to showcase the works of artists who grasped to “restructure, restrengthen and renew artmaking and art thinking…that lend viability to Philippine art”.  It was Raymundo Albano, the next Director of the CCP Museum and Non-theater Operations who transformed the 13 Artists into the awards program that it is today.  The 13 Artists exhibition was mounted every two years from 1970 to 1980, and again in 1988, 1990, 1992 and 1994.  It was revived in 2000, and changed to a triennial format, which it follows until today.

Art councils, art groups, heads/deans of art schools, museum and gallery curators and directors, art critics and past Thirteen Artists Awardees may nominate a maximum of three (3) artists each.

The CCP Visual Arts and Museum Division (VAMD) under the Production and Exhibition Department and the Office of the Artistic Director will convene a Selection Committee composed of four (4) past awardees and the head of the CCP VAMD. The decision of the Selection Committee is final.

The prizes of a Thirteen Artists Awardee include a cash grant to defray the cost of materials for producing new work for a group exhibition at the CCP Bulwagang Juan Luna (Main Gallery), which will open with the formal awarding ceremonies; A trophy designed by a 13 Artists Awardee and specially commissioned for the 2021 Thirteen Artists Awards as well as Participation in CCP’s public programs of discussions, lectures, workshops and other activities.

Hardcopy nomination forms will not be accepted.