SEVEN amazing brass bands, with a twirling baton group, march their way to the Cultural Center of the Philippines and celebrate the holiday season on December 17, 3pm, at the CCP Complex, followed by exhibition drills at the CCP Front Lawn at 4pm. The event is open to the public.

Dubbed Banda Rito, Banda Roon, the marching band show aims to highlight the rich brass band history and heritage in the Philippines, while ushering in the lively and vibrant Paskong Pinoy spirit.

Founded in 2015 by executive director Patricia Real Barairo, the Color Guard Alliance of the Philippines Inc. manages to conduct various color guard programs, including workshops and seminars for visual design, color guard techniques, and leadership development. Based in Bacoor, Cavite, the band aims to provide a safe venue for the youth to become contributing members of the society through performing arts. With its pilot squad members, CGAP was the first Philippine team which participated in the Winter Guard International – Asia Championships, and is affiliated with Asian Marching Band Confederation, Winter Guard International, Color Guard Netherlands, and World Marching Band Organization.

Keeping the command’s vision, mission and core functions through musical entertainment, the band has grown and represented the PCG in different parts of the country. Today, the PCGSB has 83 members, composed of senior and junior ranking non-commissioned officers, under the tutelage of its musical director Capt. Herminigildo G. Ranera, who is also the resident conductor of the Philippine Philharmonic Orchestra, through the supervision and guidance of CG Commodore Eustacio Nimrod P. Enriquez Jr., the commander of the Coast Guard Education, Training and Doctrine Command.

Established in 1925, Anak Zapote Band is probably one of the oldest marching bands in Cavite, or even in the country. Back then, the sons and grandchild of the revolutionaries who fought and sacrificed their lives during the Spanish occupation built a tolda de campana, near the Rubio’s family house, where they practiced and honed their musical skills. Composed of 80 members, mostly young musicians, under the baton of Maestro Angelo Enriquez, the band follows the “Tone, quality, interpretation proficiency, our goals.” Some of the members are part of the Philippine Army, Philippine Navy, Philippine Air Force, Philippine Coast Guard and City of Manila Band.

Founded in 1986 after the Edsa Revolution, Banda El Gobernador was named after Gov. P.F Espiritu who hailed from Panapaan, where the band is based. The band was initially taught by Col. Delfin Miranda, who was a music student at the UST Conservatory of Music that time, with the help of Teodoro Reyes and through the financial support of Mr. and Mrs. Peping Miranda, Mrs. Aragon, Mrs. Santos and the people of Panapaan. A year after it was established, Banda El Gobernador won the Best Marching Band during the town fiesta in Taal, Batangas, and first runner-up at the Quiapo District Fiesta. Since then, the band has won several parades and concert competitions including a back-to-back win at the Antipolo Band Parade in 2014 and 2016, and a Hall of Famer in Maytinis, Kawit in 2013 to 2016.

Composed of 90 talented individuals from Bacoor and nearby barangays, the band under the baton of Maestro Jessee San Miguel and Maestro Joey Abesamis continues its legacy in providing quality music.

Founded and established in Taytay, Rizal, the Philippine Baton Twirling Association is a member country and a board member of the World Baton Twirling Federation. The association aims to provide opportunities for the Filipino kids to improve their skills by providing coaching and mentoring programs. All proceeds from PBTA Inc. are utilized to develop the baton twirling in the Philippines. 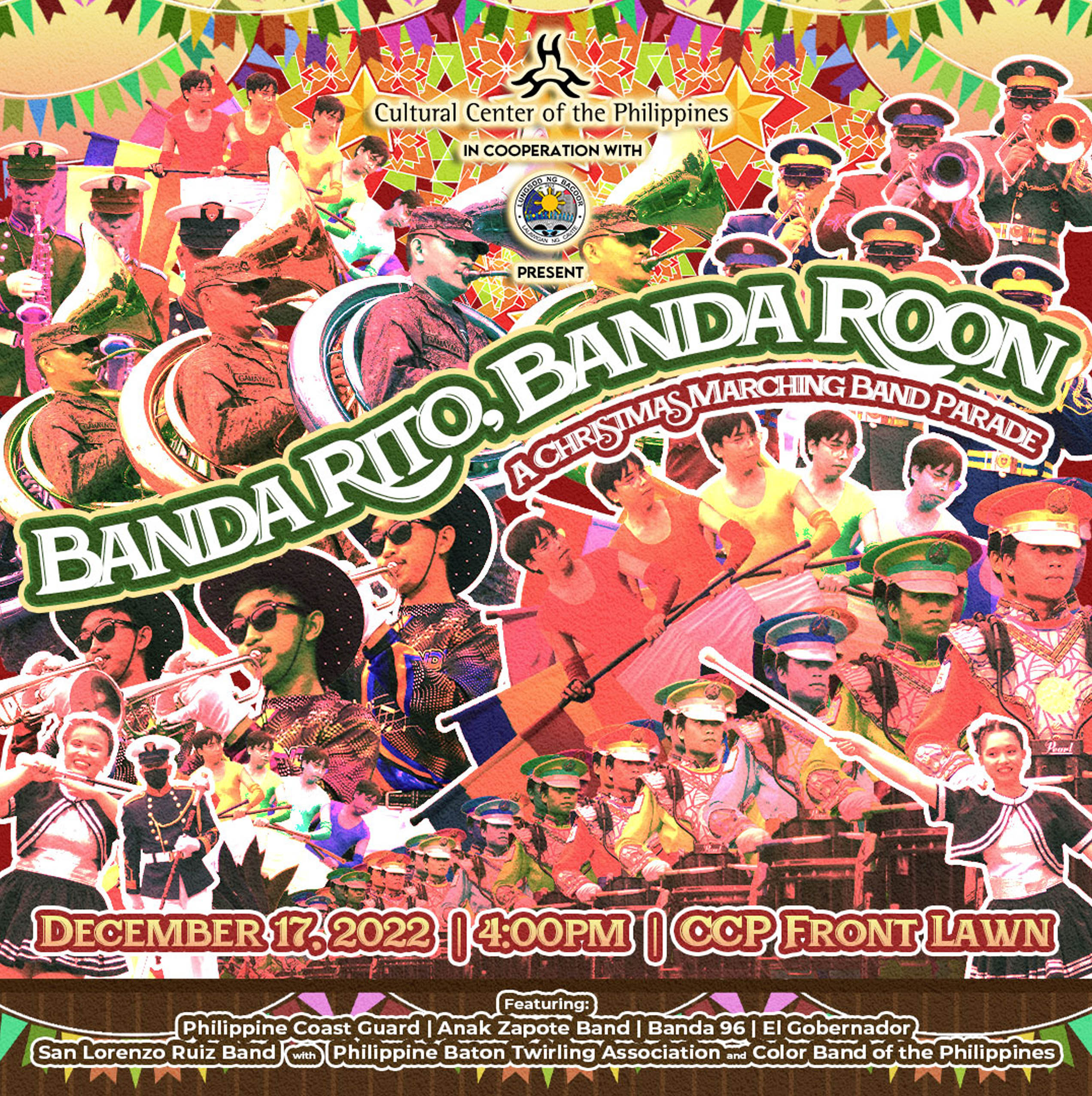 Established in 1930, Banda 96 was named after the historical revolutions in 1896 and composed of young Filipino boys. In 1956, the group joined and won the grand prize in a band competition held at the Subic US Naval Base. They were appointed the original members of the US Naval Base Consolidated Fire Department Band. They have joined several competitions in different regions in the country, including the one at the General Trias where they won first place in the March or Parade category, Pistang Quiapo (Hall of Famer Award), Pista ng Tondo (Hall of Famer Award), Nayong Pilipino’s Bandang Extravaganza (Hall of Famer), Araw ng Maynila (Best Drum Major Best Uniform 3rd place), Pista ng Antipolo (Grand Champion for 12 consecutive years from 2000 to 2012), and 1st Bakood Festival in 2011 (Grand Champion).