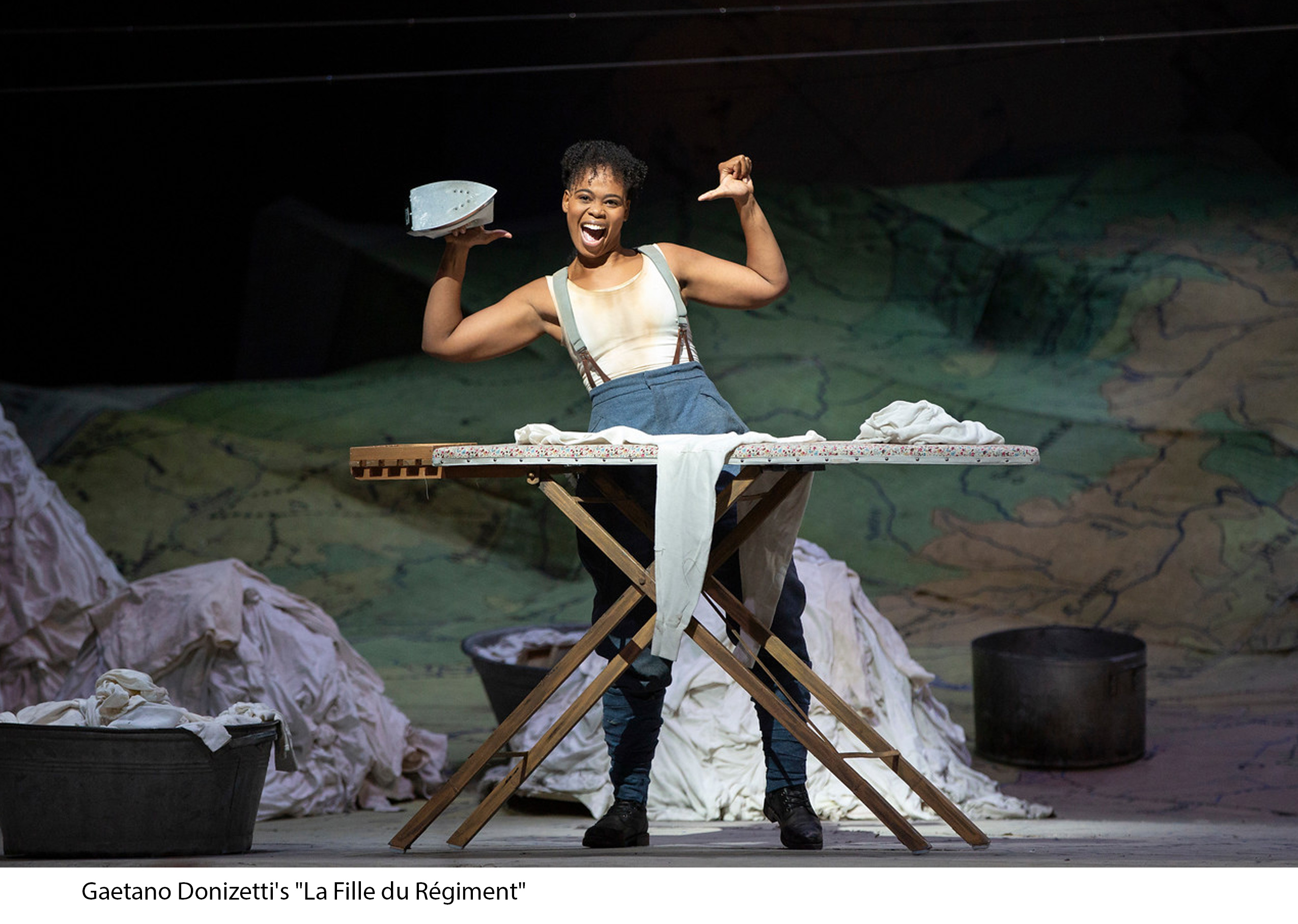 Bel canto stars Pretty Yende and Javier Camarena team up for a feast of vocal fireworks on the Met stage.  Baritone Maurizio Muraro plays Sergeant Sulplice, with mezzo-soprano Stephanie Blythe as the outlandish Marquise of Berkenfield.  La Fille Du Régiment is an opera in two acts conducted by Enrique Mazzola.

It tells the story of an adopted daughter of the 21st Regiment of the French army, named Marie, who fell in love with a boy (Tonio) who saved her life in spite of him being a part of the nation’s enemy.  While fighting for their love for each other, their plans of getting married were torn into pieces as the true identity of Marie got exposed.

The marquise, Marie’s mother, wishes her to marry the nephew of the Duchess and dismisses her love with Tonio.  Catch how Tonio fights for his love and rescues Marie from the chaotic situation.

In its seventh season, the CCP Met Opera in HD is a special program of the CCP Film, Broadcast and New Media Division, Production and Exhibition Department, in partnership with the Metropolitan Opera of New York, the Filipinas Opera Society Foundation, Inc. and Ayala Malls Cinemas.  The series showcases operatic productions through the high-definition digital video technology and Dolby sound, recreating the experience of watching an opera production at the Met “live.”