Cebu Pacific repatriates Pandi the Pangolin back to Palawan

Cebu Pacific repatriates Pandi the Pangolin back to Palawan 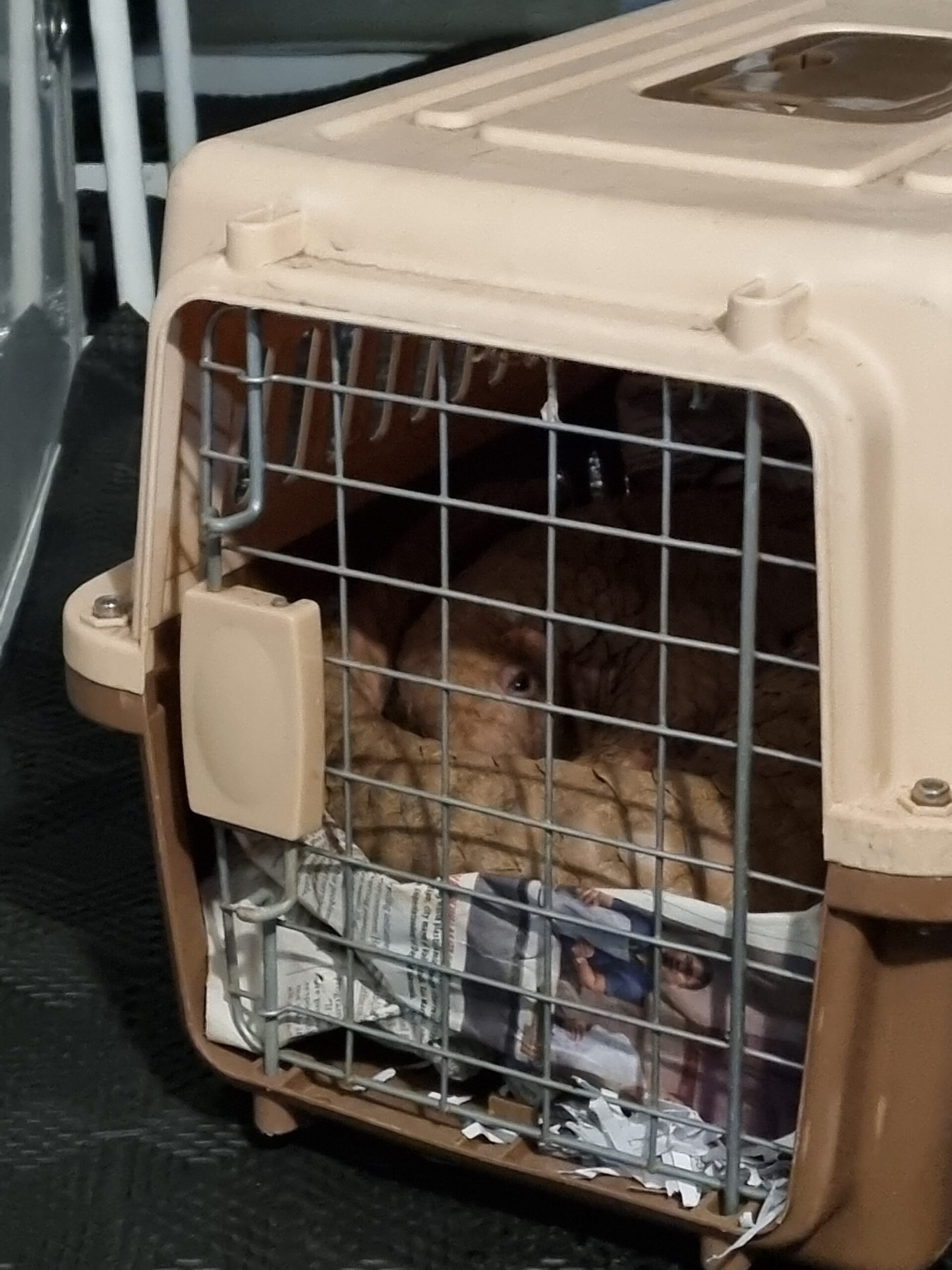 Near midnight of August 16, 2021, residents in the Ayala Alabang village found a scared Pangolin roaming the area. Heeding the call to transport the Philippine pangolin which is endemic to Palawan, Cebu Pacific flew Pandi back to the province.

Weighing almost 5 kilograms, ‘Pandi’, aptly named because it was discovered during the COVID pandemic, was found to be healthy with a full belly albeit scared of the environment with tears running down its eyes. 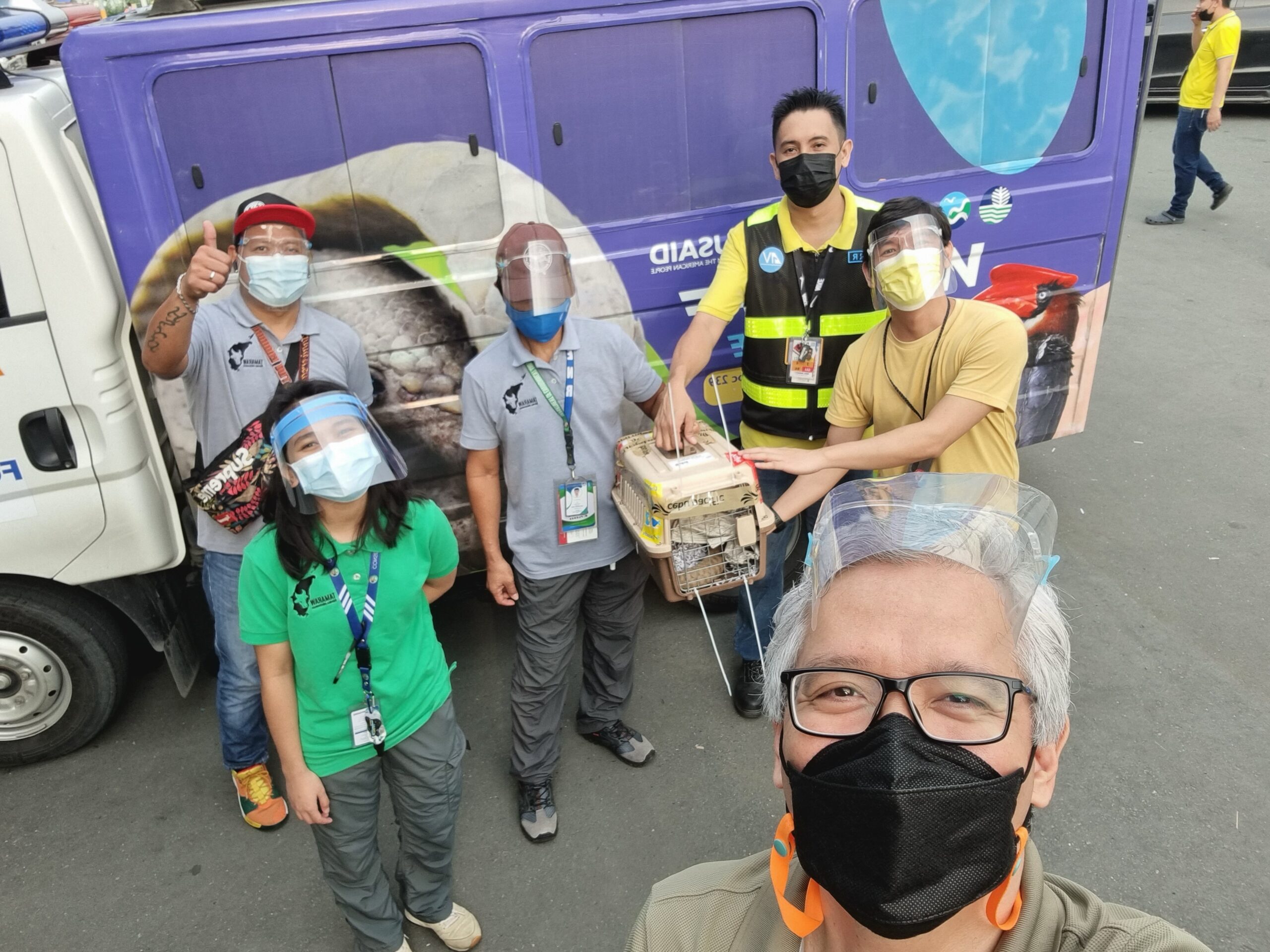 Environmentalist Anna Varona who was contacted by the residents say that Pandi may not have been an escaped pet and was likely poached to be eaten or sold, since pangolins rarely survive being away from their original habitat in Palawan.

At the hands of authorities, the male pangolin underwent further medical inspection as its papers were finalized to be able to fly back home. 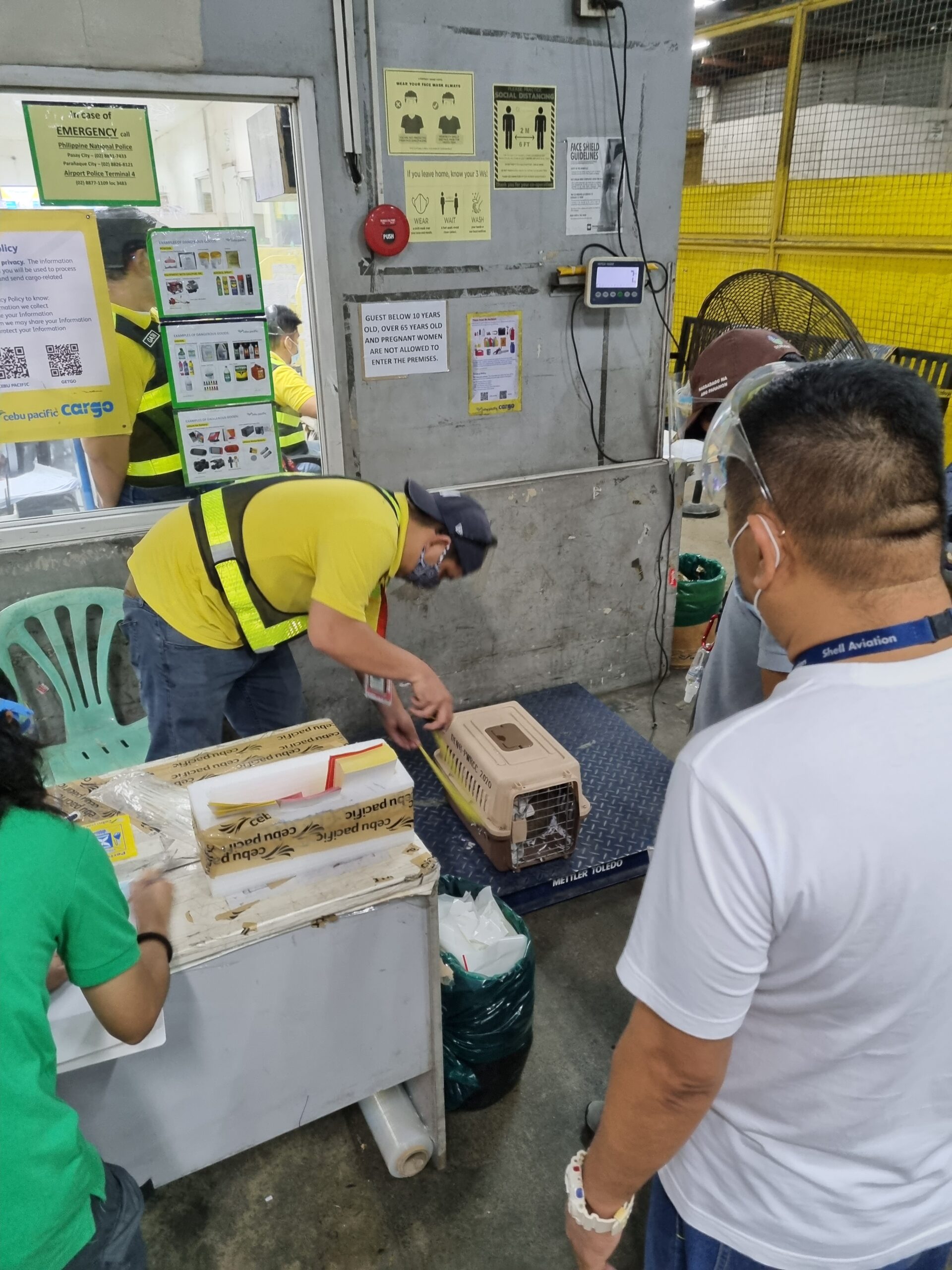 With time being vitally important, Pandi was flown to Palawan via CEB flight 5J 563 on August 21, 2021. As the airline continues to hold Bayanihan flights that fly overseas Filipino workers (OFWs) back home, the repatriation of Pandi reflects both the operational and social service of the airline. 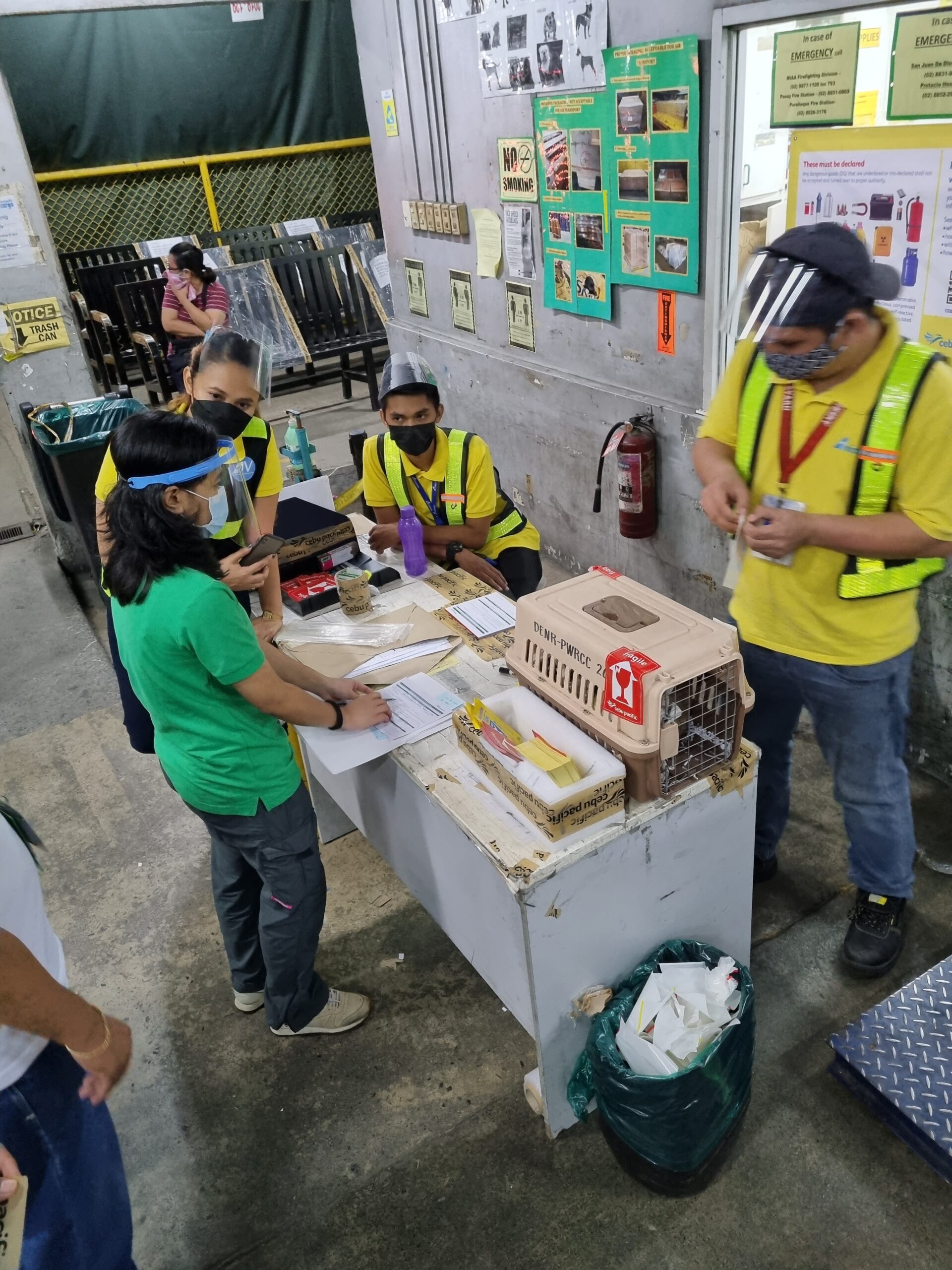 “We thank everyone who helped in sending Pandi back home. The Cebu Pacific team handled Pandi like a pet and with utmost care. This also shows how Cebu Pacific values wildlife conservation,” said Cebu Pacific Corporate Social Responsibility Specialist Roxanne Gochuico, who coordinated the return of Pandi to Palawan. 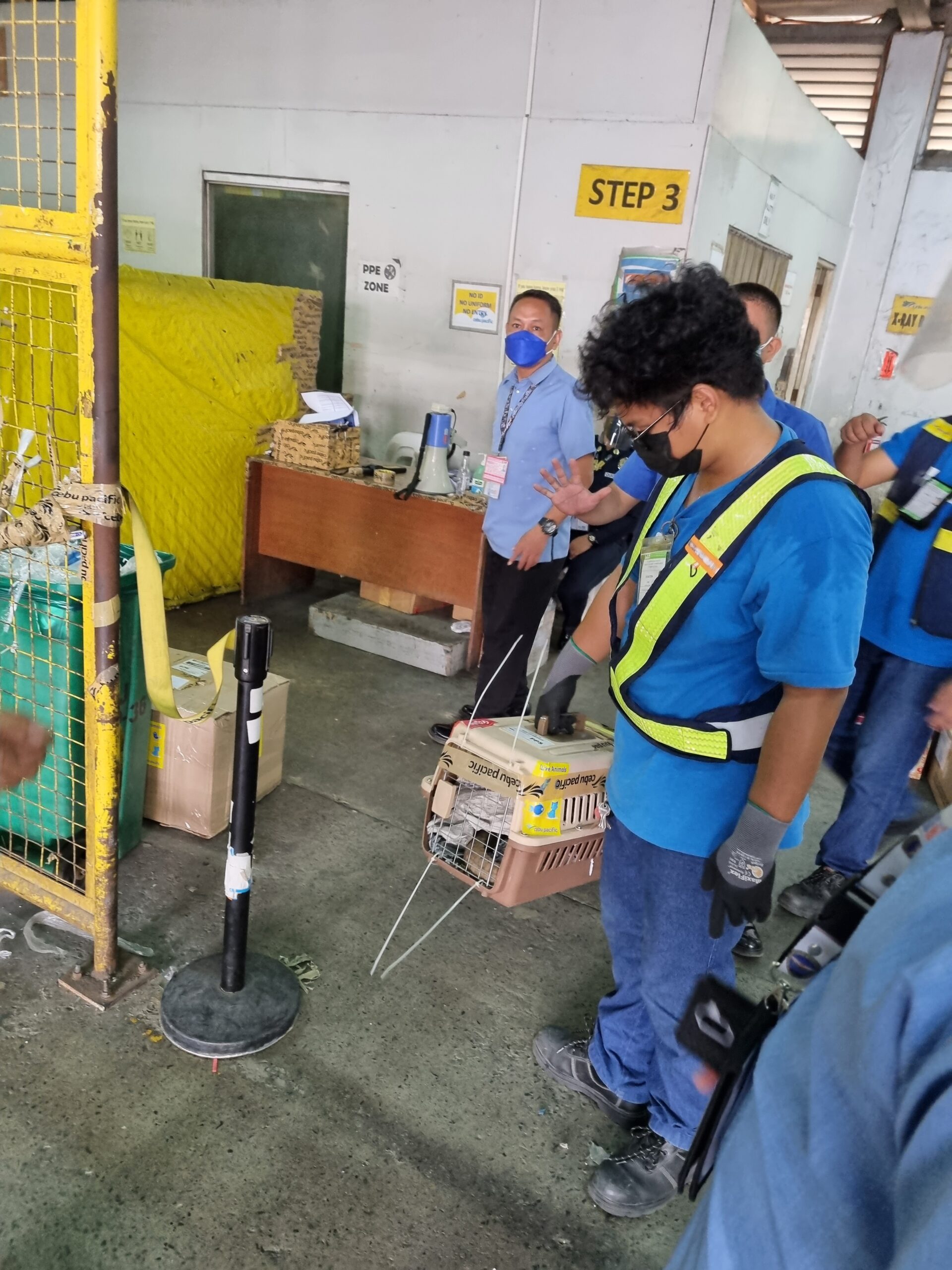 Pandi was the second pangolin to be rescued by authorities. In 2018, a pangolin named “Panggoy” was also discovered in Ayala Alabang Village but died while waiting for its repatriation.

“The environment has always been at the heart of Cebu Pacific. We launched the Juan Effect to promote environmental awareness among our travelers and this act of bringing Pandi home reflects our creed and respect for the environment,” said Cebu PacifIc Vice President for Marketing and Customer Experience Candice Iyog.

The airline has always supported wildlife conservation. In 2015, it began supporting the Philippine Eagle Mindanao, and just recently, CEB has renewed adoption for another year as it trains to be an ambassador. (PR)