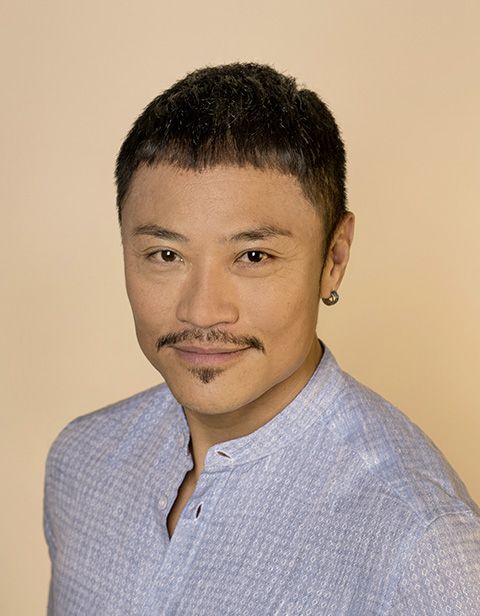 The most moving love story of our time MISS SAIGON, Cameron Mackintosh’s global smash hit production, is all set for the gala night last January 23 in Vienna, Austria.

VBW Artistic Director Christian Struppeck brings the famous musical byAlain Boublil & Claude-Michel Schönberg in the spectacular new version  as the opening production at the Raimund Theatre, a 128-year old newly renovated theatre with Miss Saigon as the first musical to reopen it.

The top-notch cast are as follows:

Christian ‘Chuck’ Rey Marbella is a musical theater actor, singer and dancer.He has an extensive musical theater experience in Asia, United Kingdom and the United States. Theater credits include Engineer and Thuy in MISS SAIGON, Luntha in THE KING AND I, and the Apostle Peter in JESUS CHRIST SUPERSTAR.

Other theater credits include BEAUTY AND THE BEAST, CINDERELLA, SHOWBOAT, THE FULL MONTY and some original Filipino musicals, like in CALAMBA JOE playing the national hero Dr. Jose Rizal, as Emilio Jacinto in 1896:THE MUSICAL and as the demon Ravana in RAMAHARI 2012 REVIVAL, as part of Ballet Philippines 50th Anniversary Season.

He is very excited and looking forward to reprise his role of the Engineer, this time with a new text in German in MISS SAIGON Vienna 2022.

According to Chuck, playing the role of the Engineer is currently on his 10th year. “Not consecutive of course…

TRIVIA (just for fun) : On my 7th MS Production, and in 4 different set designs/versions.

– MS TAM Tour and International (Lisbon, Portugal) 2004-2006 ( 2years with the same Westend Revival set but on a 6ft high raked stage from the original stage version with special projections)

Q: How did this Vienna production land in your lap?

– I just got home in London after closing the tour in Cologne, Germany in March 2019, when I received an email from someone whose name I cannot disclose, asking me about how good my German is.

To which I replied, “I don’t speak German.” Apparently, my name came up in the meeting regarding the possibility of MSVienna in the autumn of 2020. After a couple of months of giving it much thought with my agent, I received an invitation from VBW to fly to Vienna to be seen by the casting and creative team.  And here we are!

Q: With German as the language to be used for production, how did you learn it? Speak it? Sing it? Months? Years? Language coach?

– I’ve always wanted to learn a different language. Unfortunately, German is not on the list. Hahahhahaha. I am still learning it right now as we speak. I had a short German language course in the beginning of 2021 and we have an in-house phonetics coach that help us all.

The show’s been delayed for a year now due to Covid.

Q: Advantage and disadvantage as a Pinoy since this is new ‘Language’ learning?

– We have true grit! We know what we want, where we want it to go, we strive hard, do our absolute best and not stop until we get to the finish line.

“Pinoy” members of the cast include:

Q: How do you plan to attack the role this time?

– I always go back to the source…The Text! The Engineer is a complex, colorful character that is so much fun to play. And fun, I mean, it’s one of those roles that utilizes every skill you have as performer, sing, dance and act, all in one role. And in my opinion and from experience, it’s a character that you can grow old with… meaning, there will always be something fresh and new you’ll discover every time you do it depending on, for example, where you’re at in life… But especially in this production, wherein we have a completely new text in German and with very young and fresh actors in it who are new to the material, which makes it a totally new challenge for me as an actor, as I will be naturally forced to reinvent, reimagine and rethink my delivery, attack and acting choices. It’s a process that I will soon discover when we start rehearsals.

This acclaimed musical production by the world’s most successful musical theatre producer, Cameron Mackintosh (LES MISÉRABLES, MARY POPPINS, CATS, PHANTOM OF THE OPERA) and written by Alain Boublil & Claude-Michel Schönberg (the writers of LES MISÉRABLES) is an extraordinary masterpiece of a musical that has touched people all over the world for three decades.

The moving love story of Kim, the Vietnamese girl, and Chris, the American GI, and their fateful encounter in Vietnam is brought to life in a lavish staging with haunting music, extravagant choreography, a striking set and breath-taking technical effects.

Not for nothing is the dramatic moment when a helicopter lands on stage considered one of the most unforgettable moments in the history of musicals.

The musical will be performed in German with English Subtitles. (PR)