Cinemalaya Navigates The Currents On Its 17th Year

Cinemalaya Navigates The Currents On Its 17th Year 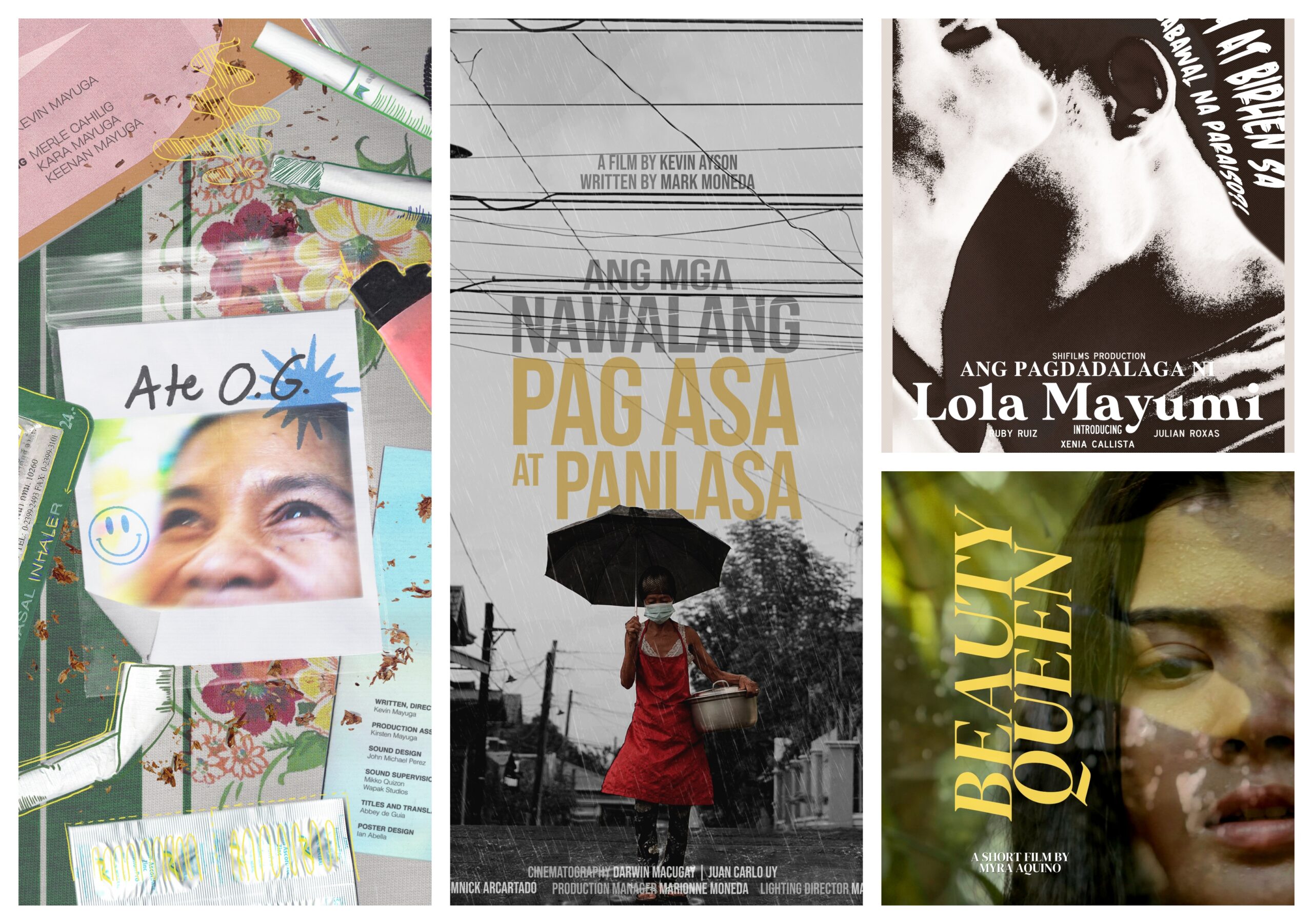 WITH the ebb and flow of the global health crisis gripping the country, the Cinemalaya Philippine Independent Film Festival navigates the social currents and plugs in the life support for the Philippine cinema industry as it journeys anew to the digital platform this coming August 6 to September 5, 2021, streaming on KTX.ph.

Competing for the Best Film are: AN SADIT NA PLANETA (THE LITTLE PLANET) by Arjanmar H. Rebeta; ANG MGA NAWALANG PAG-ASA AT PANLASA (THE LOST HOPES AND FLAVORS) by Kevin Jay Ayson; ANG PAGDADALAGA NI LOLA MAYUMI by Shiri De Leon; ATE O.G. by Kevin Mayuga; BEAUTY QUEEN by Myra Aquino; CROSSING by Marc Misa; KAWATAN SA SALOG (A TOY IN THE RIVER) by Alphie Velasco; KIDS ON FIRE by Kyle Nieva; LOOKING FOR RAFFLESIAS AND OTHER FLEETING THINGS by James Fajardo; MASKI PAPANO (I MASK GO ON) by Che Tagyamon And Glenn Barit; NAMNAMA EN LOLANG (GRANDMOTHER’S HOPE) by Jonnie Lyn P. Dasalla; OUT OF BODY by Enrico Po; and THE DUST IN YOUR PLACE by David Olson.

An Sadit na Planeta follows the adventure of a young man as he explores a little planet. Ang Mga Nawalang Pag-As at Panlasa, meanwhile, is a documentary on the quest of finding “pagkaing iloco” in the midst of a pandemic.

In Ang Pagdadalaga Ni Lola Mayumi, a virginal old woman hires a callboy to change her perspective about men. Ate O.G. tells about a struggling aging house helper who finds herself going through an unexpected and uplifting experience.

A young woman struggles to find herself after losing her father during World War II in Beauty Queen. On the other hand, a desperate robber is forced to choose whether he should become a hero to his victims or fall victim to a robbery himself in Crossing.

Kawatan sa Ilog is about a mischievous child learns the value of time and life as he finds his way back home to his father. Kids on Fire is the story of a prepubescent boy who discovers the power of his sexuality during a religious camp.

Looking For Rafflesias And Other Fleeting Things narrates how a tikbalang transforms into a teenage boy to disprove the rumor that horse demons are killing civilians in the mountain.

A disposed facemask turns into a humanoid and starts an adventure looking for its previous owner in Maski Papano, while a grandmother and her baby grandson find solace in each other and face the harsh reality of the pandemic together in Namnama En Lolang.

Out Of Body takes the audience in a macabre commercial shoot with a young model. Meanwhile, career and friendship are on the line when a comic strip artist tells her writer the truths about his relationships in The Dust In Your Place.

On its 17th year, the film festival re-thinks its direction and strategy to remain significant in the contemporary time, while continuing to fulfill its mission of discovering, encouraging, supporting, training and recognizing gifted Filipino independent filmmakers.

While Cinemalaya has remained the vanguard of the Philippine independent filmmaking since its inception in 2005, the Selection Committee has observed that submissions for the Main Competition have become predictable and followed recurrent themes such as gender, poverty, and social inequalities.

To unearth new cinematic voices and develop a growing audience for independent cinema for its 2023 edition, the Cinemalaya introduces new direction and further expands its cinematic boundaries through the Cinemalaya Film Lab, a three-month-long film-laboratory mentorship program happening on September to November 2021.

The CCP will open its ground with a hybrid drive-in cinema, dubbed Cinema Under the Stars, where film habitués can watch a film in the hybrid drive-in cinema at Liwasang Ullalim. The first audience-centered on-site event since the lockdown, the hybrid outdoor cinema welcomes everyone, whether they are riding their cars or bikes, or even just walking and jogging.

Visions of Asia, one of the major components of the film festival, will screen award-winning indie films from Asia; while IndieNation showcases notable and critically acclaimed feature length and short films produced in the past year that will have a continued run at Cinemalaya.

Don’t miss out on other components such as the Cinemalaya Retrospectives, featuring past Cinemalaya films, and Cinemalaya Campus, among others. The film festival will also pay tribute to individuals who have made great contributions to the Philippine film industry, including director Mel Chionglo, former head of the Cinemalaya Competition and Monitoring Committee with the screenings of three of his best films.

Catch the Premieres, featuring full-length and short films which have been produced in the past year and will be screened for the first time in the Philippines, as well as the book launching of the “Riding the Waves: 15 Years of Cinemalaya,” a complete guide to the colorful history of the country’s biggest independent film festival.