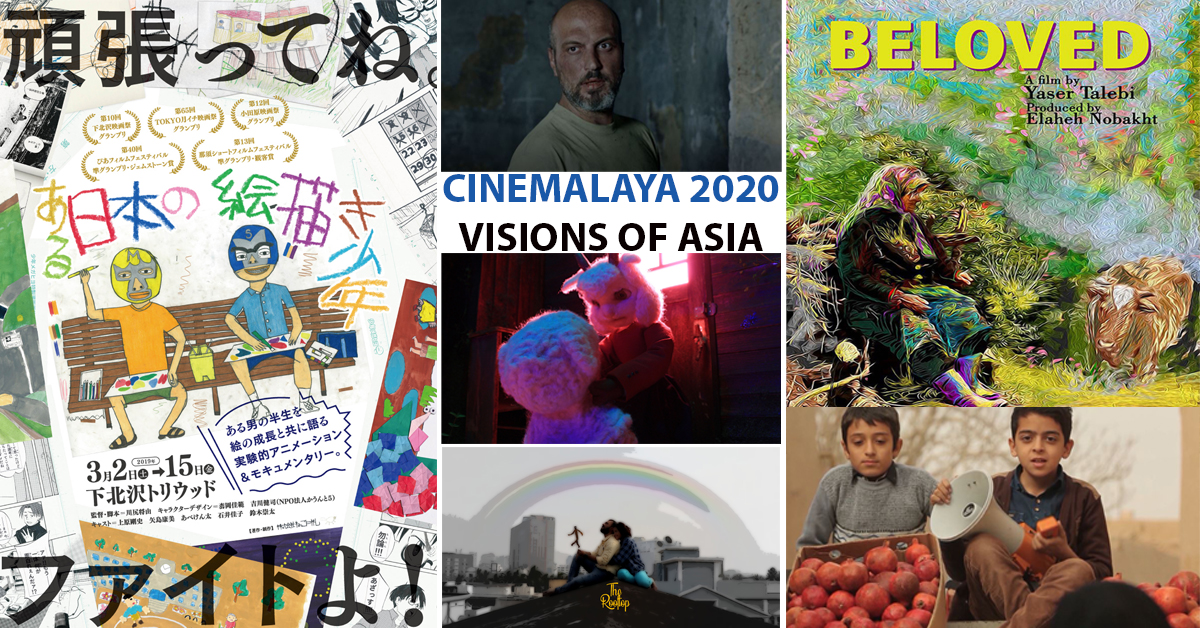 THROUGH its Visions of Asia section, the Cinemalaya Philippine Independent Film Festival 2020 brings short stories from across the Asian continent to its online edition, slated on August 7 to 16.

A NETPAC winning film, Beloved is a story of 82-year-old Iranian Firouzeh who lives a life of a herder. The film follows this strong-minded woman in her work across the seasons as she tells the story of her life.  With work and fate as the dominant themes, she makes fervent efforts to get closer to her kids.

In The Rooftop, Abhishek, a psychiatrist and medical officer of the Gandhi Mental Hospital, has rented an apartment near his workplace.  Living opposite his apartment, there is a girl who suffers from mental illness as a result of the sexual assault that happened to her.  Abhishek slowly heals her by love.

A dark fantasy inspired by Grimm Fairy Tales, My Little Goat is about a mother goat who tries to help her children who have been eaten by a wolf, but one is still missing.  It stars Aimi Fukuhara, Kaori Yamashita and Mizuho Misato.

Portraying the joy and sorrow of being a creator, A Japanese Boy Who Draws is an experimental animation/mocumentary depicting the life of a man who dreams to be a comic writer, told alongside the imagery that develops with him.

The screening of the two Japanese short films is made possible through the partnership with Eiga Sai, the Japanese film festival organized by the Japan Foundation, Manila.  For the past years, the Eiga Sai and Cinemalaya have strengthened their ties and have been Allied Festival.

Salam (Hello) is a short fiction story about the boy who makes a religious vow to say hello to 1000 people so that his father, a defender of the Holy Shrine, would come home unscathed.  The film highlights the hardship that families of fighters on the front line go through when they are away.

I Am American narrates the story of an American newsman captured by ISIL who is hoping to be saved by the U.S army but was saved by Iranian anti-terrorist unit instead.

Selected shorts from the Cine Europa, a film festival presented by the European Union, will also be screened. This is part of the Allied Festival program. The featured films include: A SUNNY DAY by director Faouzi Bensaïdi; HUNGRY SEAGULL by director Leon Wang; OLMO by Silvio Soldini; and TUÃ INGUGU by Daniela Thomas.

Due to the COVID-19 pandemic, the 16th edition of Cinemalaya migrates to online platform, via Vimeo.  Cinemalaya Philippine Independent Film Festival is a project of the Cultural Center of the Philippines and the Cinemalaya Foundation, Inc.  Established in 2005, Cinemalaya is an all-digital film festival and competition that aims to discover, encourage and honor cinematic works of Filipino filmmakers.

For more information, visit www.cinemalaya.org or www.culturalcenter.gov.ph.  You may also call CCP Media Arts at 8832-1125 local 1704 to 1705 and the CCP Box Office at 8832-3704.  Or follow the official CCP and Cinemalaya Facebook and Instagram accounts. (PR)