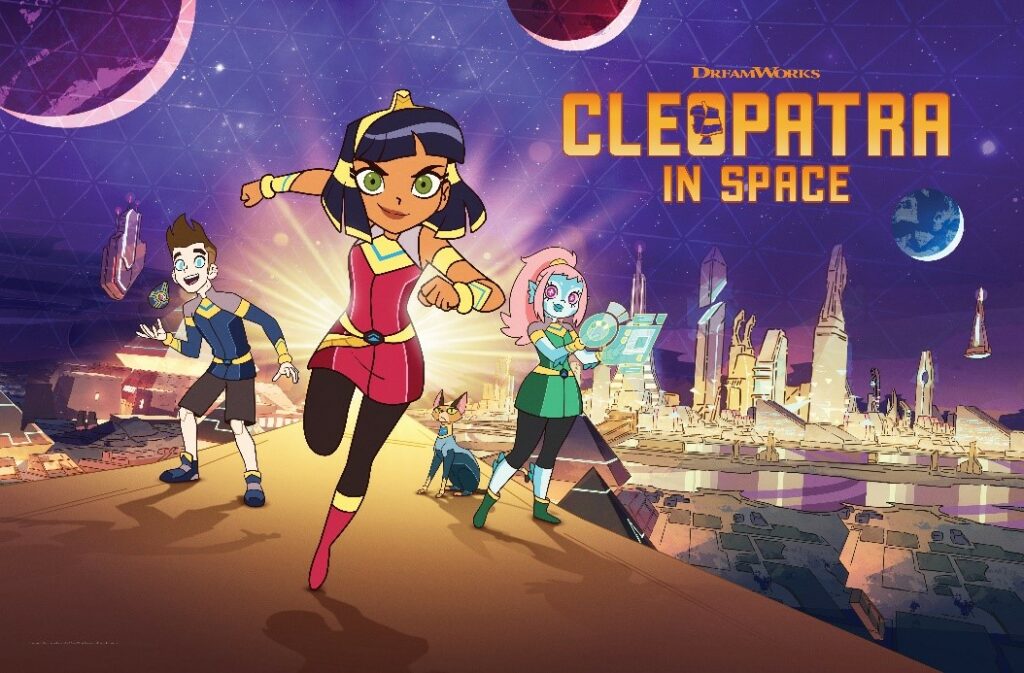 Based on the award-winning graphic novel series by Mike Maihack and executive produced by Doug Langdale (The Adventures of Puss in Boots) and Scott Kreamer (Kung Fu Panda: Legends of Awesomeness), Cleopatra in Space is a comedic adventure focussing on the untold story of Cleopatra’s teenage years. Viewers can follow Cleo as she is transported 30,000 years into the future, to an Egyptian-themed planet that is ruled by talking cats and where she discovers she is the prophesied savior of the future world. In order to prepare for her role and mission, Cleo is sent to an elite academy where she has to train to take on the bad guys, figure out how to eventually get herself back home to Egypt, as well as tackling the highs and lows of being a teenager in high school.

The first season finds Cleo learning to adjust to her new school, meeting friends and trying to fit in. In addition to her training, she must also figure out the identity of a spy who is sent to the school by Octavian, her evil nemesis, and uncover what is up with her mysterious pink glowing powers (that only seems to kick in when she gets homesick!) With the help of some new friends and a feline mentor, Cleo learns what it takes to be a great leader, all while trying to figure out life as a teen.

Watch the adventures that shaped Cleopatra into the awesome, kick-butt queen we read about in our history books today. Great leaders have to earn their place in history by forging their own stories. And this is Cleopatra’s.