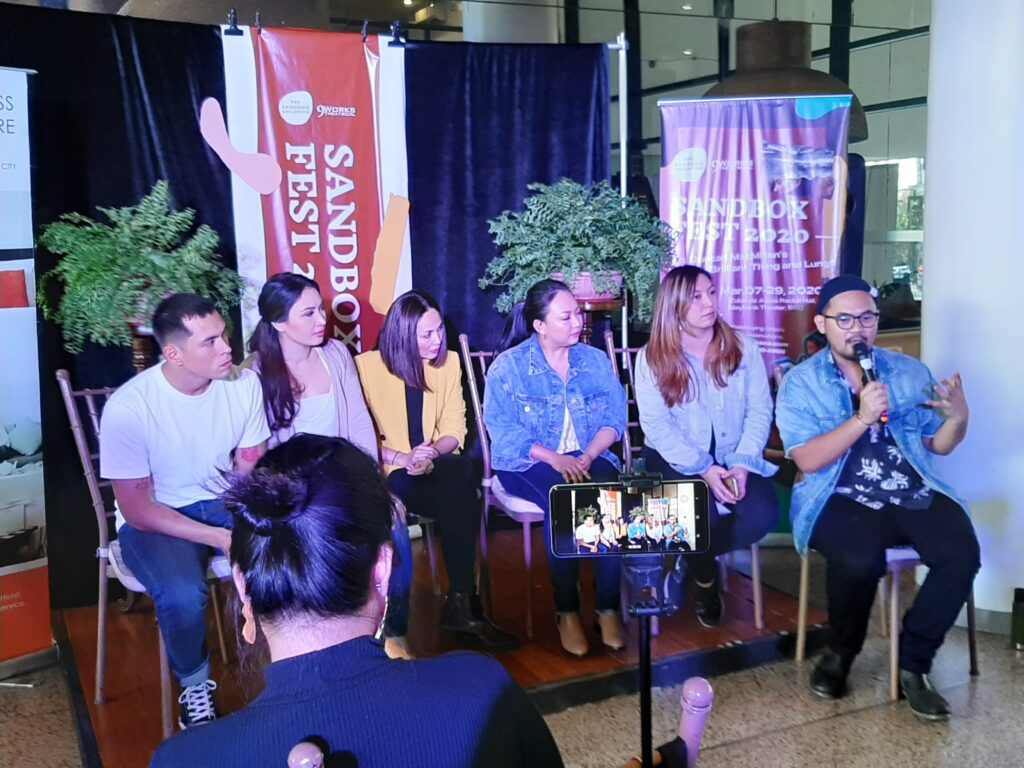 Last February 11, The Sandbox Fest 2020 Media Conference was held at the Privato Hotel in Quezon City, they’re now on its sixth year, this season they are featuring masterpieces of the award-winning English playwright and director Duncan Macmillan.

The Sandbox is bringing back the two of Macmillan’s astonishing work of art —Every Brilliant Thing and Lungs.

Every Brilliant Thing tackles battle of mental illness in which it will move you into a certain different level of faith to yourself, that has a stand and believing that Filipino audiences were ready to hear and see its flourishing message of hope in this kind of conflict.

Model and TV host Teresa Herrera will be the lead star, who really amazed the media peeps as she talk to the crowd and ask for their participation on stage,  and had turned out the message in some meta cards that she distributed,  and spread like wildfire and audiences came in droves, to experience interactive theater at its finest. Herrera was also the host of Project Runway Philippines as well as Runway TV Asia in which she is also the Executive Producer.

Her recent performance includes Black Mask 2, Dogeaters and the Asian premiere of Love, Loss and What I Wore. Teresa will will be alternating with actress, multimedia host and entrepreneur Kakki Teodoro, who received training at the National Institute for Dramatic Arts in Sydney, Australia. She was most recently seen in Himala: Isang Musikal, Aurelio Sedisyoso, and Rak of Aegis. 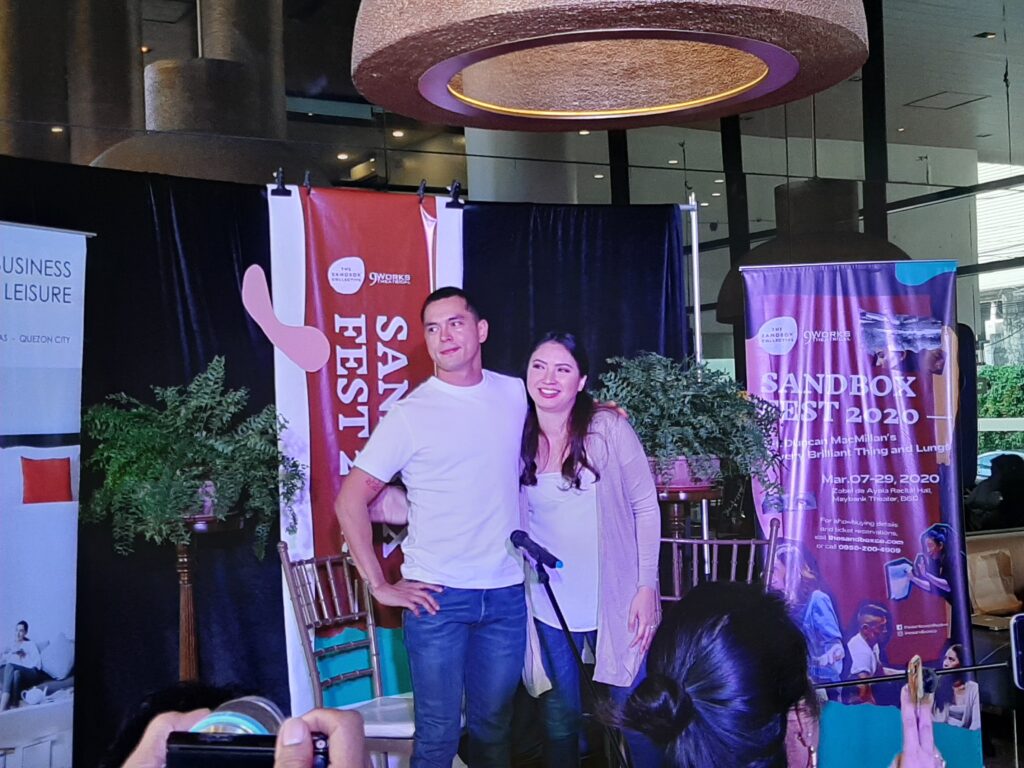 Sandbox Collective in collaboration with the 9 Works Theatrical also presented the Lungs which is having a comeback in theatrical scene more timely than ever, with the renowned actor—Jake Cuenca, who made his long-awaited stage debut in The Sandbox Collective’s 2018 run of Lungs, for which he won Best Actor (Play) and Best Crossover Artist (Mainstram to Theater) at the 2018 BroadwayWorld Philippines Awards.

Jake has involved a lot of in recent television and film credits such as Los Bastardos, The Blood Sisters, Ikaw Lang Ang Iibigin, FPJ’s Ang Probinsyano, Ang Panday, Tuhog, In the Name of Love and a lot more. His leading lady Sab Jose is a teacher, an actress and also Marketing Director. She graduated with honours from the Guildford School of Acting, London, U.K. with a Master of Arts Degree in Musical Theatre.

Sab is nominated for Philstage Gawad Buhay for Outstanding Female Lead Actress in a Play. They opened it with a rapid-fire conversation between a man and a woman that revolves around what a discussion of most problems and dynamics that millennial’s are having today. There was this famous line in the play that Millennia’s and GenZs will truly be inspired like: “Even if I wanted children, with going on around us, what kind of world would I be leaving them?”

With an intimate cast of two (Jake and Sab) approaches the audience, looks them straight in the eye, and faces that dilemma alongside them. Lungs director of the play is Andrei Nikolai Pamintuan who received nominations from both BroadwayWorld Philippines Awards and the Philstage Gawad Buhay Awards. 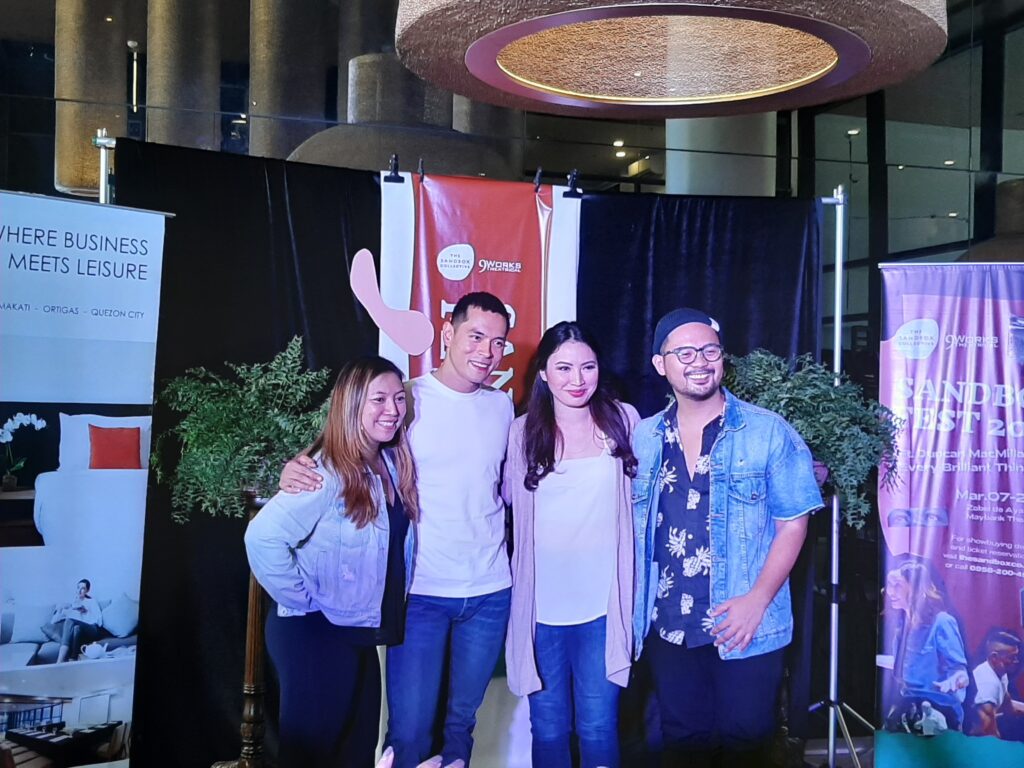