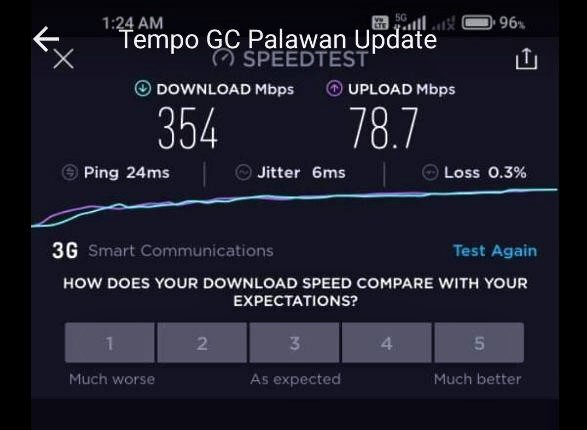 [22 December 2021] As of 2 a.m., Philippine Standard Time, after reconnecting Surigao and Misamis Oriental, PLDT and mobile services unit Smart Communications, Inc. have restored communication services including 5G in Puerto Princesa in Palawan becoming the first telco to enable residents to make calls, send text messages and connect to the internet in the aftermath of super typhoon Odette.

The PLDT group had earlier restored LTE services in Coron, an island group in northern Palawan, allowing customers to, likewise, send SMS and transact on their LTE-enabled mobile phones. Voice call was also available for devices with VoLTE function.

Puerto Princesa-based Palawan News took to their Facebook page to report this development saying that “messages can already go through Messenger.”

The province of Palawan is among the worst-hit areas following the onslaught of #OdettePH. The tropical cyclone made landfall in the vicinity of Roxas on Friday pounding the entire province with destructive winds and torrential rains.

PLDT and Smart have earlier flown in additional personnel and mission-critical equipment via the group’s private air charter unit Pacific Global One Aviation (PG1) to ramp up repair and restoration activities in the province.

PLDT, Smart together with the PLDT-Smart Foundation are coordinating with local government agencies and partners to send relief aid to Palawan soonest.

PLDT and Smart had earlier reconnected Surigao City becoming the first to fire up 5G services back in the area. The group is also first to restore wireless services in other municipalities in the province including Tubod, Bad-as, and Taganito in Claver