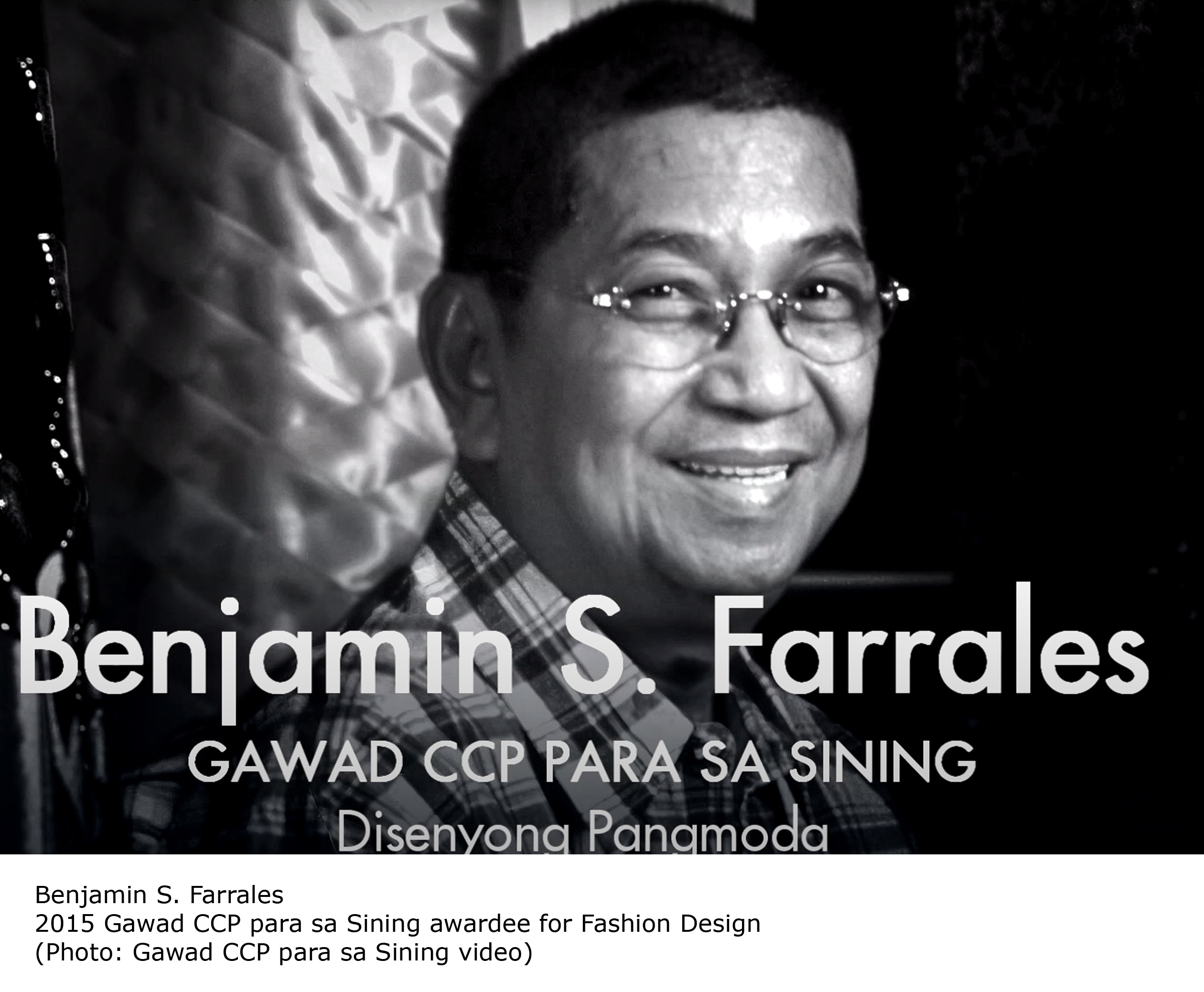 Fondly referred to as Mang Ben, Farrales was hailed as the Dean of Filipino Fashion for his mentoring of young designers for the establishment of the Ben Farrales Scholarship Foundation for the benefit of talented but disadvantaged youth.

Farrales designed costumes for the Bayanihan Dance Troupe and uniforms for Philippine Airlines.  In 1954, he presented his clothes at a show called “Romance” at the Manila Hotel.

In 1958, Farrales and other young designers formed the Philippine Couture Association which became part of Conching Sunico’s Karilagan International and participated in Seattle’s World’s Fair in 1961.  Other international shows such as “Pacifica” followed in the sixties and seventies touring Southeast Asia and South America.

Farrales held solo collections in 1984 called “Maranaw” which was an all-Muslim-inspired collection.  It toured Canada and major American cities including Washington D.C. where it was shown at the Kennedy Center.  He was the first and only Filipino to show his fashion collection at the center.

He was the designer of Ruffa Gutierrez’s Sarimanok-inspired dress which she wore at the Miss World 1993 beauty pageant.

The Gawad CCP para sa Sining, which is the highest award bestowed by the Cultural Center of the Philippines, is given to artists or groups of artists who have consistently produced outstanding works, and enriched the development of their art form.  The award is also given to cultural workers, who through their works in research, curatorship and administration, have helped to develop and enrich Philippine art and culture.

For interpreting in his fashion the vivid and rich culture of Mindanao and showing it to the world, and for inspiring young designers to take pride in their ethnicity, Farrales was conferred the Gawad CCP para sa Sining award in the field of Fashion Design on September 17, 2015. 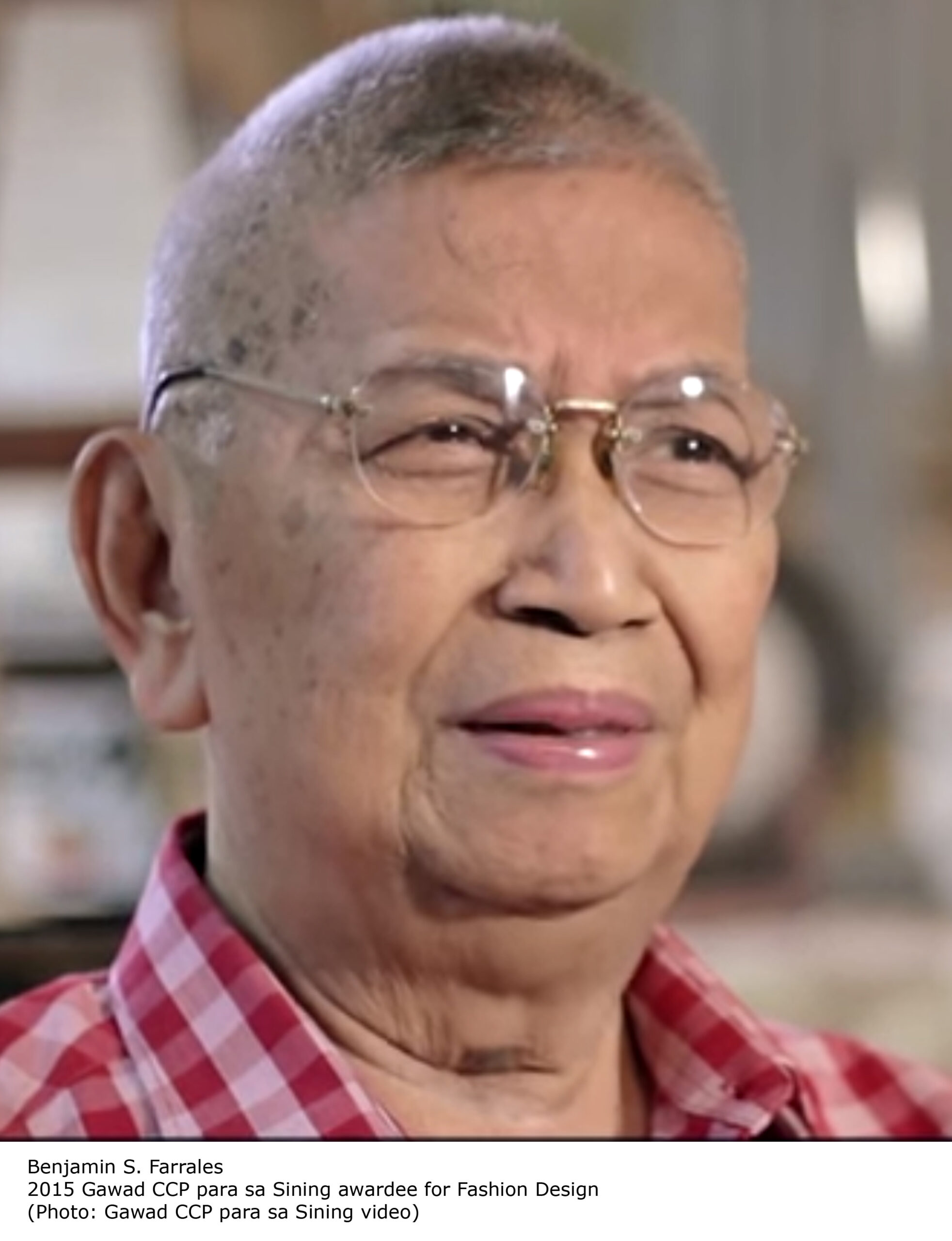 Likewise, he was cited for being “much more than a fashion designer, a true innovator and artist who brought Muslim Southern Mindanao culture into couture and made the Muslim-inspired gown his signature look. Weaving together the vivid colors of the malong and utilizing indigenous materials, Farrales was not only an exponent of Muslim craft and culture but a preservationist of Filipino heritage.” (PR)