The Maningning Miclat Art Foundation, Inc. (MMAFI) is happy to announce the livestreaming of “GINUGUNITA KITA,” a performance art featuring Maningning Miclat’s poems set to music by composer Jesse Lucas. Celebrating its 21st anniversary this year, the Foundation will also launch the Maningning stationery line starting with a boxed set of 12 greeting cards and  2023 desk calendar featuring 12 of the artist’s paintings. 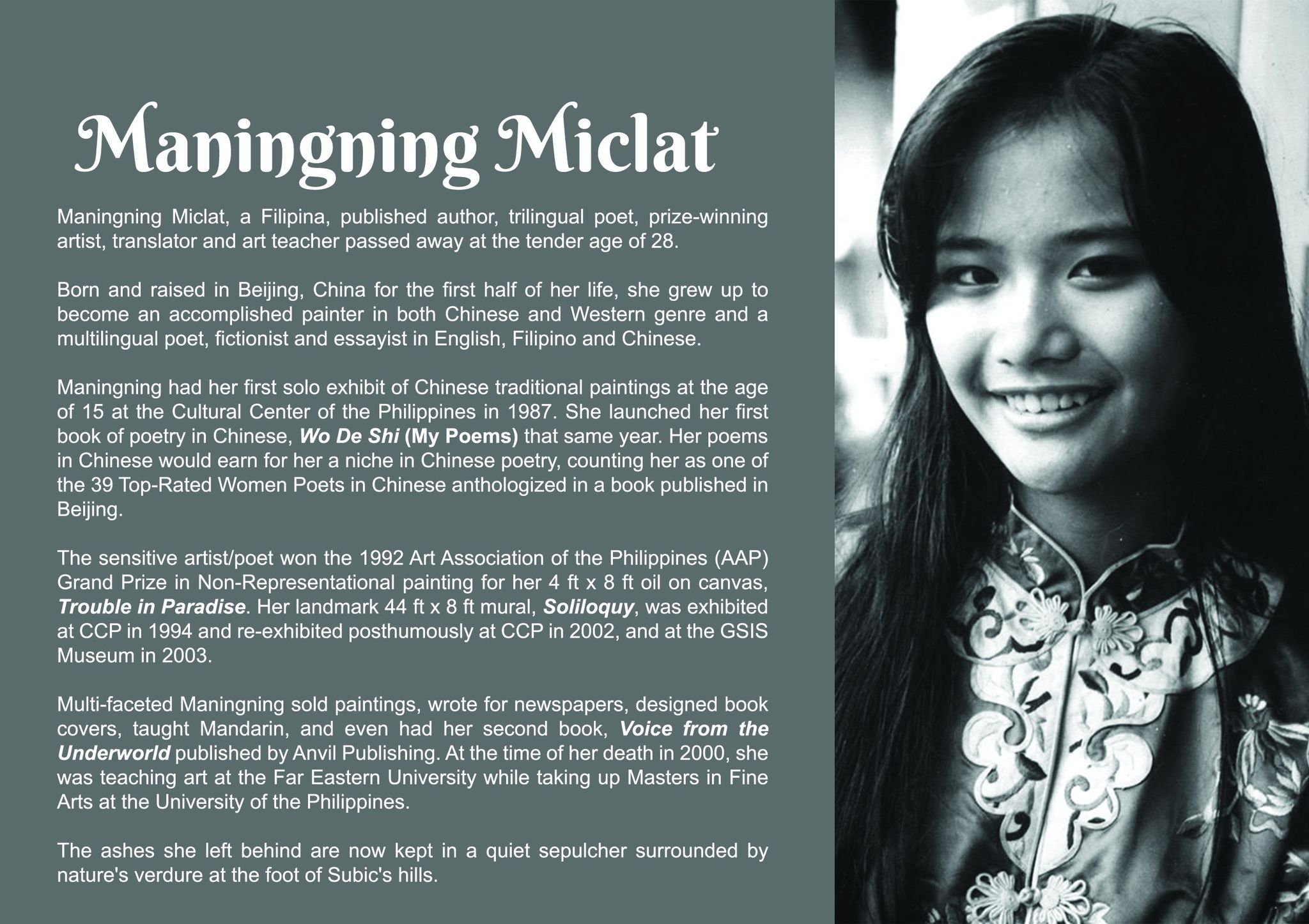 Maningning Miclat, a Filipina, published author, trilingual poet, prize-winning artist, translator and art teacher passed away on September 29, 2000 at the tender age of 28. MMAFI was founded on April 15, 2001. 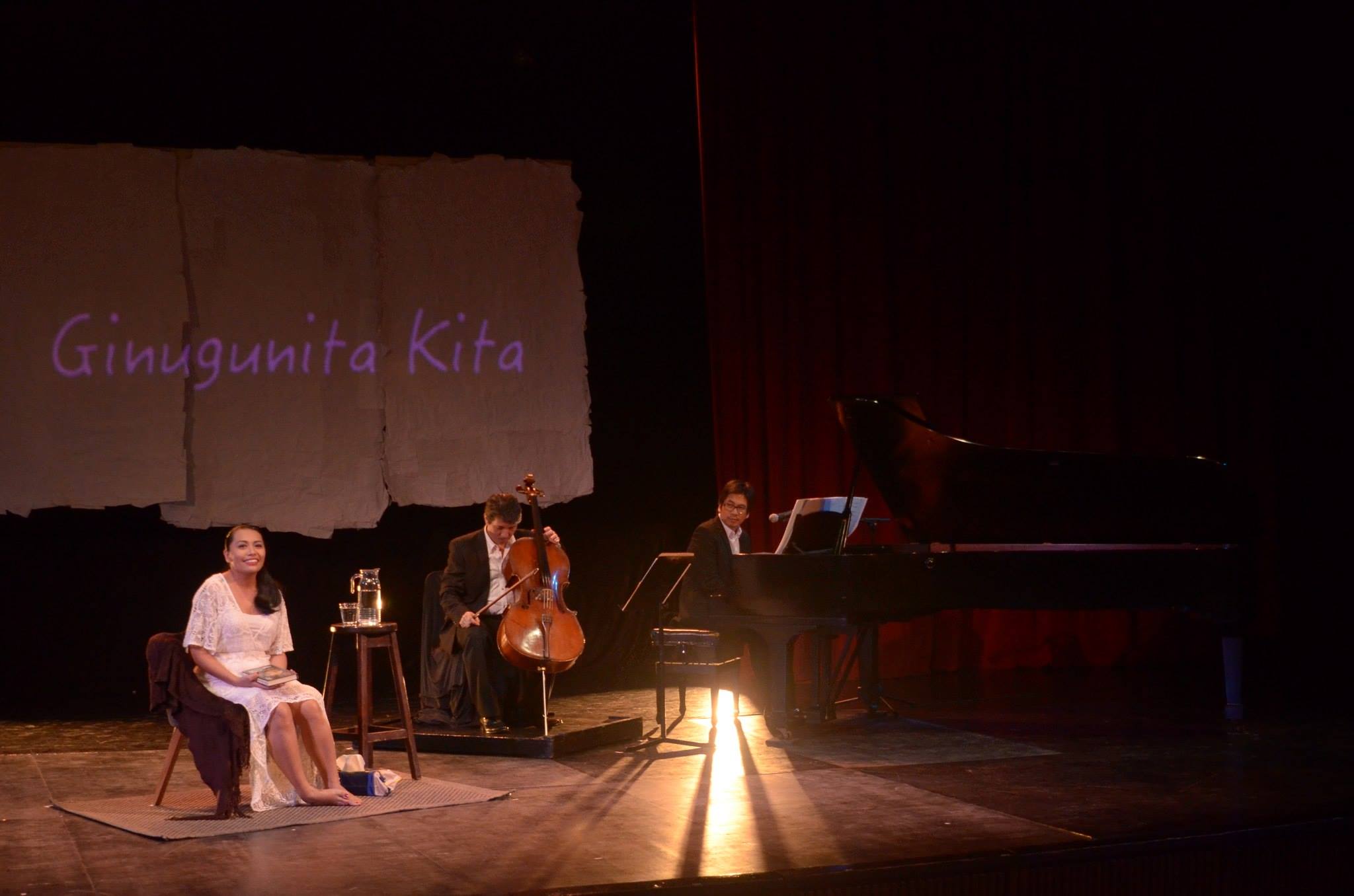 “GINUGUNITA KITA,” which was performed at the Cultural Center of the Philippines in 2015, will start streaming starting September 3, Saturday, 7:00 p.m. via the Maningning Miclat Art Foundation YouTube channel. 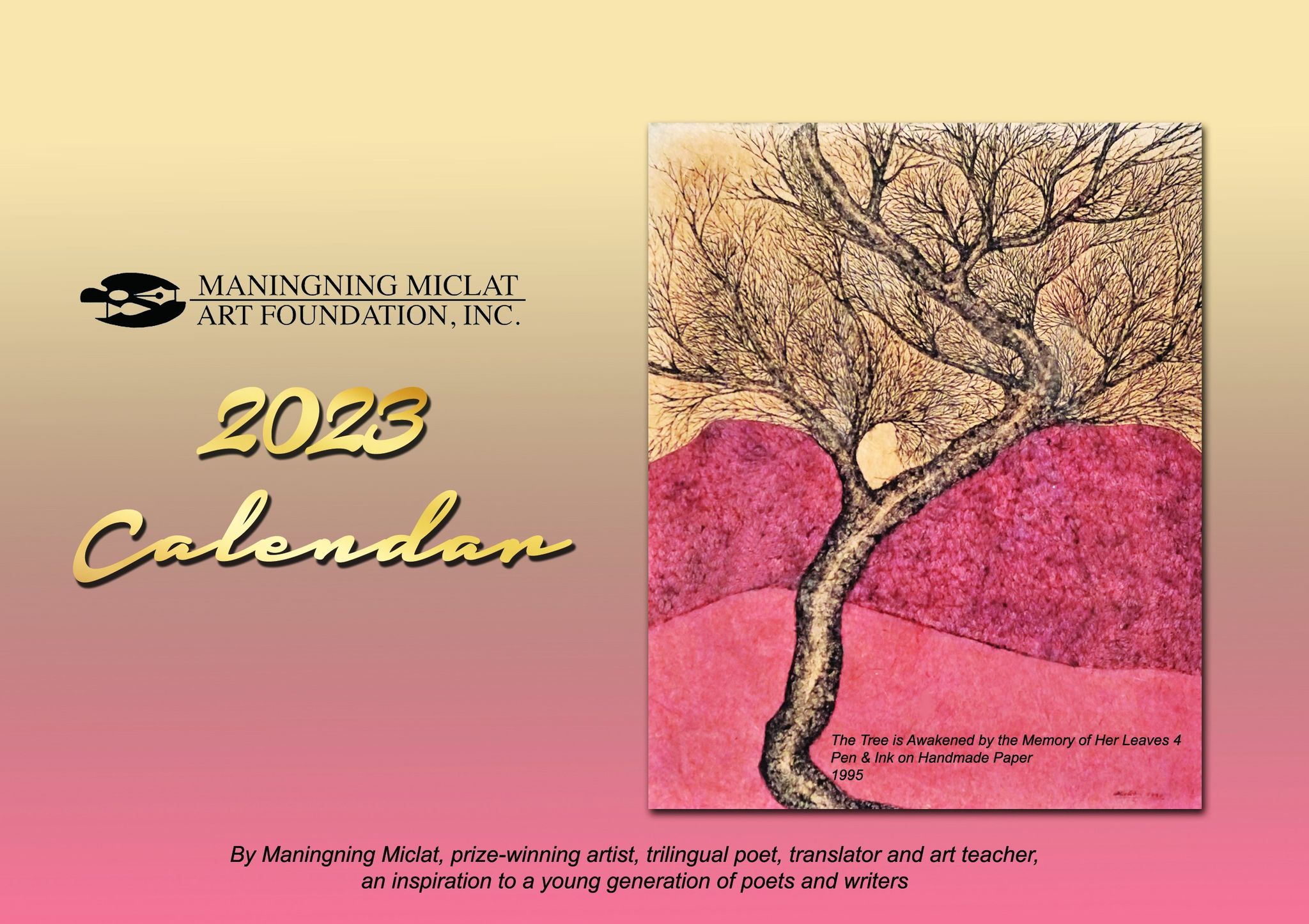 It features eleven of the poems by Maningning published in her trilingual book of poetry, Voice from the Underworld (Anvil Publishing, 2000). The book was a National Book Award finalist for poetry in 2001.

According to composer Jesse Lucas, inspiration came easily to him after reading Voice from the Underworld. He wrote: “The poems of Maningning Miclat are almost melodious that I can hear the music through the poetic images. It spoke and at the same time sang to me poignant thoughts about life, pain and love…. the experience in writing the music was really meditative and cathartic at the same time. It feels like I have discovered a new language, a language that speaks directly to the soul. These are the foundation of Ginugunita Kita’s music.”

“GINUGUNITA KITA,” the performance art, says the show’s director Roeder Camaňag, “is all about poetry and the creation of emotive response. From the poetry of the life of a poet to the poetry of interpreting the poems of someone you love and the poetry of putting the right music to amplify the auditory experience of powerful images embedded in a poem.”

The set of greeting cards and 2023 desk calendar featuring 12 of Maningning Miclat’s paintings will be available for sale starting September 29 via Lazada. 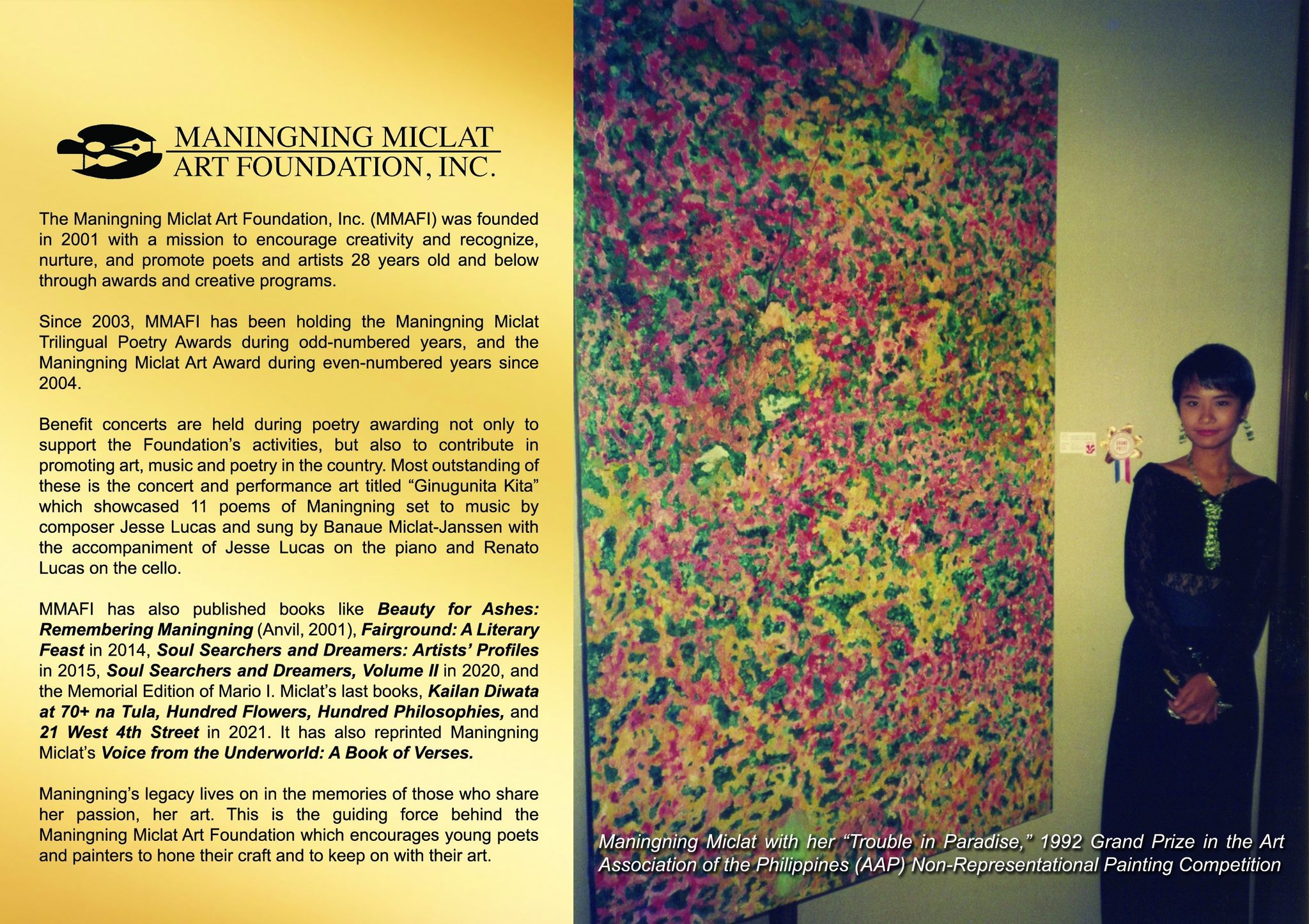 MMAFI also announces the holding of the 2023 Maningning Miclat Poetry Competition which will accept entries on April 15, 2023 with the theme “Pagtatagumpay sa Pandemya”/”Triumph Over the Pandemic.”