Hidilyn Diaz joins BDO as its champion for financial education

Hidilyn Diaz joins BDO as its champion for financial education 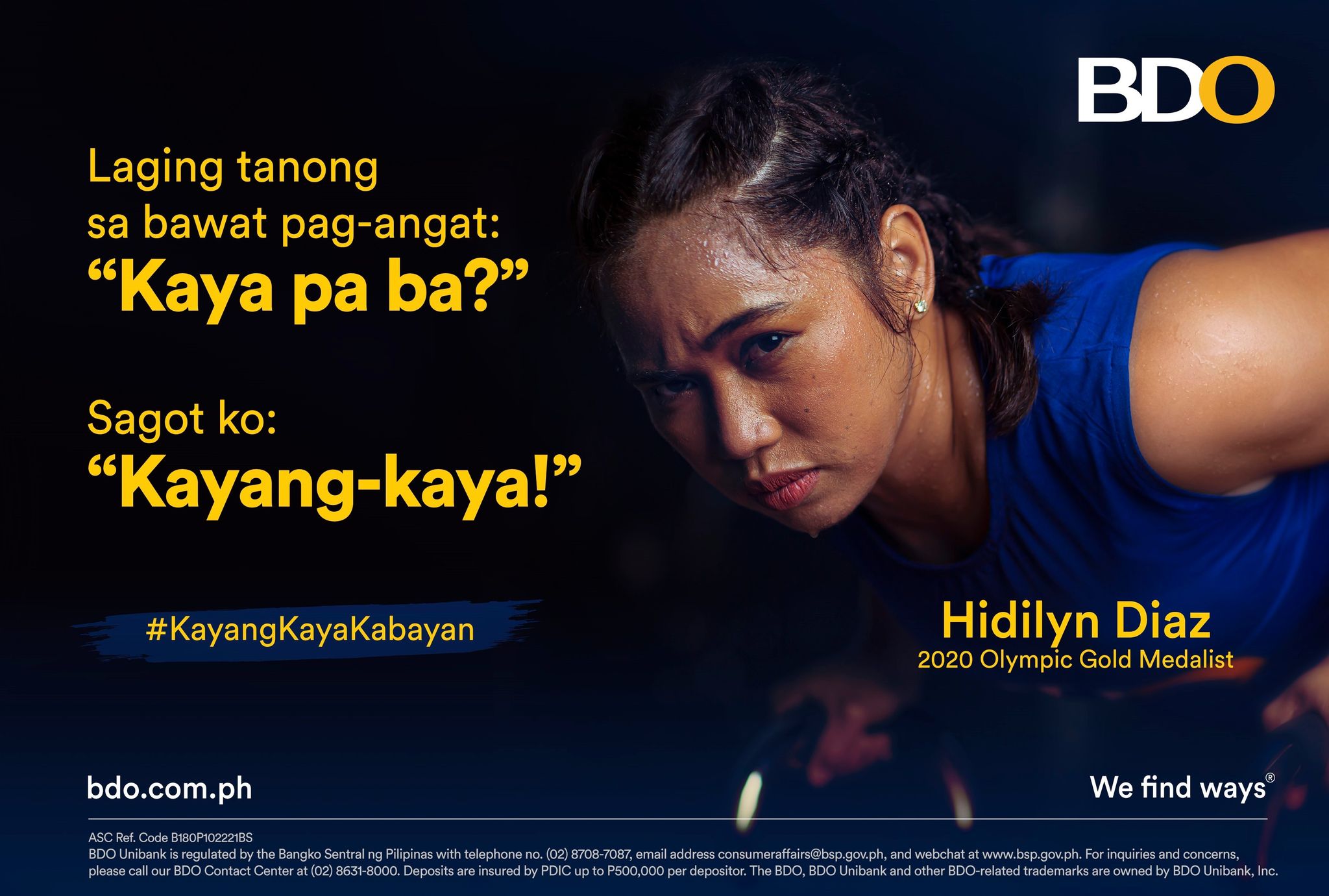 Three months after ending the country’s nearly 100-year quest for Gold at the 2020 Tokyo  Olympics, the Zamboanga City native joins forces with the Bank to champion financial  education, not only for her fellow athletes, but also for the unserved and underserved markets  including overseas Filipinos.

Though unexpected, Hidilyn is thankful for having received a string of incentives and gifts for  her historic feat. With this in mind, she sees the golden value of handling these incentives  responsibly, which BDO has been espousing through its financial education advocacy.

The 30-year-old weightlifter also reminds her fellow athletes, especially those who have  achieved their own feats of how they should prepare for the financial future.

BDO said it is thankful to have found a financial education advocate and champion in Hidilyn  and for placing her trust in the bank and its wide array of financial products and services to  cater to her needs and those like her.

“The fact that only 48% of Filipino adults have savings and just one in five have a savings  account in a bank, based on data from the Bangko Sentral, really concerns us and the entire  banking sector. While we understand most people’s concern on how they get paid, we believe  it does pay to have a mindset of even starting small, like what Hidilyn mentioned,” said BDO  senior vice president and remittance head Genie T. Gloria. “Before becoming a champion for  the nation, Hidilyn first was a champion of her own dreams. Along with keeping in mind her  hardwork and determination, she valued the proper handling of finances, and we are with her  in that journey.”

BDO officials and employees are proud to have Hidilyn become part of their official family.

“I would like to thank you for giving us this opportunity and this honor of counting you as the  newest member of our growing BDO family. Welcome to BDO, Hidilyn!” said Jerome Guevarra,  SVP and Chief-of-staff of BDO’s Office of the President.

All these form part of BDO Remit’s “Kayang-Kaya, Kabayan” campaign, an embodiment of its  commitment to empower overseas Filipinos and make them feel that the Bank is ready to  support and assist them wherever they may be. For more information on BDO Remit, visit BDO Kabayan Facebook page—BDO Unibank’s dedicated page for the overseas Filipino market. (PR)