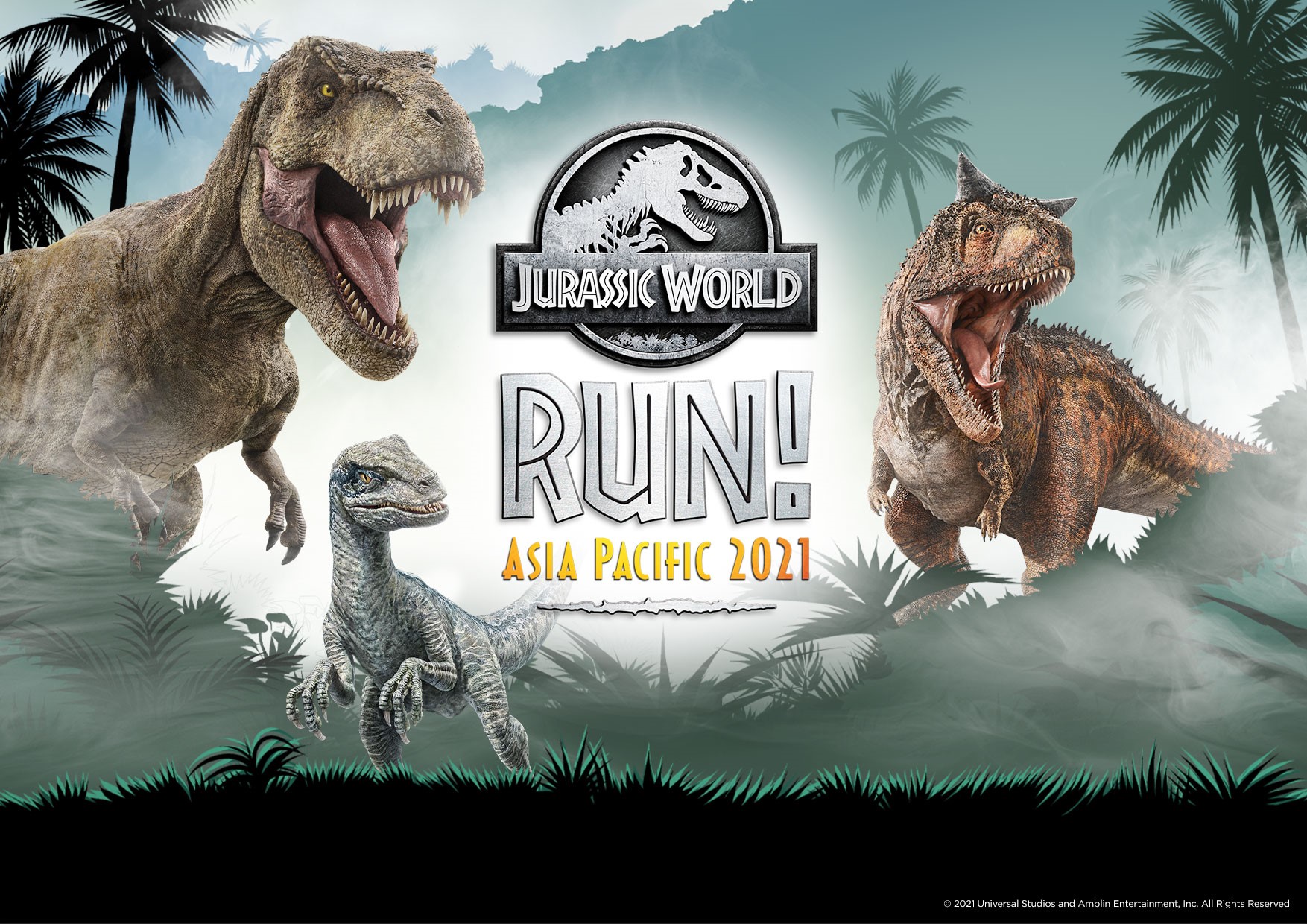 The Jurassic World franchise has been entertaining generations of fans around the world with thrilling and awe-inspiring stories and characters for more than 25 years – from films and TV series, to video games and toys, to live action experiences and rides at Universal theme parks. In fact, Universal Beijing Resort is scheduled to open this year as Universal’s newest theme park destination and will feature seven highly themed and immersive lands – including Jurassic World Isla Nublar.

The Jurassic World RUN! Asia Pacific 2021 introduces a new layer of entertainment to runners as they complete their distances through a highly themed adventure. The virtual run is supported by the MOVE by LIV3LY app, which allows participants to access the Jurassic World RUN! at their convenience. Through the app, each participant will have a unique immersive experience, enhanced by exciting augmented reality images, in which runners will need to run their best to escape Isla Nublar. As they progress, runners will encounter both their favourite and most feared Jurassic World dinosaurs and unlock successive milestones of assistance that will enable them ultimately to escape Isla Nublar. The thrills and awe of Jurassic World will be brought to life through augmented reality that can be experienced anywhere and anytime; even right in their own neighbourhoods!

Runners can clock-in their run times and distances and unlock the successive milestones by using the MOVE by LIV3LY app. They may also use wearables or preferred running trackers by syncing them to the MOVE app [via Apple Health or Google Fit].

There are three distances available, depending on how long runners want their very own Jurassic World adventure to be. The longer the distance, the more adventures participants will have while trying to escape Isla Nublar.

The individual category is available at all three distances, challenging the brave contenders who dare face the dinosaurs alone. Individual runners can join the 5km at SGD35, 10km at SGD49 or complete the challenge of 21km at only SGD56. There is also a category for parent and child pairings for 10km at SGD77, allowing families to experience the run together. Alternatively, a team of two can complete 21km and meet the larger-than-life dinosaurs together for SGD84.

Finishers for all categories are entitled to an exclusive finisher T-shirt to celebrate their escape from Isla Nublar. Also, all finishers of 10km and 21km will receive their very own finisher medal to celebrate their bravery and commemorate their adventures with Jurassic World RUN! Asia Pacific 2021!

Jurassic World RUN! Asia Pacific 2021 is organised by CNeX, a M.I.C.E. and project management company headquartered in Singapore, and powered by LIV3LY, a social fitness marketplace for mass participation events in Asia Pacific. The virtual run is produced in conjunction with Universal Parks & Resorts.

All participants are required to adhere strictly to the laws and regulations of their country of residence to stay safe and well while participating in the Jurassic World RUN!