Looking for a new hobby, try Archery at Triple 10

Looking for a new hobby, try Archery at Triple 10 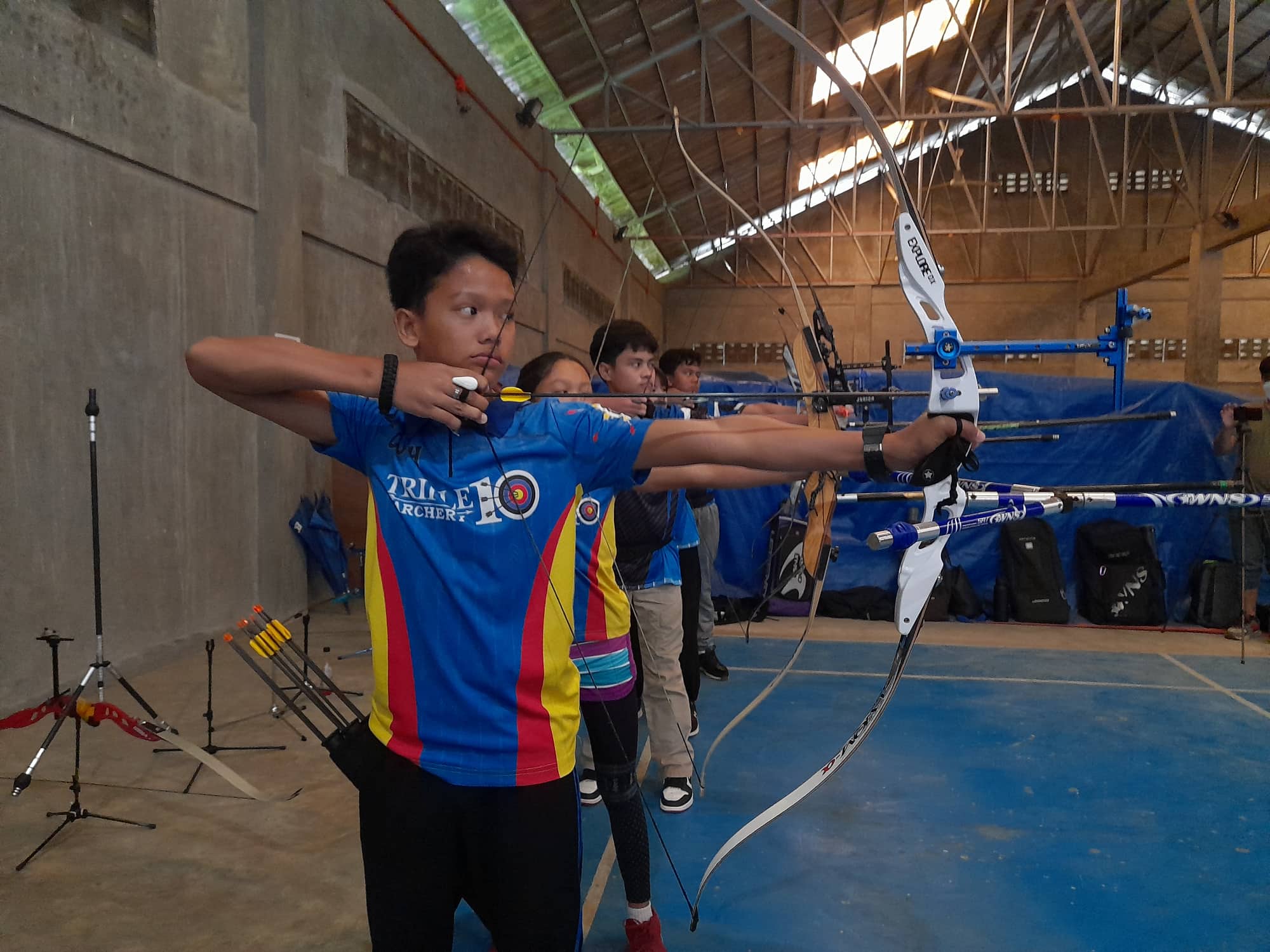 ARCHERY Is one sport we all look up to in the movies, either ancient times or modern period film this bow and arrow thing is one sure hit in many action scenes, it is in the major league of many sports meet globally.

Here in Puerto Princesa, Archery is being introduce then by Triple 10 Archery, a range started by archer Ramil Carlos way back 2016, they keep moving from one place to another for so many reasons, first they cannot keep the fees for rental in their first location in Rizal Avenue, from then they move to an outdoor range inside Seminario De San Jose, but pandemic strike they discontinue it.

Later on they find a temporary shelter at the Ramon V. Mitra Sports Complex, until they found a space inside the warehouse of Paul Michael Enterprises in Brgy. Sta Monica.

Its owner and the official coach Ramil Carlos said that archery at first is his stress reliever, being a licensed Petroleum Engineer he find comfort in playing archery, he believe that this sport prolong his life, it’s his exercises at the same time a business that is close to his family.

According to Carlos, Archery can pull more muscles compare to weightlifting, every pull has 40ibs and that is a good exercise, mentally it sharpen your mind especially with mathematics were in you compute your scores, and learning this has no age limit, everyone is welcome.

But teaching archery needs a lot of passion, it require a hands on and individual coaching and not by group, that’s why learning the routine and mechanics requires a lot of patient, plus the fact that its gears are quite expensive.

Before venturing to Archery as a business, Carlos is a bare bow archer who used to join competition in Manila Polo Club, wherein he takes home medals, he engaged to different coaches since he train potential players from his enrollees. At Present there are 15 archers under Coach Carlos wing, he was able to produce winning athletes in Batang Pinoy in 2019 held here in Puerto including his own son. He also teaches in Palawan State University.

For the fees if you’re planning or interested to play archery, Triple 10 offers P250 per hour rates with minimum of 4 shooters, this is to cover his gas, venue rental and electricity in the range, for those who wish to be enrolled in his class, his rates is P2, 500 for two hours session that includes using his equipment. 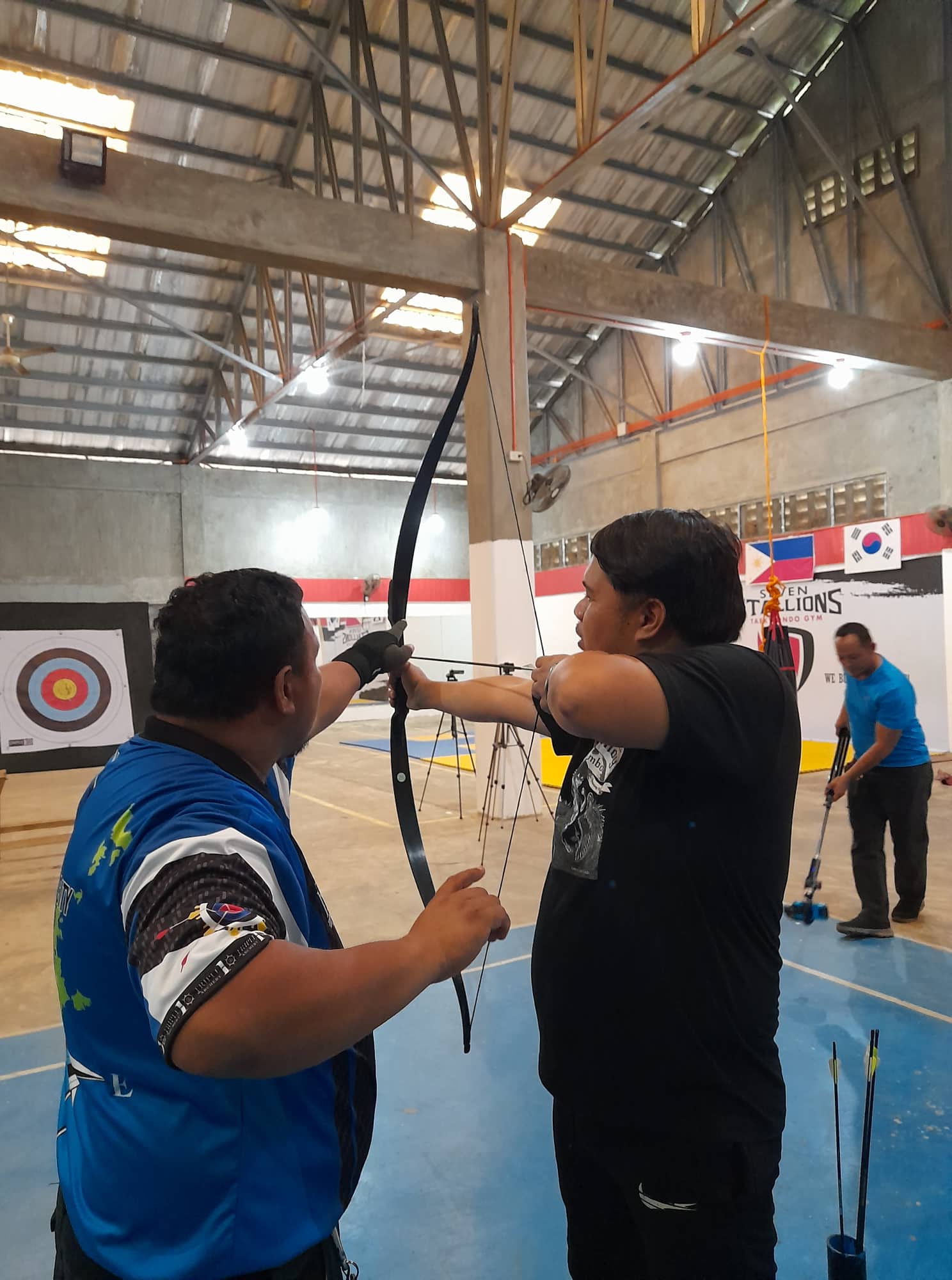 According to Coach Ramil, he advise his students not to wear tight dresses such as leggings, but shorts, pants even Jogging pants are ok to wear during archery session, plus a close shoes to cover the feet. For food preparation he recommends eating Sweet Potato, Potato and eggs before the actual training or practice.

To know more about Archery, you may contact Coach Ramil at mobile nos. 0917 303 8409, or simply send a message to Triple 10 Archery in Facebook page.