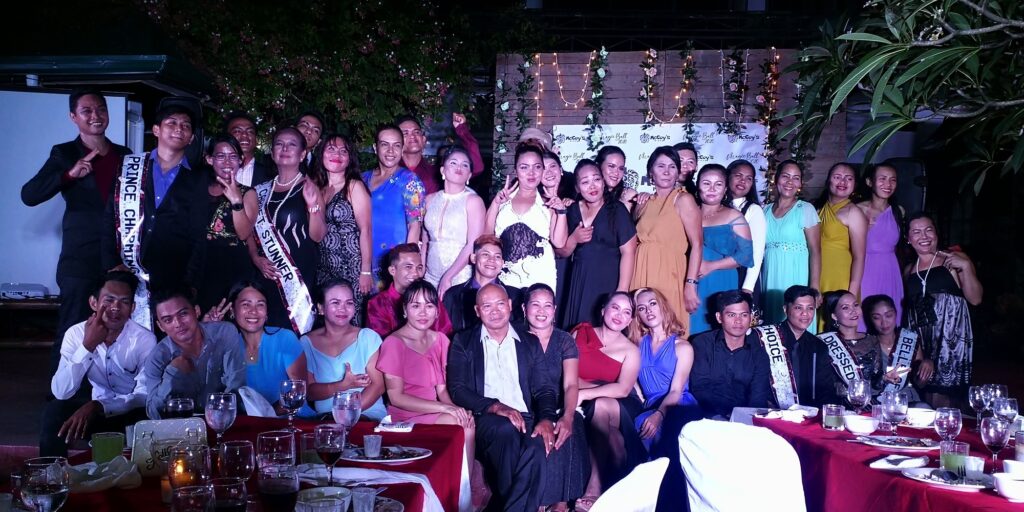 The Thirty Eight staff of McCoys Pizza enjoy a night of glitter and fun, as they hold Magic Ball at Dang Maria last March 10, this serve as a culmination of almost two months of excellent customer service trainings conducted by Mika Goudo, in preparation for all the staff, because McCoys branch is now going three, to open soon at Robinson’s Palawan, the third resto of its kind in the City of Puerto Princesa.

Special awards like King and Queen, Best Dressed and Face of the Night were given to selected employees who dress up for the party.

McCoys started in 2001 as a 16 seats restaurant in San Miguel highway, now the main branch has 140 seating capacity, while the SM branch can accommodate 60 people, and the soon to open Robinson’s branch.

“Little by little we are going to that direction, natutuwa ako tingnan nyo yung team natin palaki ng palaki,” Congratulations to us and goodluck because we have a new endeavour which is the Robinsons, and I know we can accomplish anything together,” Lua Padilla-Hagedorn, McCoys CEO.

McCoys is known for their affordable Pizza, Past and Rice Meals.