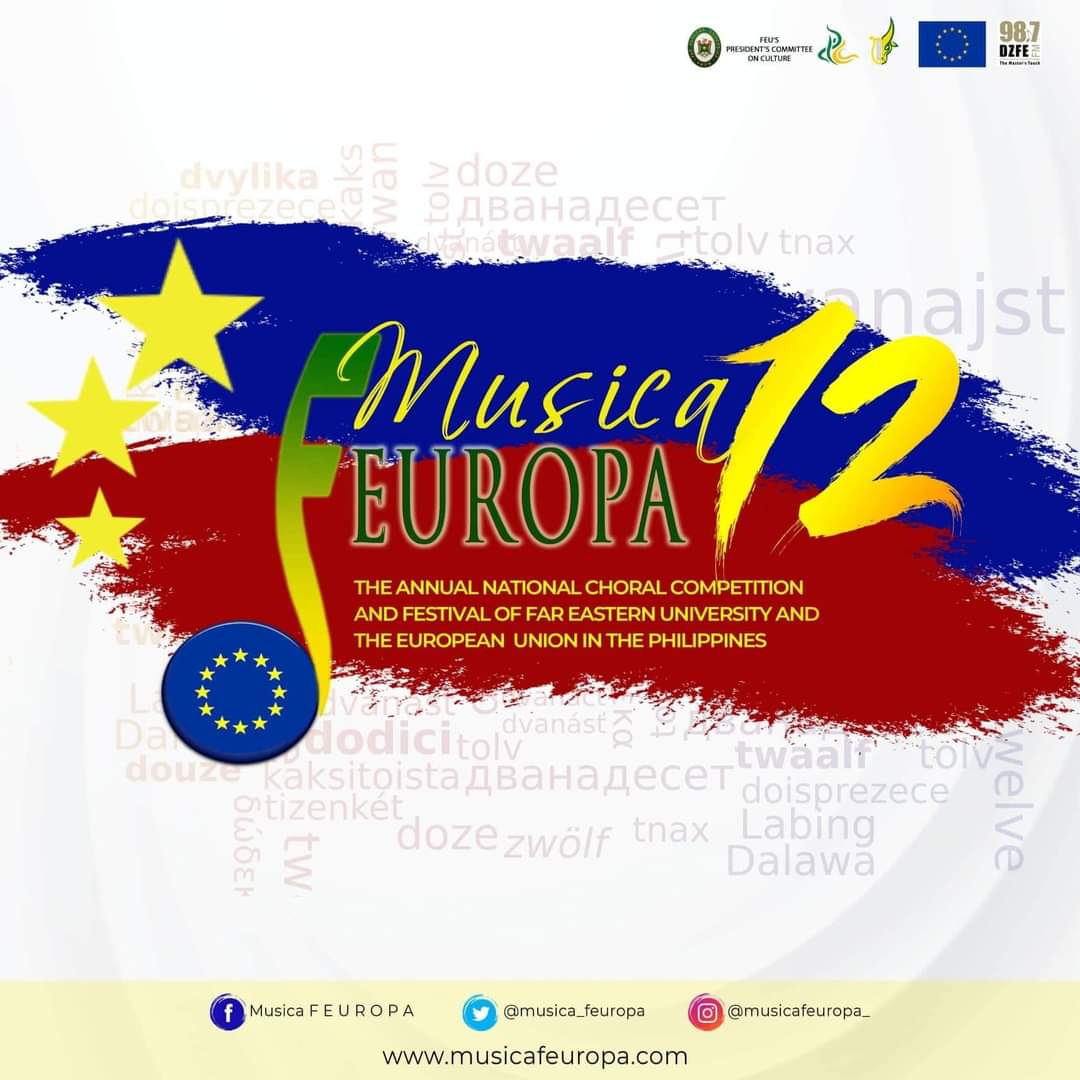 Musica FEUROPA,Far Eastern University’s annual choral festival with the European Union Delegation in the Philippines as its principal partner proudly presents Musica FEUropa 12, a virtual series of concerts for the first time on May 15, 22, 29 and 30, 2021.

Musica FEUROPA 12 will celebrate the power of music with choral groups sharing their virtual performances to showcase both Philippine and European pieces for the public to see, hear and enjoy.

Musica FEUROPA aims to elevate the standards of participating choirs by using the European guidelines for competitions. It prepares Filipino choirs to participate in European choral competitions and fosters an openness to cultural exchange.

The main purpose of Musica FEUROPA is to make it one of the definitive festivals in the choral circuit, first in the Philippines, then in the world:

— To expose Filipino choirs to the works of European composers; and

— To give equal importance to the works of Filipino composers.

As in previous years, highly respected Adjudicators from the Philippine choral circuit will be present in the first three concerts to provide constructive feedback to each of the selected choirs.

Some of these adjudicators will return for the finale on May 30 to conduct their choir in the Concert of Champions.

The latter will feature various Filipino choirs who have won not just in Musica FEUROPA but bigger competitions in the Philippines and abroad.

Invited choirs will submit videos of past or virtual performances of one piece in an official EU language by a composer from the EU, one in any Filipino language or dialect by someone of Filipino descent and the Ode to Joy in German.

The deadline for submission of entries is May 18. Musica FEUROPA 12 will happen via Zoom.

All Musica FEUropa 12 concerts will also be posted on its YouTube Channel and that of the FEU Center for the Arts.

Musica FEUROPA 12 is also brought to you by 98.7 DZFE, official media partner.