Amid the issues surrounding the application of Ipilan Nickel Corporation (INC) for a Certification Precondition (CP) on a mining project that concerns ancestral lands, a group of Katutubong Panlima and Katutubong Namumuno natives formally expressed their support for the company, considering the benefits of mining to community development. 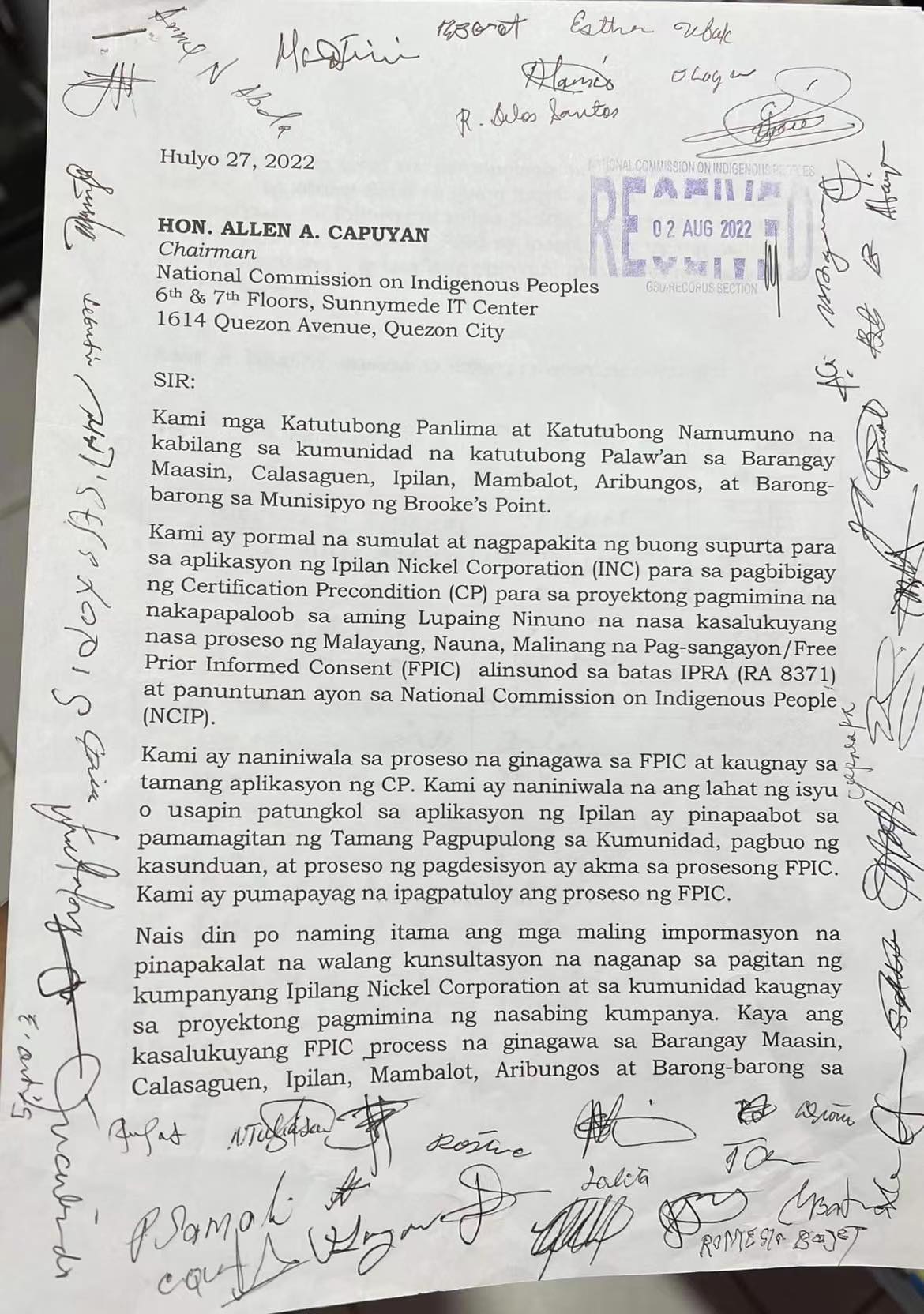 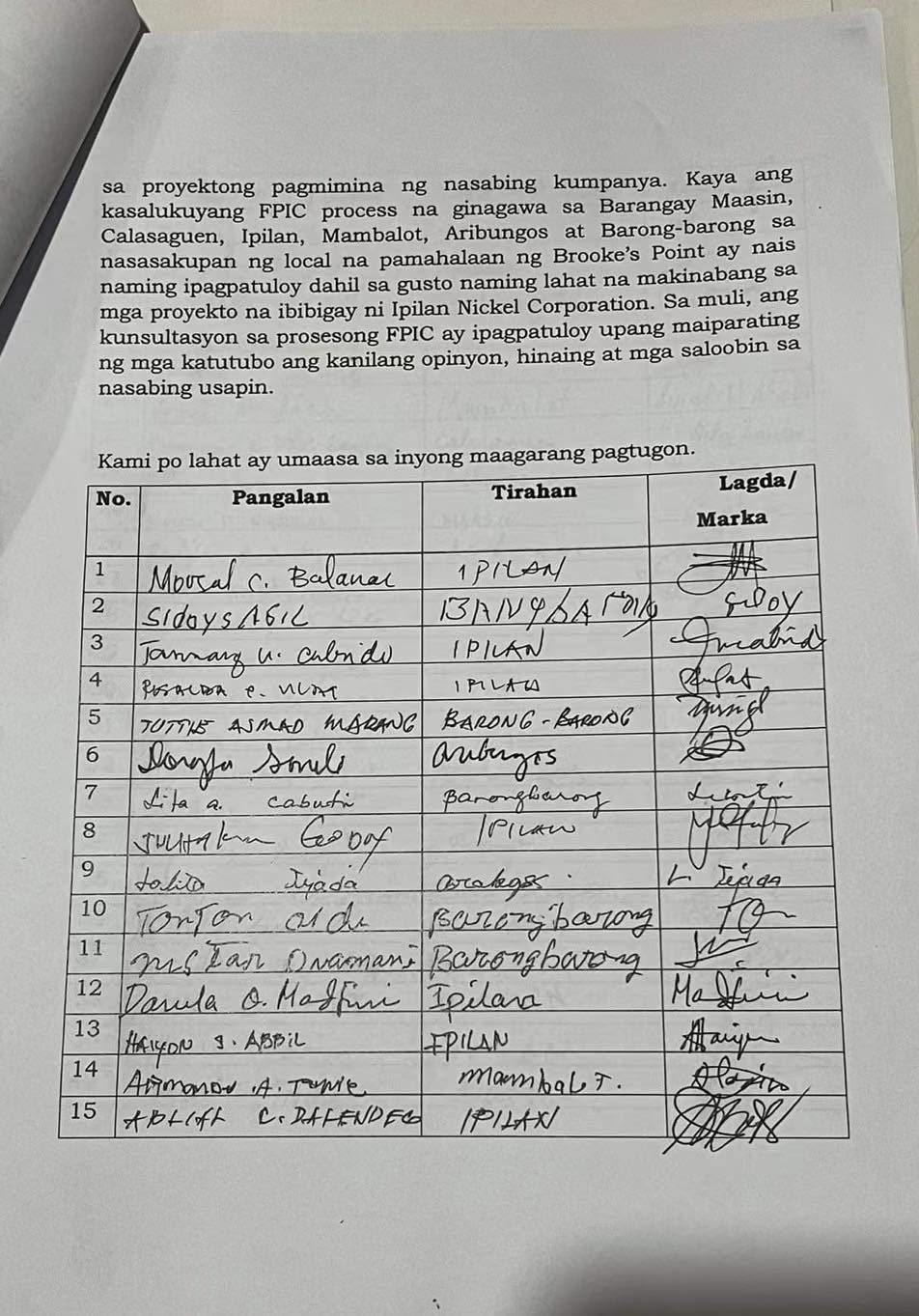 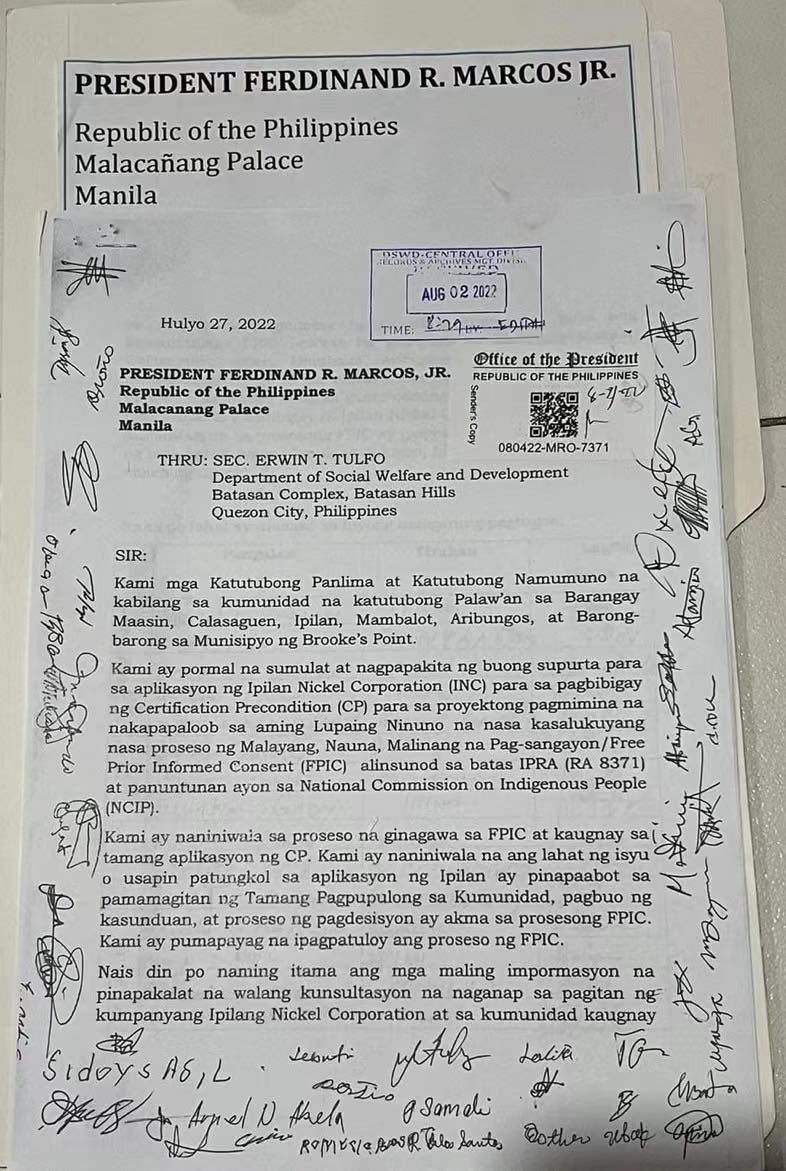 In a letter addressed to the Malacañang, the natives from the indigenous Palaw’an community in Barangays Maasin, Calasaguen, Ipilan, Mambalot, Aribungos, and Barong-barong asserted their strong belief in the process conducted by FPIC in relation to the fair and proper application of INC—a mining company in the Municipality of Brooke’s Point, Palawan—for a CP that will affect their ancestral land, which is currently being processed by the Free Prior Informed Consent (FPIC) in accordance with the Indigenous Peoples’ Rights Act (IPRA) and National Commission on Indigenous People (NCIP).

Along with supporting the FPIC process, the group also strongly condemned the spread of false information, particularly the alleged absence of prior consultations between INC and the indigenous community, and appealed to the public to straighten the facts being released about the issue.

Ultimately, the group reiterated their support for INC’s application because of the extent of the benefits that their community would receive from the company’s projects and ensured that there would be necessary consultations where IPs could convey their opinions, grievances, and thoughts on the said matter.