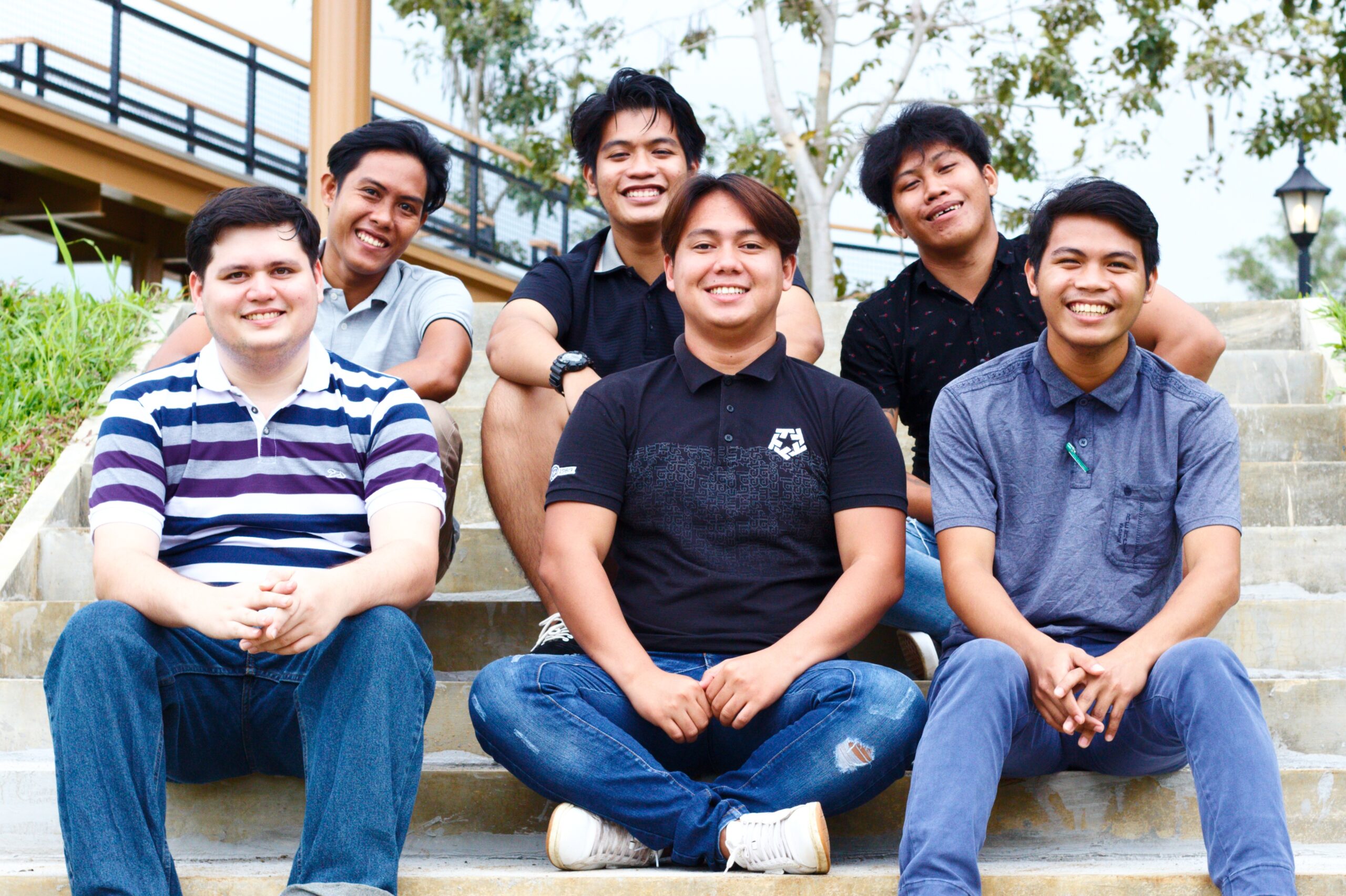 Palawan has a new band called Kwelyo headed by  Armando Cortez Jr. being the frontman,  John Mark Varney for the lead guitar, Daenniel Fernandez as the lead singer, Malvin Samoy for the bass, Juan Marcuz as the drummer, Jaymark Kennt for the keyboard, and Jay Salvacion as the extra member.

Kwelyo was only formed this January and today March 6 they officially release their first single entitle “Sandalan”, is available now in Spotify, iTunes, Tiktok, and other online music platforms.

Here’s is the complete text exchange of emails with Kwelyo front man Armando Cortez regarding the band history and other stuff we need to know about them, for a an article I wrote for them at Palawan Daily News.

How was the Kwelyo band formed and started.

I am Armando Cortez Jr., the one who initiated and recruited the band members.

Last year, I already released two of my songs with the help of my former band Kuyan Yo. The Kuyan Yo consist of four members and we are actually a worship team from a Christian church in Bancao – Bancao. Unfortunately, the band get disbanded because the parents of two (2) of the member no longer allowed their children to play secular music. As a leader of the band, and as an aspiring musician with a burning passion within my heart, I decided to pursue this music passion with an objective of bring positive influence to all of the people, mostly youths, by making good type of music.

I started to make plans for forming a new band. I planned the recruitment and the other initial goals and events that my future band will do. I scheduled the recording of demo of my songs prior to the date of recruitment.

It was only this January of 2021, I contacted the Island Sound Studio, owned and operated by John Varney, for the scheduling of recording of demo. While in the audio mixing phase, we are in the studio, done recording, I opened to John that my former band was disbanded and I’m planning to form a new one as I said to him that I will pursue the music industry whatever it takes. Surprisingly, with moldering, he volunteered himself saying, “Baka kailangan mo ng lead guitarist.” Those words gives me chill and with excitement asked him, “sure ka kuya?” “Oo naman” sagot niya.

On the next schedule of our recording, I bought him my official invitation in a form of a formal letter and he accepted it. That’s how I found the first member. Miracle! Isn’t it? Heheheh.

As planned, I posted an announcement for recruitment of band members on Facebook groups on January 10. I scheduled the recruitment to be from January 10, 2021 to January 20, 2021, then February will be for practice and recording.

During the recruitment date, there are so many youths and other musicians had inquired and attempted to apply for the role, I felt sorry for those who had not been accepted. I made sure that they don’t lose their confidence and music passion by giving them comfort words and I actually became friends with most of them.

The next member I recruited was the Lead singer. He is a well-known friend of mine, my high school best friend. I messaged him in messenger and asked him if he’s interested. He undoubtedly replied with a yes. Then we scheduled his final interview at McDonald’s Rizal Avenue. There he validated his “yes” by accepting my official invitation.

Then followed the recruitment of the bassist. He’s also my classmate from Sta. Monica Annex during high school, and also in our first year in PSU. He was also the bass player of the first band I formed on PSU, the Sci. Cal.

He commented on my post, “sayang naman.” “bakit sayang?” I replied. “Gusto ko sana pero baka hindi kayanin ng powers ko hahahaha” he replied too. “wala naman kaming powers hahaha”. I said. Then I sent him a message in messenger and we scheduled our meet up, again at McDonald’s Rizal Avenue. After he reads my official invitation letter, he just extend his arms to me, offering a shake hands to impliedly express his acceptance.

The drummer and the keyboardist are completely stranger to me. The drummer commented on my announcement post and I sent him a message on messenger and negotiated with him about the band I was forming. I asked him for a video of him while playing drums, and he did. While on our conversation, he recommended the keyboardist.

They are both a former member of the Icon Band, a popular band from Narra, Palawan. The drummer are no longer active to the band for years when I met him. To make the invitation formal and to establish relationship to the recruited members, I always scheduled a final interview at McDonald’s Rizal Avenue.

About the keyboardist, at my first attempt to reach him, I discovered that he is still active in their band, the Icon. So, I ceased the invitation.

Considering that we are almost complete, I called for an official meeting of the band. We used the Island Sound Studio for the venue. On the next day after the first meeting, I posted our group picture, the profile photo of our page, on my Facebook account. The keyboardist sent me a message if I already found a keyboardist. “Wala pa eh” sabi ko. Then he offered himself kung pwede pa daw. “Schedule tayo ng meet up para mapag usapan natin yung sitwasyon mo.” I counter offered.

On the date we have set, we met at, guess where? Of course at McDonald’s Rizal Avenue. There, I interview him about what are his plans and how will he handle his current band while joining to our band. “Nagpaalam na din po ako sa kanila na aapply ako sa banda niyo” he said. “Sino ba leader niyo dun?” I asked. “Si Gio po, yung pinag donate-an niyo ng dugo.” He replied.

As a musician and a leader, I reach Gio by notifying him about the keyboardist’s application to our band. Gio confirmed that it allowed his member.

By that time, our band is already existing, I would like to respect our band agreement that says, “Each member shall have an equal say and vote in the decisions facing the band such as addition of a new band member.” And by that, I scheduled the keyboardist’s audition on the date of our practice at Island sound Studio. On that day, he auditioned and won the heart of every member. And that day we officially named the band as Kwelyo. 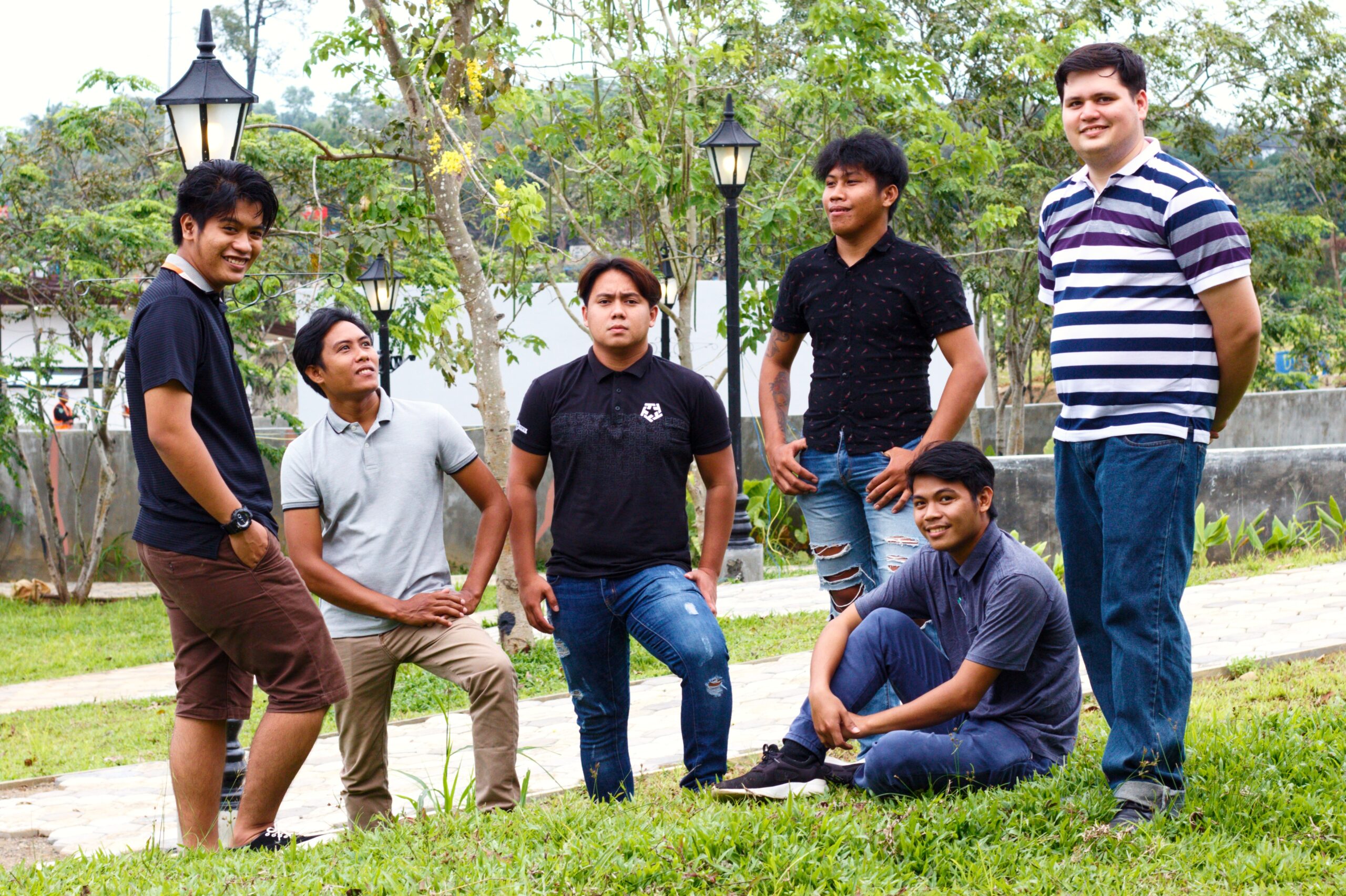 What’s with the name Kwelyo

If you wouldn’t mind, we vow to the band that we will not tell the reason behind its name until we become successful as our favorite bands achieved. In fact, people will not be interested about that while the name is still not shining.

Who are the members?

Malvin Samoy | the person that has almost the same music taste as mine, 90’s OPM bands; The heartthrob

Juan Marcuz | Pro Drummer from several bands after a more than six (6) years of music career.

Jay Salvacion | Extra member, Volunteered himself to be the band’s photographer, He has the credit for all awesome photos of our band.

Guest singer of events since 2015

About the upcoming releases of songs

I formed the band for the main objective of production of original music.

Yes, we will release our original songs. By the coming first week of March, we will release a single, we are still deciding what song it will be. We are choosing from the seven (7) songs that will be contain to the EP that we will going to release by the month of April this year. The EP has no name/title yet.

Also, on this coming February 5, 2021, an EP named Hearts EP, released by John Varney, our lead guitarist, will be available on all major Music platforms. The EP contains four (4) of his original composition with genres as soft ballads, country pop, and waltz.

The band has no contract with any label yet. And it is one of our major goal to sign a contract with the major recording label in our country such as Viva Records, Universal Records and other.

The genre of Kwelyo’s Music.

Our music genre are Pop rock, Alternative rock, and Soft ballads. Most of our songs are influenced by 90’s OPM bands.

We would like to spread positive influence through our music by producing music with lyrics that contain no racism, no hate, no degrading of other person, no mocking words, not showing disrespect to religion and cultures of people and races. Our ballads are inspired by our own love stories rather than broken heart experiences. We will try to bring to our audience the experience of being serenaded.

Soon or someday, we will release our inspirational/motivational songs. Maybe in a form of an album if happen that we will earn enough from the selling of our EP to support the next project.

Local and National artists that Kwelyo’s looking up.

I, to be honest, is very supportive to all local artist I knew. I first admire the success of the Woopis band. It’s Because of them I began to believe that local artist of Palawan can have a real music career. I always searched their music and new released. And to be honest, I haven’t watched them performing live yet.

We also admire the cute duo of High Hello; the inspiring journey of Rey Abrea and his Band PYEZA. We are friends with Simon Almira, I admire his achievement of winning the grand place on a songwriting competition during Baragatan Festival, and I forgot the year.

We also look up to the aspiring band with 60’s sounds and style of music, The Flipside. I was really became a fan of their music arrangement skills, John agrees with that.