Signaled by critics to be “PETA’s next surefire hit” calling it “a rare intelligent gem,” Walang Aray is literature and history coming alive in the most cutting-edge and entertaining manner. 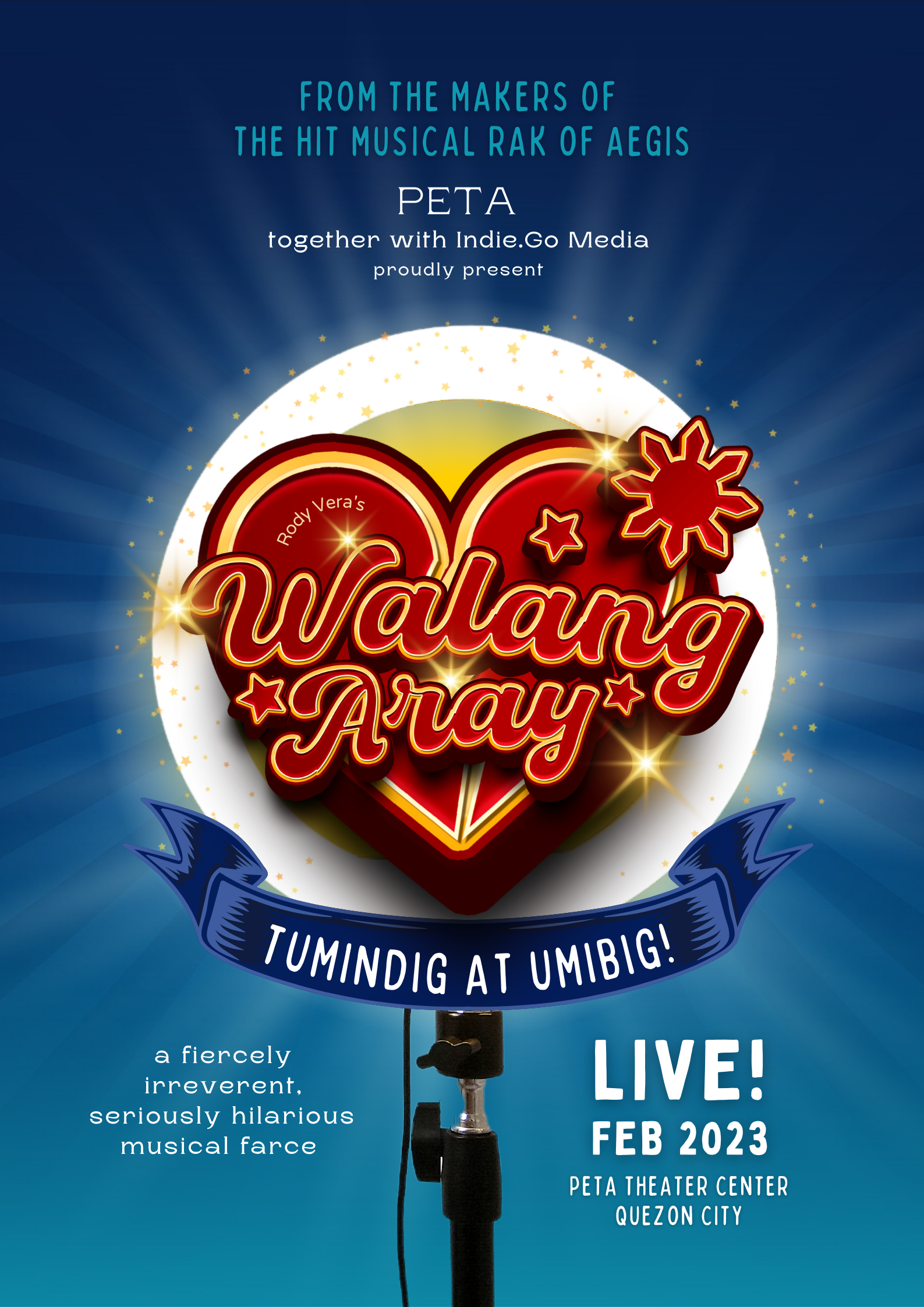 Presented by PETA with Indie.Go Media, Walang Aray is a genre-defying adaptation of the screenplay Walang Aray, based on Severino Reyes’ classic sarsuela Walang Sugat.

For partnerships and showbuying inquiries, contact Mitch Go at 0917-539-1112 or email PETA at petatheater@gmail.com.