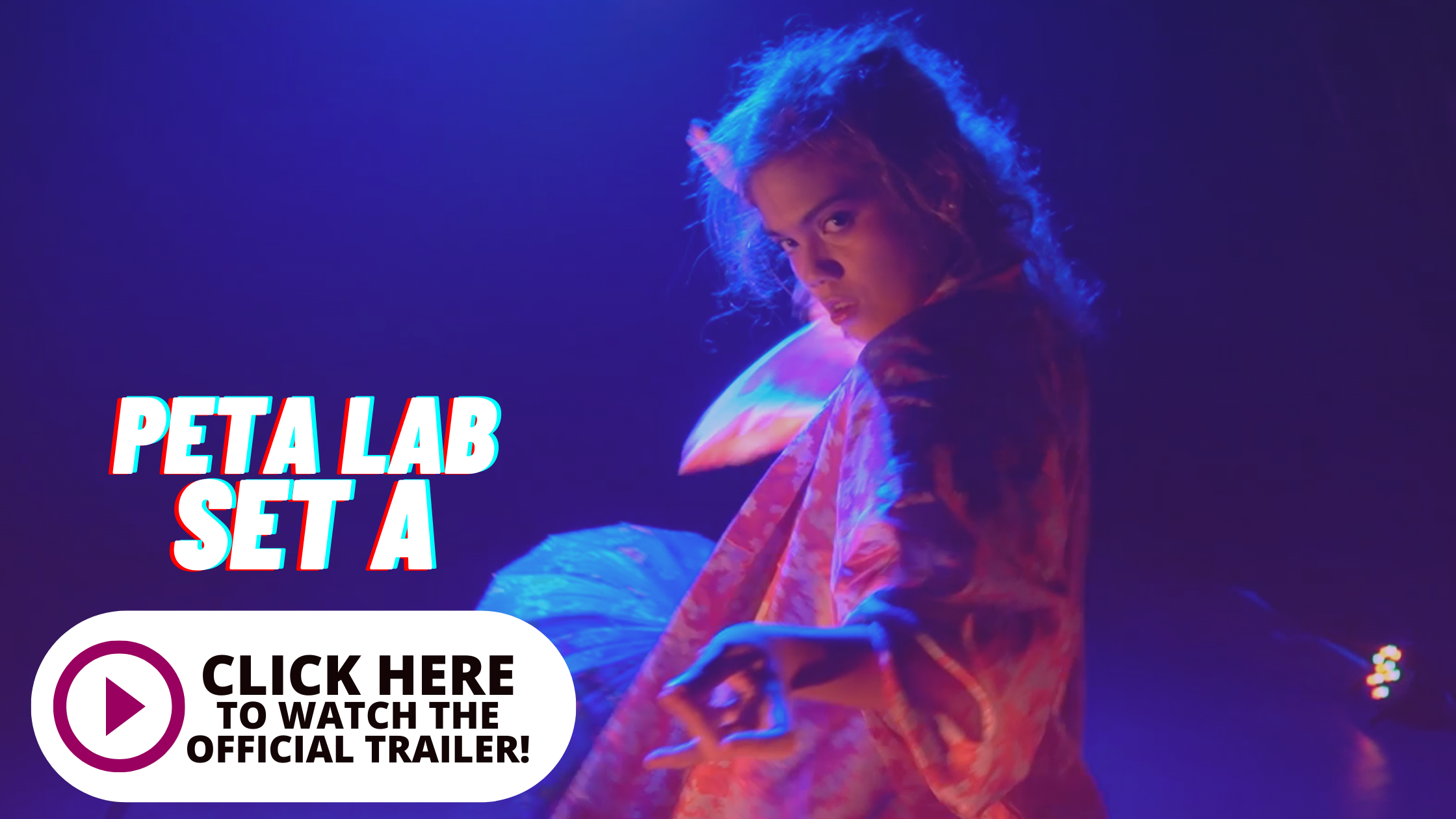 The Philippine Educational Theater Association (PETA) is ready to open to doors of its virtual theater, welcoming the first online edition of the PETA Laboratory! Dubbed K.E.-POP: Kalinangan Performers Overcoming a Pandemic, this year’s PETA Lab offers a wide array of new and old works relevant to the time of the COVID-19 pandemic. The online streaming festival features a total of six shows streaming via www.ktx.ph from November 27-29, December 4-6, 2020.

PETA Artistic Director and PETA Laboratory Director Maribel Legarda describes PETA Lab 2020 as a tribute to the artist’s capacity to be creative and resilient despite COVID-19. “It’s going to be a mixed bag of things,” she says, “We hope that these explorations will be very interesting for our audiences, especially in these times of isolation and disconnection.”

PETA Lab 2020 is offering two sets of new works with three productions in each set: PETA Lab Set A brings audiences Maskian, a dance piece on mask-wearing throughout history until the pandemic, written and choreographed by Carlon Matobato; WFH, a Zoom-based theater piece on the struggles of employees during quarantine, written by Michelle Ngu and directed by Meann Espinosa; and Hello, a devised work about isolation amongst young people, directed by Ian Segarra and Keiko Yamaguchi, sponsored by the Japan Foundation

Alongside this, PETA Lab Set B presents Finding Z, a play on mental health written by Jean Gladys Vicente and directed by Ian Segarra and Julio Garcia; Harinawa, a play on extra-judicial killings in the Philippines, written by Michelle Ngu and directed by Lotlot Bustamante; and Second Set: 2 Meters Apart, a docu-musical about the experiences of parents, teachers, children, and frontliners during the COVID-19 pandemic directed by Norbs Portales with music by Ada Tayao. 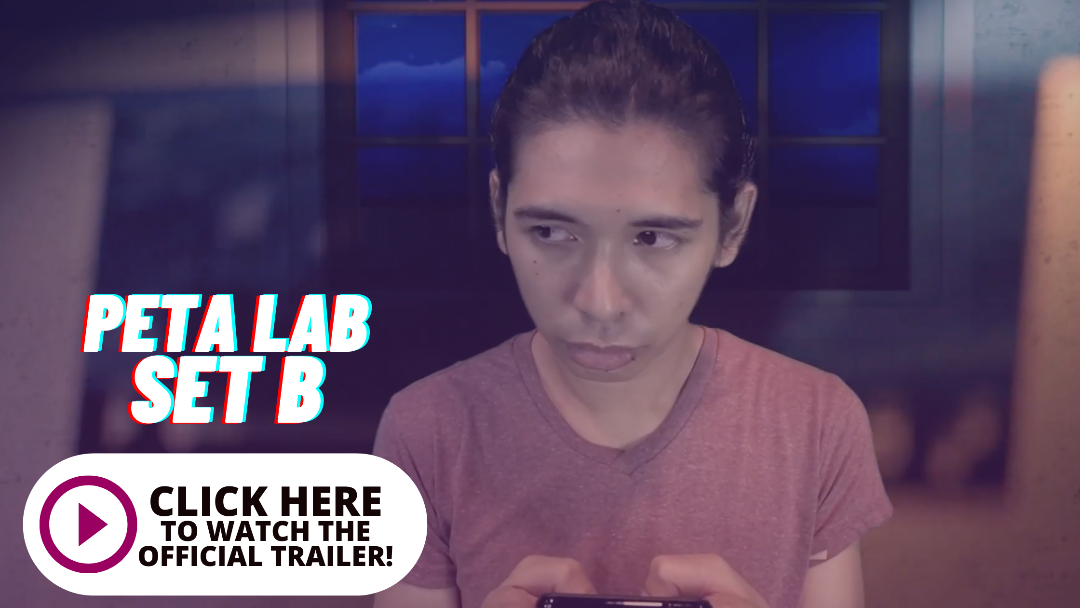 The cherry on top for this year’s PETA Lab is something that has not been done for the previous years: PETA is streaming three of its past, well-loved productions. Audiences can now revisit one of PETA’s most in-demand hit musicals, Liza Magtoto and Vincent De Jesus’ Care Divas, along with the voter’s education musical Vincent De Jesus’ Si Juan Tamad, Ang Diyablo, at Ang Limang Milyong Boto, and, for the first time on screen, the historical and landmark musical, Carlos “Charley” de la Paz and Lucien Letaba’s 1896 – the first and only sung-through musical of PET, which tells the story about the Philippine revolution. In addition, PETA has also shot a full-length documentary that weaves through its 54 years of work as one of the country’s groundbreaking theater companies. Directed by Dudz Teraña, Living Voices, is an in-depth look into the rich history of an institution that has withstood time and tide, featuring tales of humble beginnings – also available with this year’s PETA Lab offerings! 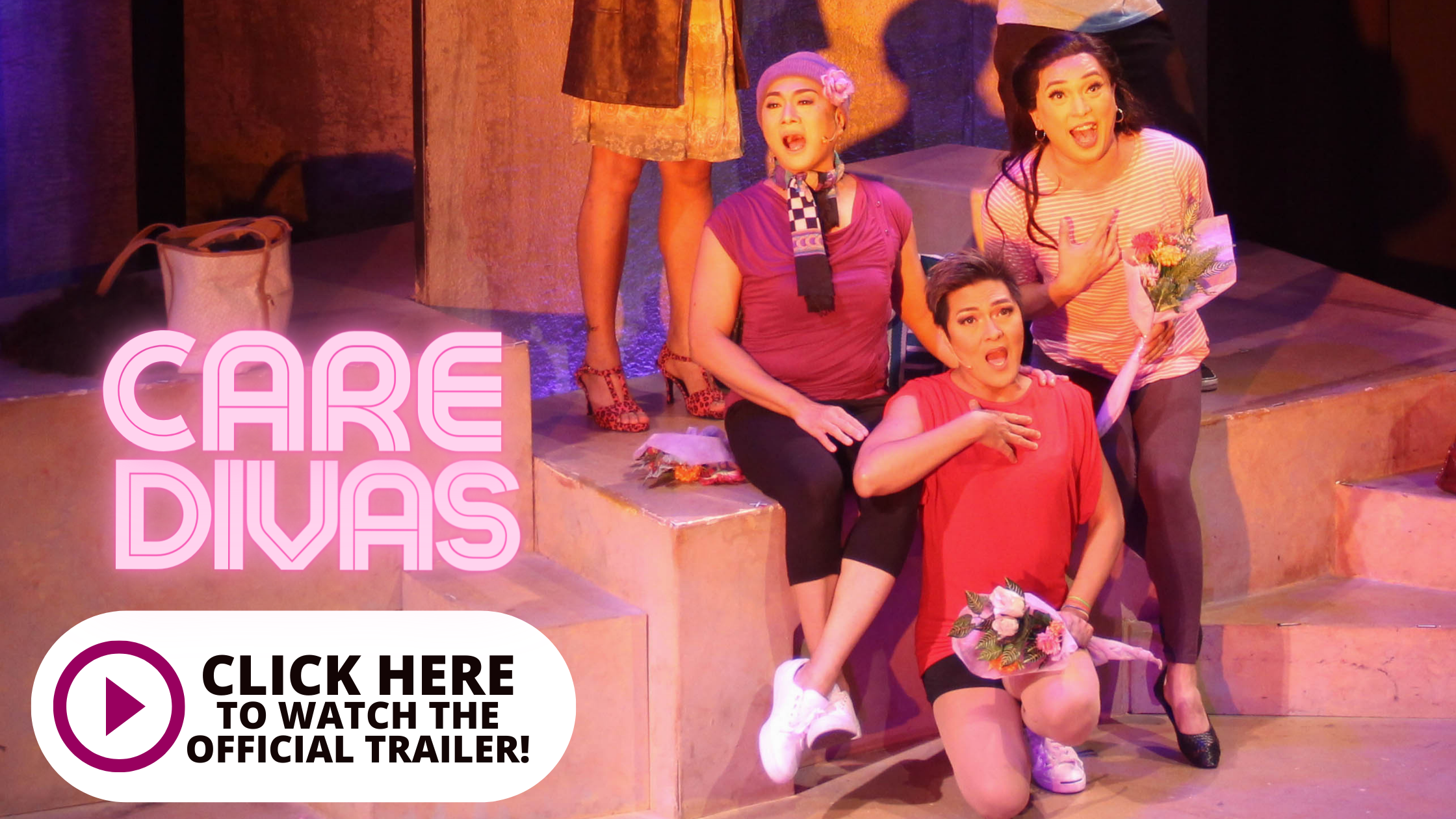 Coming to our screens starting November 27, these new explorations are PETA’s response to the changing times we are currently facing, by creating works of art and bringing back performances that echo the stories of Filipinos today. “We would really love and need the energy that the audiences bring to us, because of course, we miss that,” says Maribel Legarda about migrating theater to the virtual stage, “That’s the gaping hole that will never be filled. But given this condition, we’re more than willing to accept this challenge – explore and create new ideas and new stories, and at the same time, introduce who we are as artists.”

Watch PETA’s streaming festival from November 27-29 and December 4-6 via www.ktx.ph.